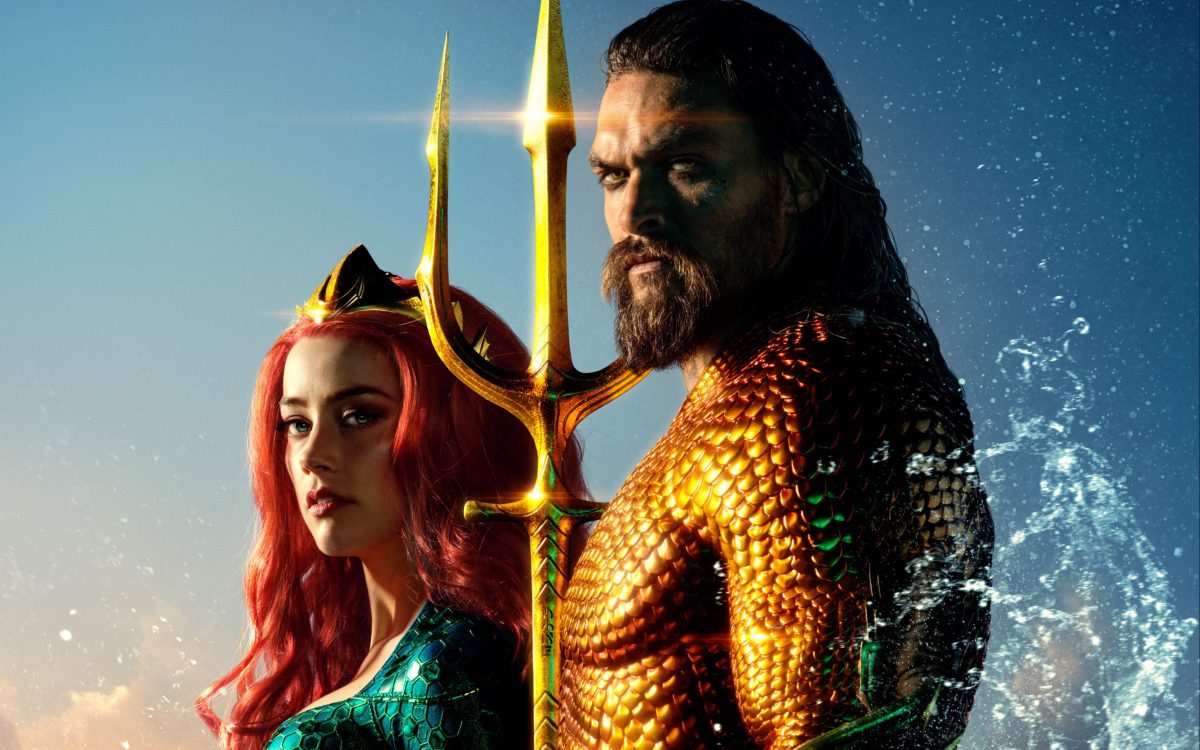 Not since Arnold Schwarzenegger destroyed one-fourth of the country of Val Verde in Commando has an action-adventure movie so brazenly thrown caution to the wind in an effort to entertain an audience.

And entertained you will be.

Silly Since The Beginning

Really, though, where else could they have gone with this? There was no way to make this into an earnest affair, the way Wonder Woman went — which in hindsight was a massive gamble that paid off well.

If you know me from my writing, you know I am clueless about comic books but always eager to learn.

Yet and still, I couldn’t care less about Aquaman as a character. Previous DCEU movies did nothing to interest me in him, although I did really love Batman v Superman.

My knowledge of Aquaman was limited to stuff like this:

So I commend James Wan for going into this movie committed to creating a camp classic.

His direction is straightforward action stuff, but everything he captures and adds into the movie is camp to the hilt, which therefore makes his directing style something I’m going to go ahead and call CampGenius™.

Everyone in the cast looks as though they’re having a blast performing here. I can imagine they were surrounded by greenscreen sets but each actor seems swept up in the ridiculous grandeur of it all.

Jason Momoa adequately fills the shoes of the lead in a big-budget action movie. As I learned from another of his movies, Momoa is a decent actor, but he’s got that charisma x-factor that is missing, for example, in Black Panther’s Chadwick Boseman, which allows us to root for Aquaman in every single scene.

Willem Dafoe plays a Mr. Miyagi-esque character, complete with seaside training scenes, and it was also fun seeing folks like Michael Beach, Temuera Morrison, and Dolph Lundgren on screen again. And listen for an interesting cameo by none other than Julie Andrews.

Patrick Wilson must’ve watched Mortal Kombat (1995) three times a day for a week in preparation for his role. His performance would be right at home in that movie. It’s obvious and intentionally one-dimensional, yet each of his scenes is set amongst some of the best visuals in the whole movie.

I have to give special mention of Amber Heard. I’ve had a thing for her since Drive Angry, but here she achieves prime Sharon Stone-levels of deadpan delivery and intense sex appeal. She’s an excellent counter to Momoa and their interactions keep the movie rolling.

You Can See The Sea

Speaking of the visuals, they’re incredible to behold. The undersea continent of Atlantis, its people, and their technology are all stunningly colorful. The various races of the deep are also a lot of fun to look at.

However, Wan doesn’t dwell on his accomplishments there. The visuals serve the story and its pace, not the opposite. The visual design is the most earnest part of this movie, yet with talking fishmen and crab-people, how serious can it really be?

For Crom’s sake, there is a glowing purple octopus playing war drums in one scene!

Of particular note is the costume design. Fans of Bethesda’s epic video game Skyrim will recognize some Elven-armor-inspired designs. Amber Heard wears a gown made of jellyfish.

Going straight back to the camp, Black Manta is very broadly drawn in terms of character and design. Amongst the sleek combatants from the depths, Black Manta looks and moves like a Power Rangers villain, but thanks to the overall tone of the movie, it works.

I lost track of the hand-to-hand fight scenes, but there are at least seven or eight. They’re fun, and all that was missing were the colorful POW! and BAP! titles from the 60’s Batman series.

I also lost count of the explosions, which hilariously occur at the most inopportune moments for our heroes.

Hotter Under The Water

To top it all off, this movie is full of 80s movie references. Everything from The Karate Kid to Raiders of the Lost Ark to Aliens. The only thing missing is a Harry Hamlin cameo.

If you’d like to turn your skepticism off, get your stress level down, and put a big grin on, go see Aquaman. It’s good old-fashioned 80s fun.

Oh. Remember when I said I loved Batman v Superman?