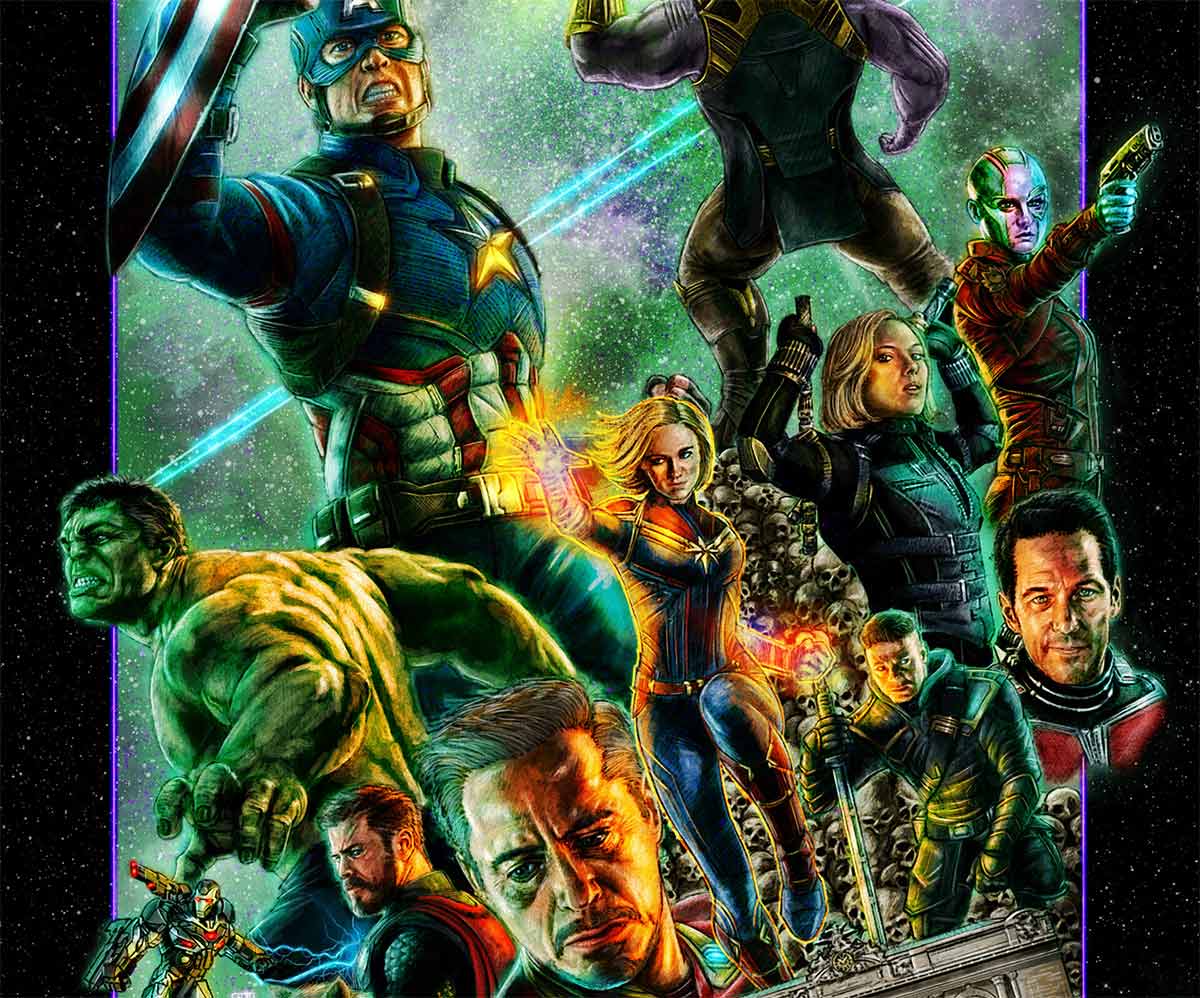 This Is A Spoiler Review, Get It?

Avengers Endgame was draining. It was emotional, it was a spectacle, it was morose, it was happy, it was at times muted, quiet and very Nolanesque. In fact, the first hour might have well as been filmed by Nolan.

And that’s a compliment.

The Russo’s are extremely talented filmmakers and it shows. Some of the finest scenes are eerily quiet, panoramic scenes of empty vista and farms.

TDK, Dunkirk, Interstellar… all these had an influence on the cinematic style of this film.

I really liked the first hour the most. It just grabbed me.

Don’t get me wrong, the Quantum Leap / Star Trek / Mission Impossible stuff was wonderful in its way but that first hour still has me thinking.

That line about Peanut Butter Sandwiches. We haven’t seen that quiet gravitas in a Marvel film.

This Is Really Three Films

Forming the Avengers lynch mob to go after Thanos ( Now in full-blown Intergalactic Green New Deal Al Gore mode) and Thor lopping off Thanos’ head was great and satisfying and wonderfully brutal for a Marvel film.

Have to say I’d love a Ronin movie, Batman Jeremy Renner was fantastic and his street battle with Hiroyuki Sananda was amazing. These guys could make a hell of a Batman film too.

It’s all great fun but stuff we’ve all seen before.

Tony Stark spending time with his dad was moving, Cap spying on Peggy broke your heart, I guess Loki found a way to cheat death if I’m reading the scene correctly? A little too zany for me but wildly entertaining.

Black Widow’s death was sad but her character was always suicidal and we all new Clint was going to be reunited with his family at the farm in the big payoff at the end.

Aside from Cap wielding Mjolnir and we’ll just about any scene involving him or Stark, I liked this part least. Too much hyperkinetic pew-pew.

Thor treated as a big pussy.

The whole thing felt like a CG video game, which is really what I like least about superhero films. But, again, Cap actually using the hammer far more effectively than Thor ever has on film was pussysauce… giggle.

Tony’s death scene was telegraphed for months and it killed me but it was done to save the entire universe and it was poignant so as much as I’d like to think it was a future version or alternate version of himself that died or that he downloaded his memory like Spock or whatever I think he’s gone.

Disney doesn’t want to pay his salary anymore knowing they can make nearly as much money with cheaper actors assuming the heroes roles, same reason Cap found his personal closure.

Cap gets his closure and as he returns the stones to the points in time when the Avengers borrowed them he decides to make a detour to 1944 and marry Peggy. He also decides to stay there and apparently live out his life as a non-interfering observer with his Shield agent wife. Their dance was beautiful and for me, a little selfishly sad as Cap’s official Marvel tenure is closed and we won’t see him again.

He does, however, appear in the present looking very much like a 75-year-old Kirk Douglass to pass the mantle and Shield to Falcon as the new Captain America.

I’ve always liked a Sam and assuming he can get his hands on some super soldier serum, I think he’d make a fine Cap to carry the torch. Tony’s funeral was intended to crush your noots into paste emotionally and it did.

For me, the entire MCU began and ended with Steve and Tony in the same way Trek is and always will begin and end with Shatner and Nimoy. I’m sure I’ll watch the new Marvel phase whateverthefuck era but I doubt it’ll mean anything to me more than a mild cinematic diversion.

Some Fucking Shit That Bugged The Shit Out Of Me

Here are some things that pissed me off…

Ok, I get it… apparently Thor is joining the Guardians now so they have to reduce his powers and make him a comic relief bungler hero.

Man, that pisses me off.

He gets the initial kill shot on Green New Deal Thanos then becomes fat Jeff Bridges with reduced power levels? How is it that Odin-Power Thor in the last film was as strong as Gauntlet Thanos but in this film Thor wielding both Stormbreaker and fucking Mjolnir can’t stand toe-to-toe with No-Gauntlet Thanos?

He gets his ass kicked with ease.

Comic relief dumbed down Banner. Again why does everyone have to be a jokey bungler? Banner is literally one of the three smartest minds in the Marvel Universe, he’s not the nutty professor. The early time machine stuff was funny but minimized his genius. Think all of the slapstick stuff is the Guardians effect. A little goes along way and not everyone in the MCU needs to ape Chris Pratt.

Aside from the terrific scene of Hulk wielding the gauntlet and his lifting the mountain of rubble ala a Secret Wars, there was no direct Thanos rematch.

Seeing Stark snap Thanos and his army to dust was fantastic but how about snapping all but Thanos to dust and then Hulk sees Tony die, reverts to savage Hulk and fucks Thanos up and tears his head off (literally). Woulda been cooler and wouldn’t have made Tony’s sacrifice one bit less poignant.

Nuff said. Love all of them except Captain Bland but that scene was ridiculous and unnecessary, they were already all being terrifically heroic. Tired of putting everyone into groups and classes. I thought we all fought to end segregation?

Well just about everything aside from the few things that bugged me.

I only criticize because this film was as close to a perfect cinema experience as I’ve had since Star Trek II: The Wrath of Khan and with a little less jokiness and a better interpretation of Thor’s power it would have been perfect.

Especially his dance with Peggy and actually wielding Mjolnir better than Thor.

He (and or Cap depending on your point of view) is literally the greatest cinematic Superhero ever. There will literally never be another and he hammed his way through every last scene with gusto knowing they would be his last in the role. His goodbye was to all of us and I’m going to miss the character a lot.

Everything With A Cap And A Tony

This generation’s Kirk and Spock.

This film’s main payoff was literally about Hawkeye being reunited with his family. He was phenomenal and if there was ever a doubt as to who the heart of the Avengers was (besides Cap and Tony) there shouldn’t be. Clint is the fucking man.

The return of the snapped. Come on who didn’t cry when they all came back and Tony gave Peter a father and son embrace. You have no soul if it didn’t move you.

The Glorious Cinematic Eye Of The Filmmakers

Especially that first hour. Shots that woulda made Kubrick proud.

So what about you all?

Love to hear what you thought. And if you disagree you can kiss my ass!!