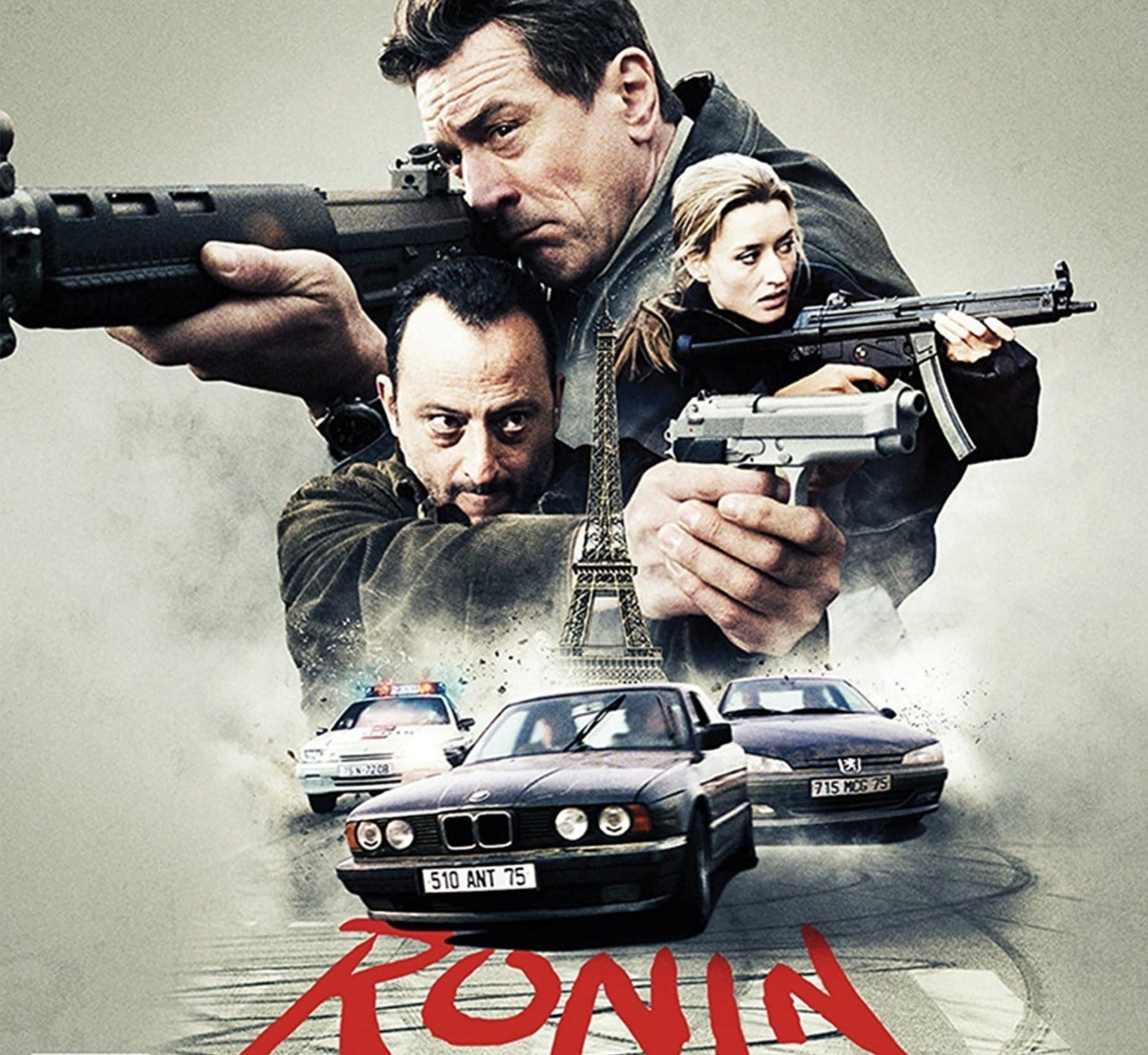 Frankenheimer makes some brilliant choices, especially in editing and pacing, but the true force behind the movie is writer David Mamet.

Perhaps more than any other writer of screenplays, Mamet has the ability to immerse an audience in a world of his creation and give them the experience of living that life.

Each movie plays like a how-to manual on its subject, and each is an incredible experience. You can get up off the couch after watching those movies ready to fight crime, kill a bear with a stick, tell your boss where he can shove it, or plan a violent heist in France. 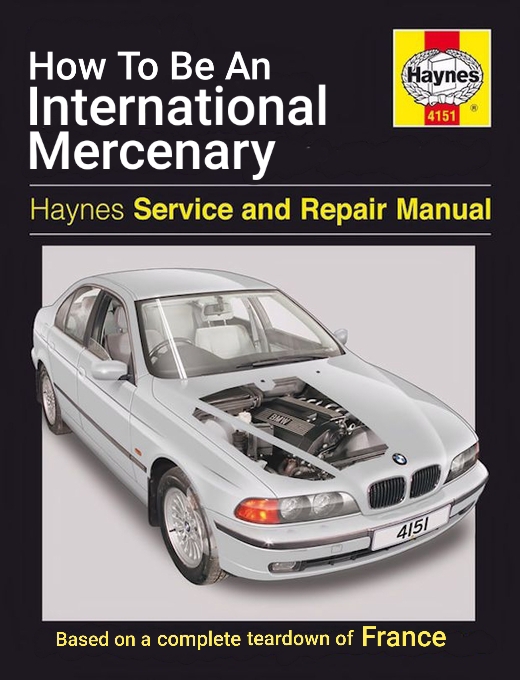 The Engine And Frame

As I mentioned, David Mamet is the driving force behind the movie and, consequently, dialogue-heavy scenes are every bit as thrilling as any of the car chases and shootouts.

I should note that there remains some behind-the-scenes discrepancy on which writer, Mamet or J.D. Zeik, is most responsible for the Ronin script, but truly all one needs to do is watch it and compare it to any other Mamet work. His mark is unmistakable.

In Ronin, he tells the story of a team of mercenaries assembled to steal a mysterious case. A chimpanzee could probably direct a Mamet script and nail it. His screenplays are that good.

That isn’t to take anything away from Frankenheimer, as his direction is perfectly complementary to the script, but I tend to think his job was a lot of fun here.

As I also mentioned, editing and pacing are perfect here, as is the cinematography. Frankenheimer nailed the framework of this movie.

Much as a good director gives more life to a Mamet script, talented actors make his characters shine.

As is almost customary with a “Mamet movie” each character is sharply drawn and yet blends seamlessly with the plot and the other characters. 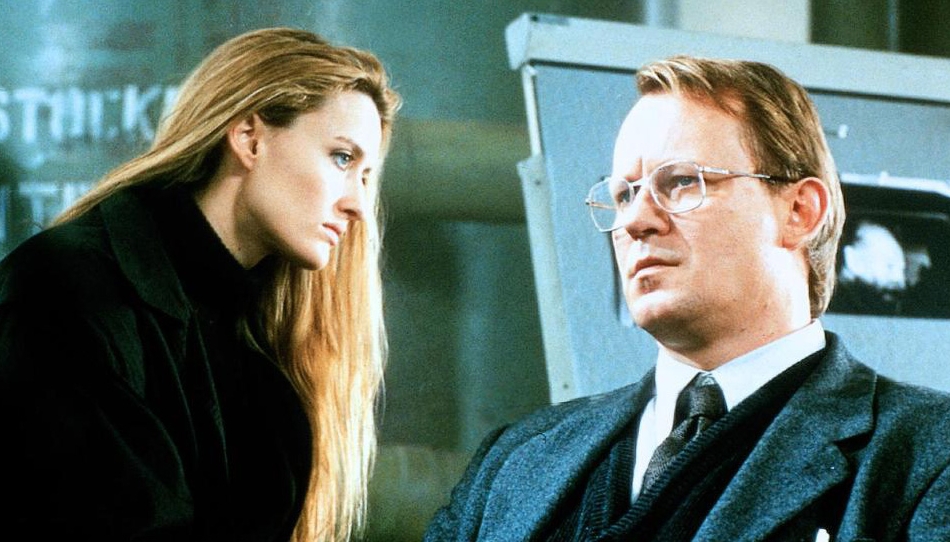 Without discussing any plot points, each character in the movie will keep you on the edge of your seat. After an early betrayal, you’ll never be sure which of them can be fully trusted. Furrowed brows are many in this movie. 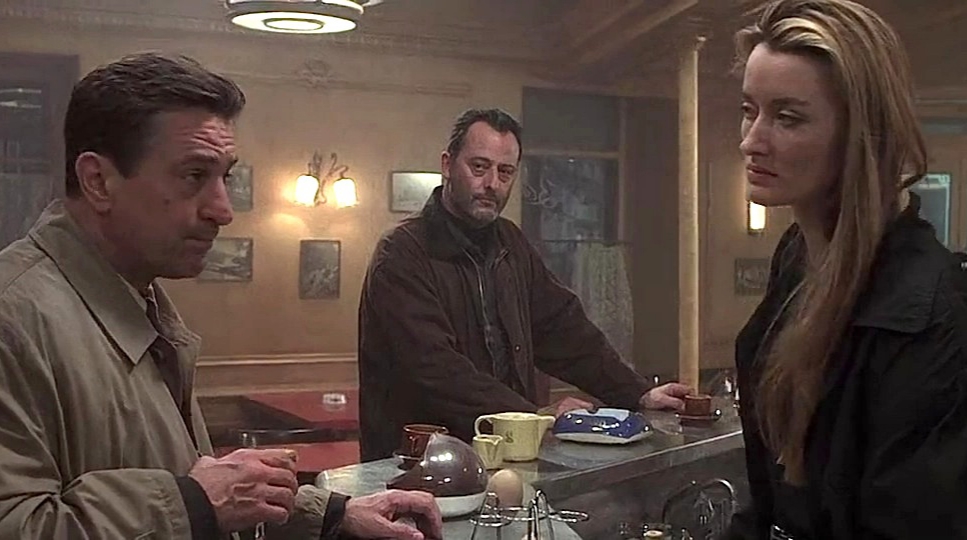 This aspects adds a thick sense of dread to an already tense situation, and that in turn allows each actor to ratchet up the intensity.

The sense of intrigue is almost comical as the movie opens, as De Niro’s character ducks in and out of doorsteps and shadows, sternly reviewing his surroundings before committing to action. He’s mistrustful in the extreme.

As the movie progresses it becomes clear that he is mostly interested in saving his own skin, as he demonstrates a grudging acceptance of the team, only to show his true colors when it matters most. 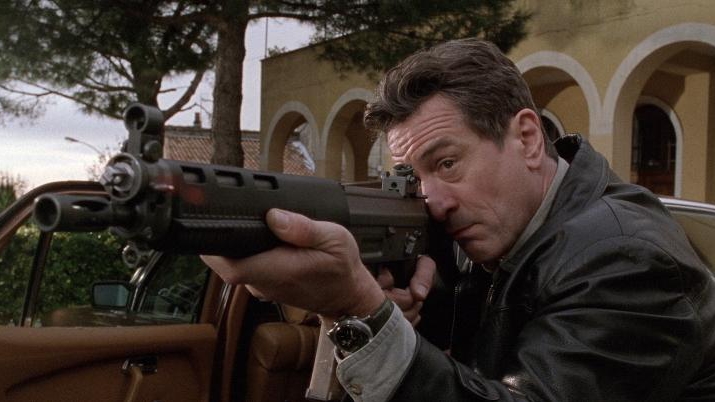 His character is also the strongest indicator of Mamet’s overall theme in this movie. More on that in a bit.

The title Ronin refers to a samurai who is without a master and therefore roams about, seeking work where he may find it. That alone imparts a sense of melancholy to the beginning of the movie, as our characters gather out of the rain, in a way like moths drawn to the warm glow of a cozily lit bar.

What tragedies befell these folks? As the movie opens, each of them has a wounded and yet expectant look on their face, as if they’re waiting eagerly for either salvation or death. Before the plot kicks in or any words are spoken, Frankenheimer has already invested his audience in the characters. 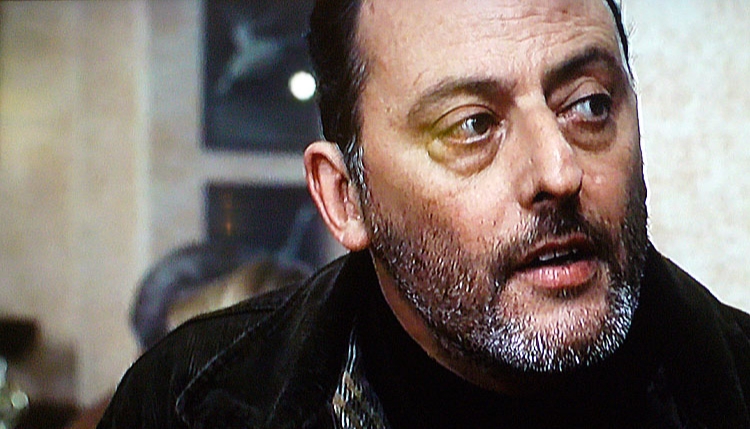 He also smartly uses his camera to follow at the actor’s back or track alongside them on several occasions. As I noticed in my viewing of The Rainmaker, this made me feel like I was a part of their group and right in the middle of the plot. It’s a brilliant device.

Complementing all of these aspects perfectly is the musical score, written by Elia Cmiral. This was his first score for a major studio movie.

Without giving anything away or posting a YouTube clip of the music, I will tell you that listening to it apart from the movie’s visuals will leave you feeling very sorrowful. If I’m also being completely honest, it sounds a lot like something that this human-trafficking son of a bitch might play by firelight as he courts a victim: 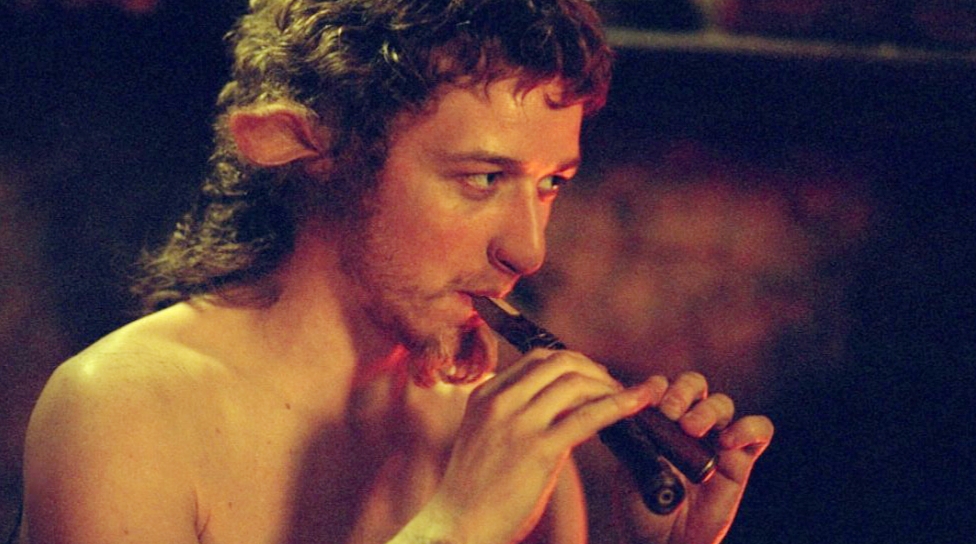 In all seriousness, the music matches the intensity of the script and the visuals beat for beat, never letting up as you’re eventually hurled along at breakneck speeds.

Where The Rubber Meets The Road

I could gush about this movie all day but I won’t do that here. Go watch it now. If you’re a fan of noirish heist movies or car chases, this movie is the ultimate in combination of both. It truly could not be more perfect.

But so what? Many movies are great thrill rides. What sets this movie apart is the theme that Mamet worked into the story.

Be mindful of this as you watch it, especially those in a career or relationship of more than 15 years: what would you do if it were all taken away from you? Who would you become? Where would you be?

As the characters in this movie sadly suggest, there is little to the aftermath of the loss of purpose. We must strive for meaning outside of our career or even ourselves. I hope each of you find that meaning, and let it be your true master.

With this review, I am retiring the Queue In Review series. I’ve enjoyed it and I hope you have as well, but I’m done holding your hand and walking you through those streaming service offerings.

I know you’ve matured beyond their control and we can plainly see that they, especially Netflix, are becoming increasingly self-serving and agenda-oriented. Fuck them and fuck Hollywood.

Yet, as with the characters in Ronin, I have come into possession of a mysterious case. I’ve opened it, and I’ll be back here at FilmGoblin to share with you the contents in a new series called Cinematic Immunity.

Until then, I remain your humble Ronin. 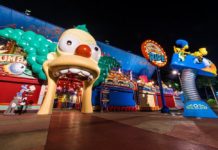