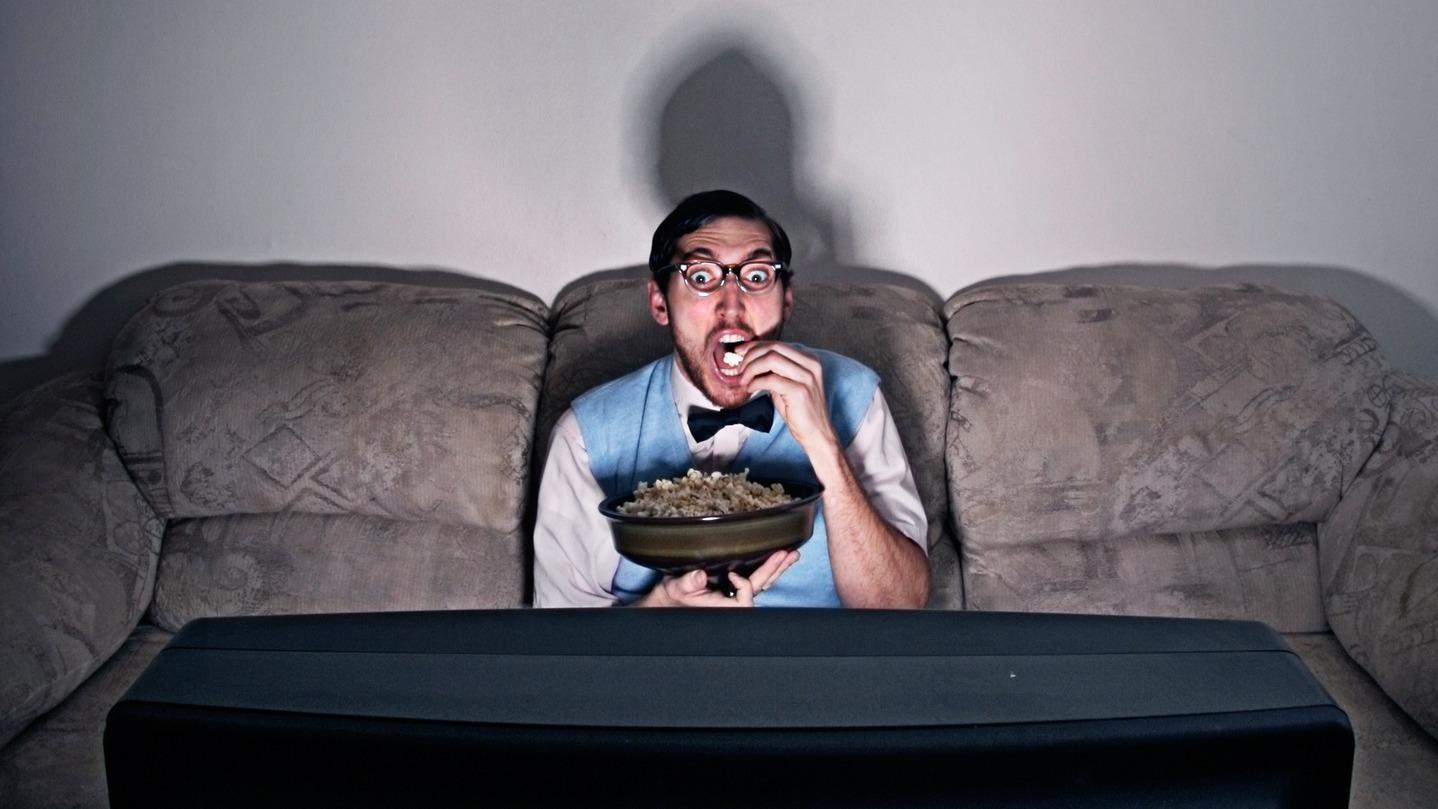 The problem with binging shows online is that even though a lot of them start great, eventually most reach a point where they go downhill and make you wish you quit watching while you were still ahead.

So as a public service check out our handy-dandy guide on what to binge and when to turn it off before it all becomes a bad experience.

Breaking Bad is one of the greatest shows ever. Its premise of a high school chemistry teacher who starts cooking drugs to support his family after being diagnosed with cancer hooks you from the first episode and never lets you go.

It’s extremely difficult to find anything bad about this series. “Ozymandias”, the episode when the poop hits the fan in season 5, is one of the greatest hours ever in all of television history.

Breaking Bad went on to win 16 Emmy awards and Better Call Saul, which is a spin-off of the show, is quietly the best show on TV and just as good as the original it is based on.

Quit: Never! You finish this one out to its entirety.

Ah, The Simpsons. At 31 seasons, it’s the longest-running show ever on TV. At one point it was the greatest thing anyone had ever seen, then it became an embarrassment that even the most hardcore fan had a hard time defending.

The first 7 seasons gave us such classics as “Homer Goes To College” and “$pringfield”.

Now it’s but a pitiful shadow of itself.

Quit: After season 7 it all goes downhill. Stop there or you’ll hate yourself.

Speaking of The Simpsons, Futurama was the brainchild of Simpsons creator Matt Groening. It answered the often posed question of what would happen if you froze a pizza delivery boy and had him wake up 1000 years into the future.

Like The Simpson, the first few seasons were great. Then it was canceled by Fox due to low ratings before it’s popularity in syndication made Comedy Central bring it back for 3 seasons.

Unfortunately, after it came back it became a bunch of in-jokes. Some people say it got good again eventually, but is it worth going through it all to get to it?

Quit: After season 4. The Comedy Central episodes aren’t really worth it.

The BBC’s Sherlock is a modern take on the character and stars MCU veterans Benedict Cumberbatch and Martin Freeman.

The series started hot, winning a BAFTA award for best drama in 2011. The second season was still pretty solid, but after that, the show started to feel more like an action flick than detective series.

HBO’s The Wire is the show that put Idris Elba on the map. A tense crime drama, its fans are extremely hardcore and passionate about it. You’re office probably had someone who thought he was smarter than everyone else at work because he watched this show.

Though it was never a big hit when it originally aired, it has since, like Breaking Bad, come to be regarded as one of the greatest shows ever.

Quit: Don’t! Though the third season isn’t considered as good as the rest of the series, there is a reason it’s one of the best shows ever.

Deadwood is another HBO series with a loyal following. It centers around the wild west town of Deadwood as the United States was starting to expand towards the Pacific.

It was created by David Milch, who was also one of the men behind NYPD Blue.

The F-bomb gets dropped every 5 seconds, so if you like potty mouths this show is for you.

The show was canceled after only 2 seasons, but the fanbase was strong enough that HBO brought the show back to finish it all out with a TV movie.

Quit: Wanna know something? The show is kind of overrated. If you wanna watch the first few episodes to see what the big deal is, go ahead, but if you ask me it’s not worth it.

As just mentioned, NYPD Blue was another David Milch joint.

At the time it debuted network TV was not where it is now and it was considered highly controversial because it dared to briefly flash someone’s ass and had the cops on the show beat criminal for confessions. If this came out now no one would even notice or care.

The show was immediately a huge hit and made David Caruso a star, causing him to leave after only one season for a failed film career. Jimmy Smits joined the cast the following season and the show didn’t miss a beat.

Quit: Stop after season 6. Once Smits leaves the show, it’s not the same and feels like they’re in autopilot.

It looked like at one point Thrones was on its way to becoming one of the greatest shows ever, but then it fell flat on its face at the end.

Even though there is no debate the show’s ending was extremely disappointing, everyone seems to have a different opinion on when the show started to go south. Some people say it was when the producers ran out of source material. Others say that it was just the final season that was bad and the rest was still great.

The truth is that it’s probably somewhere in between. Though seasons like 6 and 7 were not perfect, there were some great episodes like Beyond The Wall and Battle of the Bastards.

Quit: The cliffhanger at the end of season 7 is gonna make you wanna go on, but try to resist and just stop there.

If there is one thing this show has proven, it’s that Larry David was the real brains behind Seinfeld. The show originally started as a one time special on HBO but has become what is now a 10 season hit.

The character of Larry is hard to love but is also responsible for some of the best comedy on TV since Seinfeld bowed out. JB Smoove joined the show at one point as a temporary house guest, but his character was so popular that they kept him on without ever explaining why he is still around living with Larry.

Looking back at it now some of the first couple of seasons have some pretty rough spots, but there is still a lot of good.

Quit: Watch everything, but just be ready for the episode now and then that feels like it was forced.

First of all, let me say that Claire Danes has blossomed into quite a woman since her days as a teen actress.

That said, Homeland started off strong on Showtime, at one point winning an Emmy for best Drama.

However Damian Lewis’ character Brody, the Marine turned Islamic terrorist turned patriotic American, was executed at the end of season 3, at which point it became the Claire Danes show.

Quit: After season 3. Danes may be a foxy lady, but not enough to hold the show together.

HBO’s vampire drama True Blood had a 7 season run and was known for having a revolving cast of characters as much as anything else, tied together with X-Men‘s Anna Paquin.

For a long time, it was one of the network’s signature shows, though it was never a big award winner like many of their other better-known programs.

Quit: The show was never really that great. You can end it after season 2 and not miss much.

There You Have It

This is just the start. If you think we’re wrong or have some suggestions of your own click the image below and tell us what you think there.