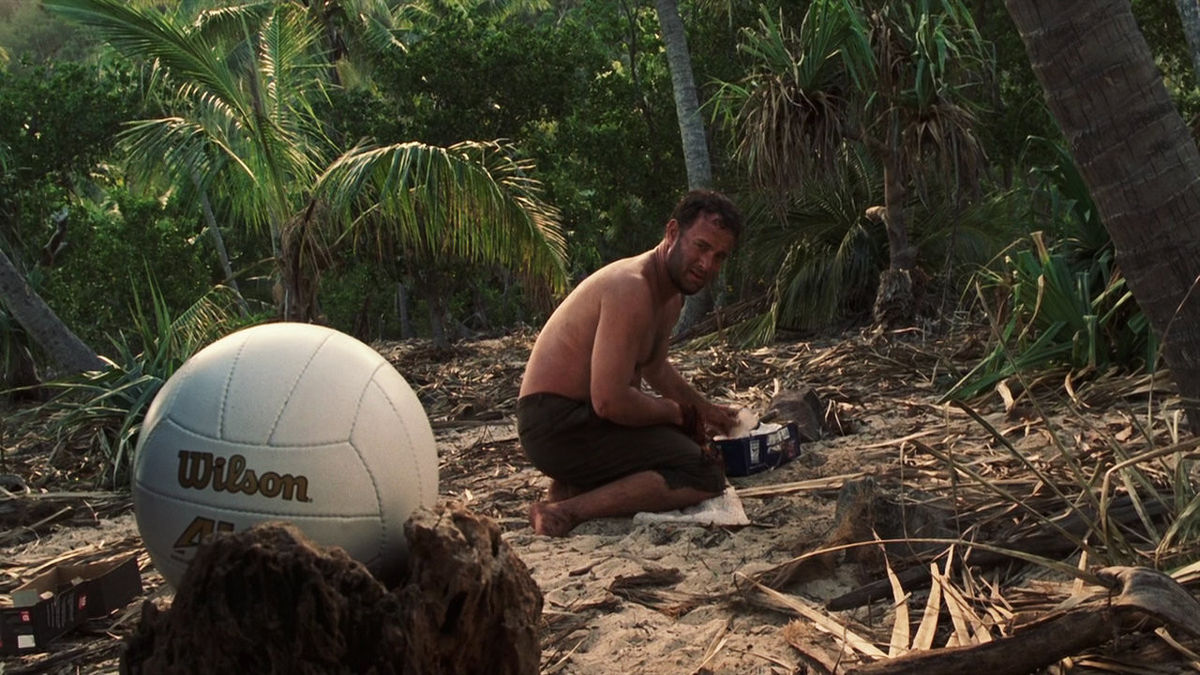 In my 50 some odd years on this big blue ball, I’ve had the “pleasure” of being subject to different forms of survival training. Supplied by our wonderful US military, some of it was pretty intense. I always had in the back of my mind, “They can’t kill me, it’s only training!”.

What usually got me through was the fact it only lasted a week or two. The real questions are: How far will you go to survive? What are you willing to endure to improvise, adapt and overcome? Could you survive as a Cast Away?

Could I Really Survive If That Was Me?

I’ve always enjoyed and been drawn to “survival situation” movies.

The “what would I do if that happened to me?” scenario. Wilderness survival films such as The Edge, All Is Lost, Alive, 127 Hours, Jeremiah Johnson and it’s most recent counterpart, The Revenant.

Military tales about evading capture or worse, being captured and enduring mental and physical hell. Movies like Bat 21, Unbroken, Rescue Dawn and Lone Survivor (the movie that inspired me to write this article). The Discovery Channel has even capitalized on it with their popular series, Naked and Afraid.

The CBS network was even brave enough to have a funny little sitcom in the 60’s called Hogan’s Heroes. It took place in a Nazi POW camp during WWII AND was a comedy! If you can’t laugh at Hitler, what can you laugh at? Looking back at it now, they touched upon some basic survival skills used by the military to this very day. Group structure (chain-of-command), communication and escape planning are all paramount to staying alive and one step ahead of the enemy.

Will Drinks Be Served On This Flight?

Which brings me to Cast Away.

Being in the aviation industry, I sometimes wonder what I’d do if the pilot decided he’d had enough and plummet us into the earth or fly through a thunderstorm when the weather radar told him to divert around it. The first is more than likely NOT to happen (I hope), but the latter is sometimes a split second decision as weather can be a fickle mistress.

Tom Hanks doesn’t have that luxury. He’s not the pilot. He’s an executive schlub for FedEx who has to leave his fiance on short notice and fly across the Pacific to take care of company business for a few days. Lo and behold, said thunderstorm pops up and after one of the most intense crash sequences put to film, he wakes up on an uncharted island, surrounded by aircraft wreckage and hundreds of FedEx packages. At least he has some supplies!

Cast Away portrays a realistic struggle to stay alive against all odds. Hanks’ Chuck Noland is your every-man, a nice enough fellow and good at his job. He could be you or me. That’s what makes this movie so fascinating, it could be you or me. He’s portrayed as not having any type of survival skill-sets, yet has the common sense to know what to do. Fire, shelter, food. And most importantly, GET RESCUED!

How To Stop Worrying And Learn To Love The Volleyball

After a few days, Chuck collects his wits and gets down to business. He struggles to make fire, a shelter and even forage for food. After opening some of the FedEx packages, he discovers a Wilson volleyball, wrapped for Christmas.

Accidentally cutting his hand and out of frustration, he picks up and throws the volleyball angrily, leaving a bloody hand print on it. Realizing he was talking out loud to the ball in the first place and starting to question his mental state, he forms a face out of the bloody pattern and aptly names him “Wilson”.

I will watch Tom Hanks in anything. He always brings his A-game. Here he makes you believe he’s truly stranded and completely alone. His acting is top-notch, even in the quiet moments with no dialogue, just the amazing choreography supplementing the scenes. I’ve loved him since Bosom Buddies. Hanks has had misses, but the hits far outweigh them. He’s probably one of our greatest living American actors today.

4 Is The Loneliest Number

After four long years, Chuck has had enough. It’s time to leave. His food is scarce, hope is dwindling and Wilson is looking worse for wear. It’s either die alone or die trying.

The psychological aspects of the lonely mind are delved on sublimely, but significantly. Depression, anger, loneliness, suicidal thoughts, every bit of it. It’s a fascinating study of the survival instinct. Chuck’s decisions and outlook kept me emotionally invested throughout.

This movie weaves a beautiful story of one man’s voyage of self-discovery. It’s actually almost two different movies, the “before and after”.

Forever a changed man, Chuck finally returns to civilization, obviously thinner, weary and unsure of his surroundings. A world that used to be so familiar to him has turned into a careful analysis of the simplest items, like ice or a match.

Where he was an outgoing, smiling fellow, you now see a haunted, quiet sadness in him. The world has moved on without him and finding his place in it will be a daunting task.

I’ve seen this movie more times than I can count and every single time I take away something different, a little nuance I didn’t catch before. Every time it’s the smallest of things that make that lump in my throat appear, my eyes struggling to contain tears.

There are few movies that do that to me. It swells me with hope that, at our lowest, it’s possible to beat the odds, no matter the circumstances.

Would I survive in those conditions? Would I be able to persevere and make my way home? I hope I would have the strength and mental fortitude to make myself maintain hope and fight for my life. I can only hope I would be a good Cast Away and live to be better for it.