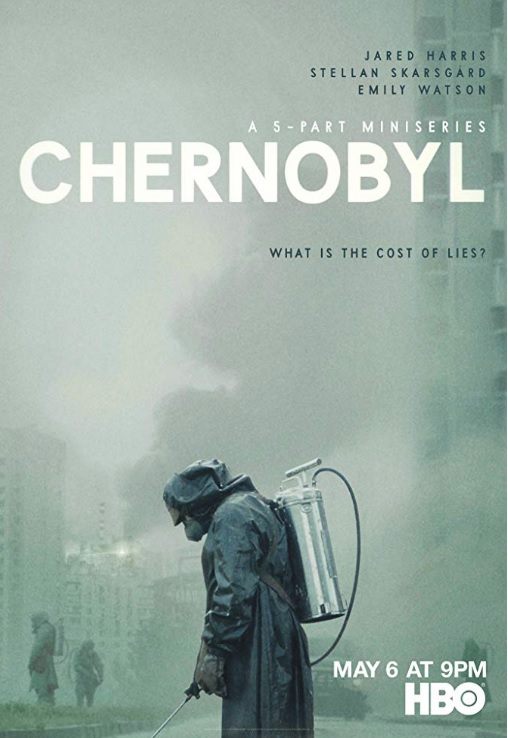 I just watched the first episode of HBO/Sky co-produced miniseries based on the events of 25th April 1984 in the small Ukrainian town of Pripyat. You know the story, or what they wanted you to know.  Core No 4 of the Chernobyl Nuclear Power Plant exploded and caused short term radiation death and a long term environmental disaster.

This was the first episode of five and literally started with a bang. The episode then follows the reaction of the workers, managers, emergency services and the local populous in the first hours after the event.

It is jaw-dropping stuff when you know what happened when you see the Chernobyl managers and Government officials in denial and refusing to believe what has happened while firefighters hose the fire while making their way through pieces of the exploded core.

The viewing experience is that you know what happened and how it ends, you are watching all these characters, and you know they are all dead.

The lack of information and denial played their part.  Hapless nuclear engineers on the night shift in Chernobyl who have to investigate what has happened only to be exposed to extreme levels of radiation.

The show does not back away from the results.

I had not heard any build-up to this show until I saw some reviews and reaction on Twitter saying it was going to be a must-see event.

After the first episode, I am in agreement.

Hopefully, the show provides more insight into what happened including how the Soviet scientists and bureaucrats tried to cover it up and whose actions caused huge loss of life and could have possibly created a European-sized catastrophe.

If the show keeps the same momentum, it could be an important dramatic reminder of the dangers and over-reliance on nuclear power.