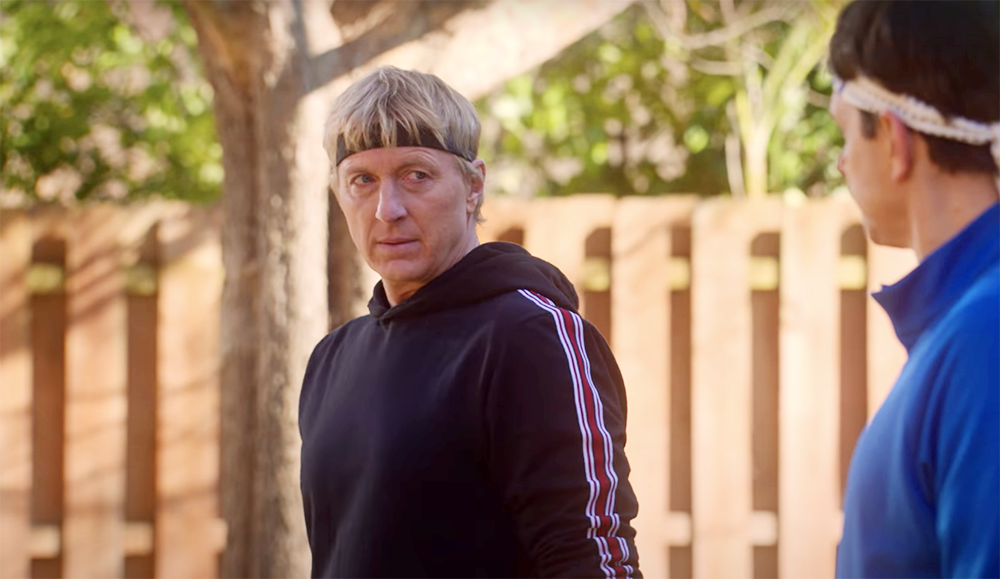 I love it right up to the middle of Season Four where it devolves into a cheap soap opera.

This review will contain spoilers as we take a look at what went wrong.

The Season Starts Out Well Enough

Johnny and Daniel are each trying to teach the kids their style.

Tensions arise, between the senseis, but also between the two of them as former rival dojo owners.

They seem to reach another absolute breaking point, when the show pulls a magic moment of brilliant character development that we have come to love.

Somehow, they do end up working together.

Somehow, they find a way to complement each other’s style.

There’s even a great moment for both Danny and Johnny after they teach the other their own style and then have to use it in the real world. They realize their style isn’t the best or the most appropriate at all times.

So much Cobra Kai goodness until the middle of the season. Then They Throw It All Away

If up until now all the character growth has been organic, now it’s as if someone threw a switch and all legacy characters are reset to their initial state.

All the lessons they learned? Forgotten.

The dojos split up again and it all just devolves into a mess. Characters lose their multidimensional aspect and become typical Hollywood archetypes, caricatures.

It’s as if the writers of the show wanted to finish the season properly, setting it up for a most epic finale that would have honored every single major character from every faction.

Then Netflix came and said “no”, we need to milk this more. 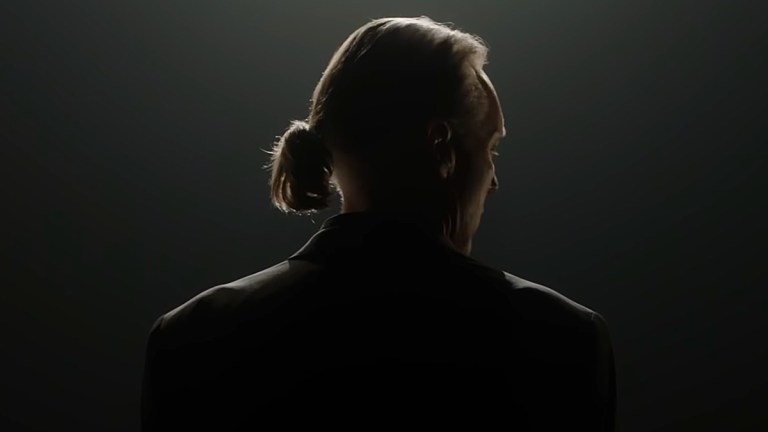 So what happens in these situations? The story becomes a soap opera.

We’re introduced this season to a new villain, the new leader of Cobra Kai. At first, he seems pretty well defined and complex. By the end of the show he becomes a mustache twirling super villain whose only trait is “I am the ruthless capitalist.”

What about Robby and Tory?

The way they were set up before, they were tragic anti-heroes who just couldn’t get past the traumas of their past or the hardships of their life. Well, good news everyone!

This season Robby and Tory only get sympathy points, especially after the midway point. 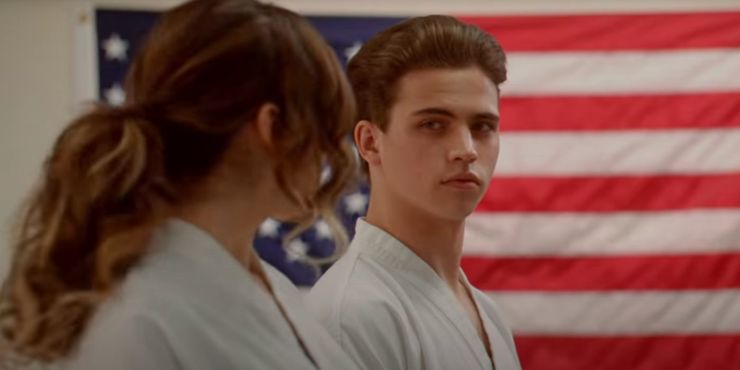 Even Sam’s mom sees Tory in a new light and tries to help her time and again.

Tory ends up appreciating Sam’s mom and actively tries to bury the hatchet. But no no no, Sam wont have any of it. Sam’s dominant character trait this season becomes “I just can’t let it go”.

Sam, Miguel, Johnny and Daniel can’t have any real growth this season.

There is one disgusting moment that assassinates Johnny’s character.

During a fight with the villain, he ends up using Miyagi-Do to defend himself. You’d think this would be a big moment, but no, he still ends up getting beaten to a pulp. Miguel finds him in his room afterwards surrounded by empty bottles.

Of course, he has no idea Johnny was beaten, he just looks like a useless drunk. Miguel helps him get to bed and it seems like they have a father son moment where they each confess how they feel about their relationship.

Nope, can’t have that.

“I love you too, Robby” is what Johnny says, thus confirming what Robby said moments before that he sees Miguel as a replacement for his own son that he failed.

This bring me to whether the show is woke or not.

In my opinion, just because the writers try to make it more subtle, when you draw the line this is what you get:

What I simply can’t get over with this season is how the story sets up the legacy characters to have growth, yet every single one of them is at their worst by the end.

In previous seasons they’d make mistakes, but then redeem themselves, at least some of them, but the end. In season Four we’re only left with the mistakes, no redemption.

I started watching this show because William Zabka is amazing.

This season, he ends up back in the dark hole we found him in season one for the sole reason that the writers of the show wanted to deconstruct his character and shift the focus away from the “bad white man.”

Could have been amazing, now it’s doomed to fail.