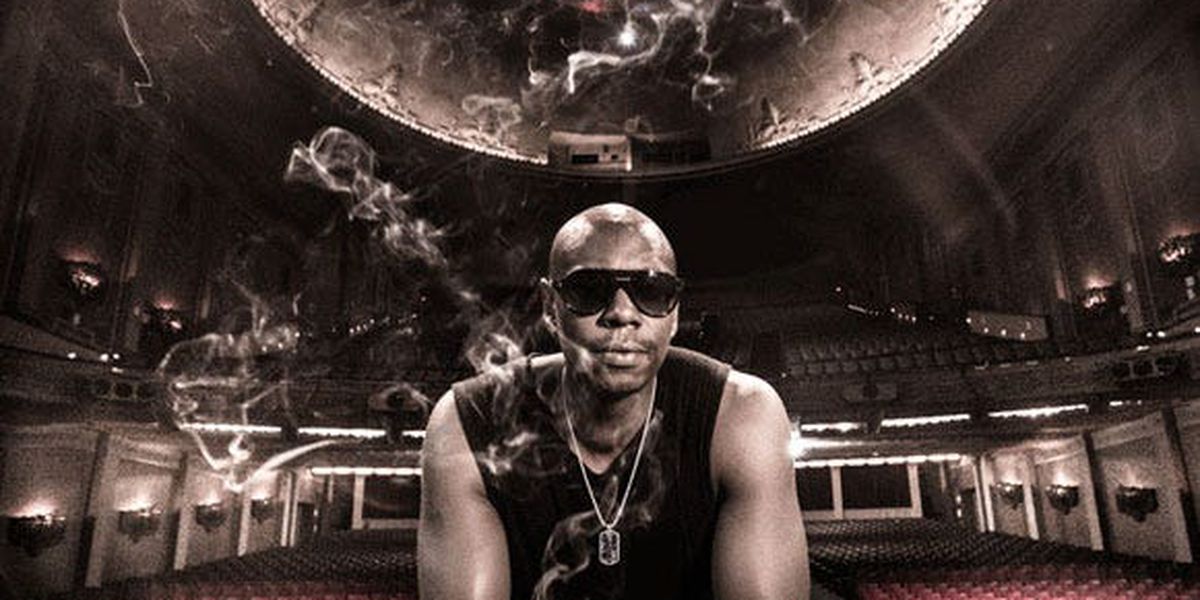 Send in the Clowns…

The historical, social, and political purpose of all comedy and satire is to make sure that people in power are mocked, held up to public scrutiny, and are forced to defend themselves, and their positions, against skepticism.

The purpose of a court jester, back in the day, was to make sure that the king (or emperor, or whoever) understood that all glory is fleeting—and to not take themselves too seriously in facing the absurdity of the reality of the chaos of life.

Dave Chappelle’s new comedy special on Netflix, Sticks and Stones, lives up to the history and purpose of being a court jester, particularly in our humor-less modern era.

Except, unlike in the past, the court now is that of public opinion, and the kings Chappelle’s mocking in Sticks and Stones, includes:

And all the intersections and overlaps between all those distinctions.

And, as you would imagine, the people in power have spoken back at Chappelle since the special dropped on Monday night.

In spite of the fact that, if they were watching his special on Netflix, they clicked on his head, not the other way around.

The People in Cultural Power Have Zero Sense of Humor

There’s nothing more irritating than people in the world who believe that they are “funny” but who couldn’t joke their way out of a brown paper bag, nor accept a well-told joke at their own expense.

There’s no need to really list the complaints from the appointed #CancelCulture critics across the web.

They are as numerous and butthurt, as they are pointless and irritating.

Instead, read the quote from the most recent #CancelCulture agitprop trending (or going viral as we all used to say back in the day when that was still a thing) on Twitter:

“Chappelle has always been a daredevil comedian willing to take a controversial stance or downplay a serious controversy for laughs, including his early-2000s skits about R. Kelly’s court trials on Chappelle’s Show. But now he chooses to blatantly ignore the historic criticism against his style of comedy and new loud-and-clear criticism from the trans community. His approach comes off like a defiant rejection of change at any cost. As he keeps going down this path, drawing attention to the worst aspects of his important career, the biggest cost will be tarnishing his own legacy.”

Yeah. Cause that’s what happened in the special.

I particularly enjoy the fact that these cultural commissars believe they get to define Chappelle’s legacy just because they have access to the same amount of digital ink that anybody else does.

Too late, folks. His legacy is already cemented.

The fact of the matter is, the social justice warrior brigade will brook no argument, no dissension, and no wavering from the party line.

In particular, they won’t accept being told that they have a soft spot, a hypocrisy spot, or a spot where they need to improve their “arguments,” for creating a better culture than the one they think they see now.

And, if you happen to be an “approved” minority, and you double down on mocking and jesting another “approved” minority in unapproved ways, then you will suffer “cancellation” in the popular culture as will any brand, network, or support system you work with.

Thus, there will be boycotts, Twitter yelling, and everything else that has gone on in our culture, at a greater and greater intensity since around 2016, on into the future until the “approved” minority group member apologizes and gets back in line.

Well, they did it to Kevin Hart.

And Chappelle was standing right there next to him when it all went down.

Which Morgan Freeman predicted, by the way, in the Sticks and Stones trailer:

Is Netflix Gonna Get #Canceled?

Netflix is the approved network for “woke” streaming, as we have noted here, here, and here, so there’s no chance that Netflix will experience any negative side effects from airing Chappelle’s special.

Where else will the “woke” crowd go to stream entertainment at low cost by using their parents’ passwords?

Instead, Netflix will memory hole Sticks and Stones in about a week (like they did with Chelsea Handler recently), and then they will quietly back-burner Chappelle’s next special due up to complete his $60 million-dollar deal, for another four years.

Y’know, right about the time we have another Presidential election cycle.

Which is a real shame, because, Chappelle’s bits in Sticks and Stones reveal a brave, insightful comedian standing up for other comics (“Louis C.K.”), pointing out the absurdity of faux-diversity (“The Alphabet People” bit) and, of course examining the problems inherent in group decision making (“Pro and Anti-abortion positions,” among others).

And he did it without once mentioning the “Bad Orange Man” that, like the Road Runner in those old WB Cartoons, the Wiley E. Coyotes of #CancelCulture just keep missing.

Chappelle is the closest, famous, stand-up comic we’ll get to Richard Pryor (or maybe George Carlin) in our modern, hyper-progressive, hyper-pc time.

Before Chappelle gets pushed further into a corner, it would be a great idea for you to check out Sticks and Stones on Netflix this weekend.

You’ll be glad you did.