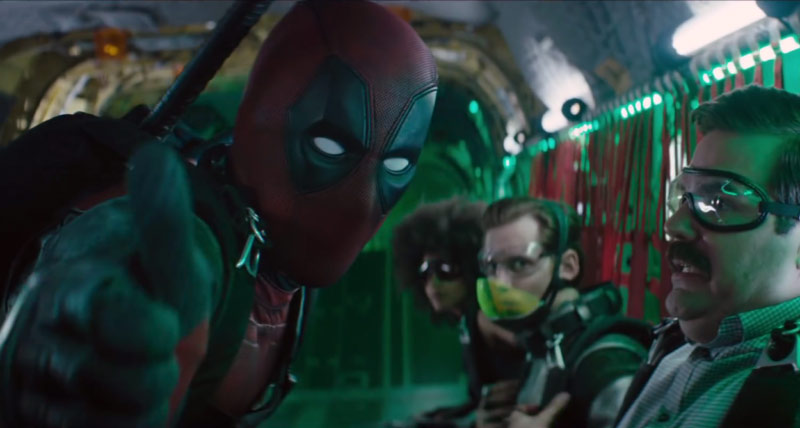 The 2016 Deadpool was a catharsis for my weary curmudgeon soul. A superhero movie that didn’t treat the fans like crap, held true enough to the continuity, and didn’t have a message. Just a balls nailed to the wall by a katana-action movie intertwined with comedy like two sweaty guys wrestling for the last chimichanga.

Deadpool 2 bringing more of the same but with a bigger budget and a more developed cast. There is so little to complain about and plenty to praise.

There are two minor gripes from me.

Reusing the assassin character Yukio from The Wolverine who apparently has the mutant power to age backwards like Benjamin Button if he was a cute Asian girl. I assumed once she used her electric powers that it was Surge, Noriko Ashida, with pink hair instead of blue.

I was wrong. Even if it’s weird to me that they would just reuse a character when they have so many characters that haven’t made it to the big screen. Though you can’t deny Shioli Kutsuna isn’t ridiculously cute.

The second complaint mostly because it was so predictable was everyone except Domino and Deadpool being horribly killed in the first outing of the X-Force. I had hoped that I was wrong after seeing the trailers but as characters dropped like suicidal flies getting drawn into bug zapper. All I could do was groan.

For a movie that seemed to do everything else so perfectly those choices felt out of place. It’s possible with the second one that I have just seen too much. That killing off a fresh team of superheroes would subvert some people’s expectations. It just felt like the most likely thing they were going to do though for a movie like Deadpool 2 so showing them in the trailers at all was like a giant spoiler.

The movie had a lot of good. Cheesy one liners, action scene extravaganza, and more movie references than I could possibly catalog in one viewing.

Casting was nearly perfect even if I have my gripes with Domino’s afro. Changing the race of a character doesn’t matter when the actor or actress is perfect for the role. Leslie Uggams was perfect as Blind Al in both the original and reprising the role.

The theme of the movie is loss. Both Deadpool and the antagonist Cable have lost the most important women in their lives and they are willing to do anything to make sure that the person responsible pays.

In Deadpool’s scenario he blames himself. Cable is after an annoying chubby kid that can shoot fire out of his hands. Both of them handle their grief in different but ultimately destructive ways. Which let’s be honest, superheroes wouldn’t be as much fun if they were mentally stable or hashed their problems out with a counselor.

The path of destruction as Deadpool and Cable clash is almost worth seeing the movie even before the comedy gold. I don’t want to spoil the surprise X-Men villain but the operatic chorus during his fight scene had an entire theater audience giggling.

Deadpool 2 is subversive and politically incorrect. Not something you want to take your kids to go see or anyone who is easily offended. It doesn’t beat out Avengers: Infinity War when it comes to this year’s best comic book movie but it is still worth watching if you like meta humor, violence, and mouthy mercenaries.