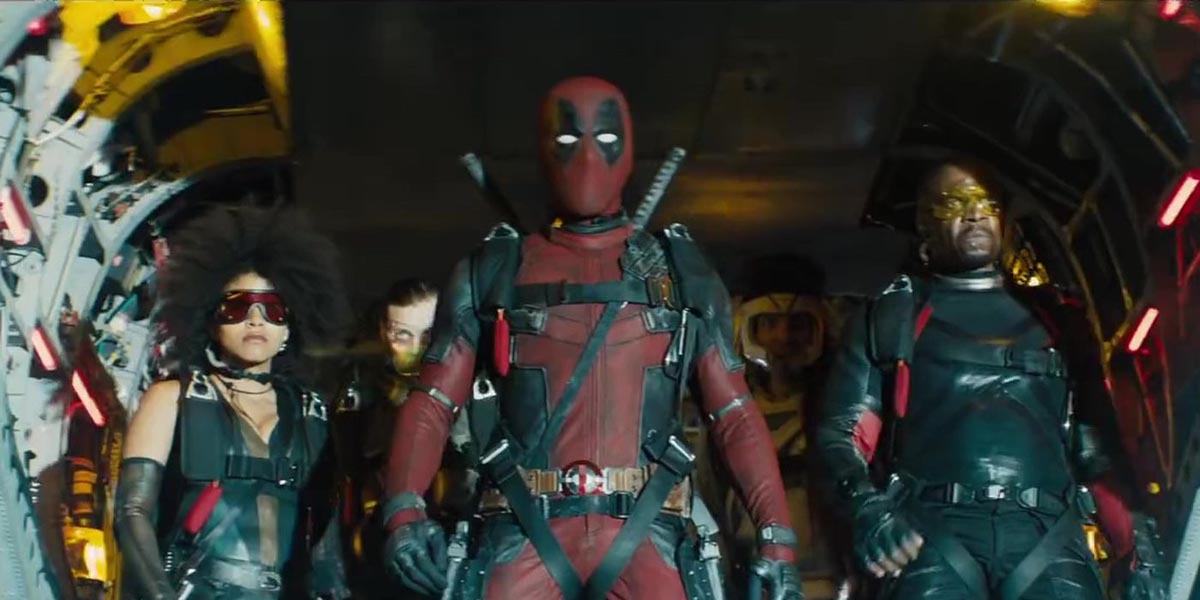 There are certain actors who become iconic in the role they play, to the point where replacing them would seem impossible. Robert Downey Jr is Tony Stark. Hugh Jackman is Wolverine. Ryan Reynolds is Deadpool.

Although he had a rocky start as the Merc With(out) A Mouth in the justly criticized X-Men Origins: Wolverine, Ryan Reynolds managed to leverage the chance for his own take on the character in 2016’s well received Deadpool, and in 2018 Wade Wilson is back in Deadpool 2.

Receiving an R16 rating in New Zealand, Deadpool 2 is gloriously gruesome, with numerous villains (and heroes) expiring in showers of blood and gore. Those scenes are played for laughs however, and one scene involving a helicopter rotor had me in hysterics.

In his usual fashion Deadpool frequently breaks the fourth wall to confide in the audience, and his self-awareness adds to the humour on tap.

In this movie Josh Brolin, who you might not remember as Thanos from the Marvel Cinematic Universe, plays time-travelling cyborg super-soldier Cable. As he does with Thanos, Brolin brings emotional depth to a character who could easily have been very one dimensional. He is the perfect choice to play this part.

Also introduced to this movie is Domino, played by Zazie Beetz, and she too is an excellent casting choice.

Returning from the first movie is the man of steel himself, Colossus. Voiced by Stefan Kapicic, this follows from the first movie in being the best portrayal of the metallic X-Man in film. While his role as the straight man to Deadpool’s comic antics devolves to Cable at points, he is always there as the tin man who really has a heart.

Brianna Hildebrand likewise reprises her role as Negasonic Teenage Warhead. With the larger cast she doesn’t have as much screen time as in Deadpool, but her snarky interactions are always welcomed.

Yellow cab driver Dopinder, once again played perfectly by Karan Soni, now aspires to the life of a killer-for-hire, just like his friend, Deadpool. By the end of the movie… well you’ll just have to watch it and see.

Newcomer Julian Dennison, a young actor from New Zealand, plays Russell, a character with a hot future ahead of him.

As someone with a fair knowledge of the comic universe I enjoyed the pop culture references slathered through the movie. However I don’t think the viewer will need that background knowledge to enjoy Deadpool’s latest outing. There is a lot of over the top comic violence, but that’s expected from its rating.

This movie is strongly recommended by me with five Deadpool heads.