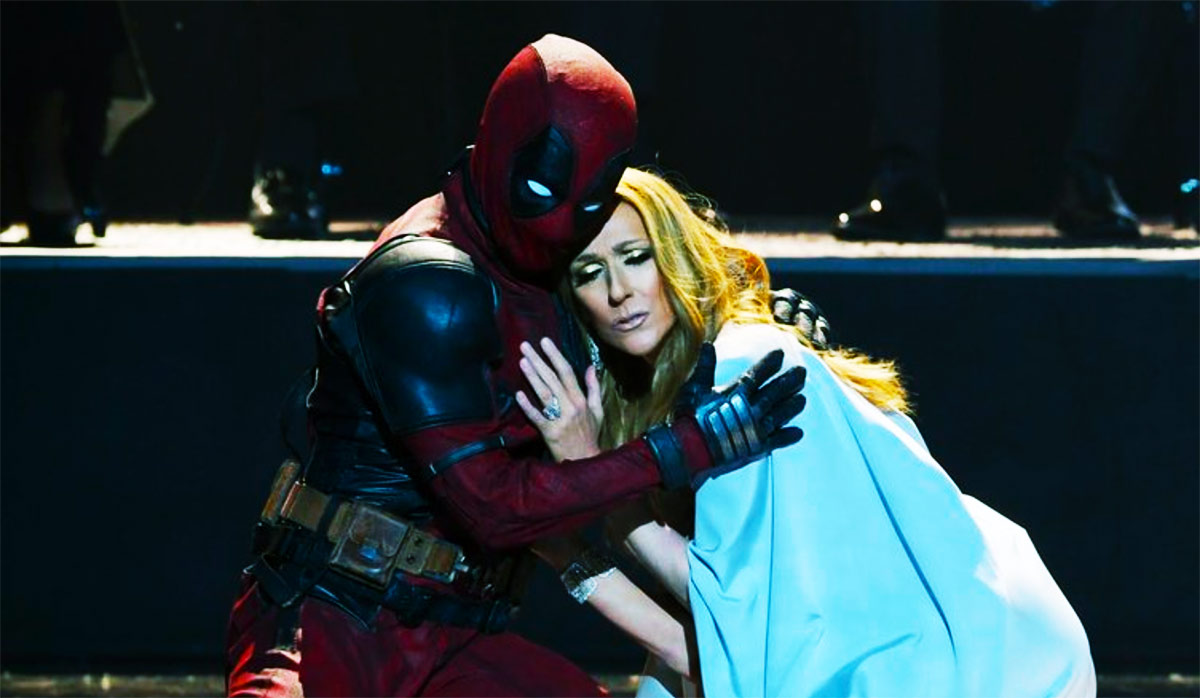 The bad boy of the Marvel Universe is back and — gasp — he’s even sucking on a cigarette in the opening shot of the new film.

On that front, the “being edgy while at the same time being aware that actually edgy doesn’t exist in Hollywood movies” front, Deadpool 2 mostly sticks the landing.

It’s the same irreverent, madcap and self-referential superhero we want to pay to see, so please Fox, Marvel… take our money. Forever. Just give us more please.

If you’re new to the character, Deadpool (played by Ryan Reynolds) is like Marvel’s court jester: a wisecracking, disrespectful prankster whose irony and serial violations of the fourth wall point to his early 90s origins, when post modernism was regarded as a novel, edgy idea.

Of course, he isn’t really bad. Despite the intimidating red suit with two swords slung across his back, this assassin-for-hire ultimately bows his head to the greater, solemn vision of Marvel.

He’s a good guy, essentially, whose warped sense of humour can be traced back to a history of girl trouble, terminal illness and an experimental cure that has left him hideously disfigured and superhuman.

A face like an avocado, as his bartender — and incredibly disloyal friend, Weasel — puts it.

This latest film confirms his humanist credentials by putting him in touch with his inner father figure, first literally when he and his girlfriend try for a baby, then when he comes to the rescue of a wayward young New Zealand orphan who we first encounter launching balls of fire at his orphanage.

Saving this angry young brat from himself sees Deadpool confront a time-travelling, half-cyborg villain from the future with a Winter Soldier arm that goes by Cable.

It also sees him commandeer a posse of super heroes that inspires the film’s best action sequence: a series of kills that recalls the shock violence and humour of the Final Destination franchise.

Deadpool 2 serves up action with unflinching verve, bodies are crushed, bent out of shape and disfigured in cartoonish, surprisingly funny ways but it’s in the film’s extended comedy bits that Deadpool 2 really shines.

It’s bizarre that a Marvel comic book film is the funniest thing released so far this year, but the merging of Reynolds’ note-perfect, irony-laden delivery with the script’s finely tuned gags and large dollops of physical humour results in some genuine hilarity.

A high point in this regard, or low point depending on your taste, occurs when Deadpool is forced to grow a new set of legs after a villain has literally ripped off his old ones, and appears sporting a pair of childlike appendages while wearing a shirt and no pants.

Nothing quite prepares you for the homage paid to Sharon Stone in Basic Instinct when he uncrosses his legs, it’s safe to say, it can’t be unseen.

The soundtrack, meanwhile, jumps from 80s nostalgia to diva (Dolly Parton sings 9 to 5 over a sequence of multiple assassinations), dubstep and a dash of AC/DC.

It’s like an end-of-year party at the office where the theme is “irony”.

Credit should go to Reynolds, the sincerity and vulnerability he’s expressed before in his rom-com roles is on full display here.

As one of Deadpool’s producers and writers, it’s not an exaggeration to suggest this film’s success belongs to him as much as anyone else.

His bad boy character is really just another muscle-bound softie, carefully aligned to the values of much of Marvel’s emotionally conservative core audience, but he’s arguably the most likeable of the bunch.

Remember when there were some whispers that Deadpool 2 had tested poorly? Yeah, that’s yet more evidence that Hollywood needs better test audiences, because David Leitch and Ryan Reynolds have done something quite incredible with the Merc With A Mouth’s second REAL cinematic appearance — they made it better than the first one.

At one point in the deliciously violent, beautifully outrageous sequel, we see that Cable’s BFG (Big Fucking Gun) has a dial that turns up to 11, and there’s no better analogy for the movie than that.

It’s an escalation of the first film that doesn’t shit the bed and manages to be funnier, more emotionally true and even more infectious.

There are a LOT of new characters in Deadpool 2 alongside the likes of Vanessa, ‘Pool, Blind Al, Weasel, Negasonic Teenage Warhead, and Colossus and they’re all great additions.

Domino in particular stands out, but there’s real genius in the way everyone else is introduced.

Though the majority of the new characters are great, Josh Brolin’s Cable warrants his own mention, because he’s amazing. If you weren’t already loudly proclaiming 2018 the year of the Brolin after Infinity War, you definitely will be now.

He’s the perfect straight guy opposite Deadpool, bringing a delightfully gruff edge to proceedings and a no-bullshit attitude that makes their dynamic hugely joyful.

He’s frequently the butt of ‘Pool’s jokes (particularly a long-running gag that is just perfect for this current culture) but not in a way that is at all victimizing and he seems to spend most of his time rolling his eyes perpetually.

On top of that, Brolin’s physicality is perfect for Cable and there’s surprising depth to him thanks to his emotional backstory that lifts him well away from being one-dimensional. This is the Cable that comics fans have wanted for years on the big screen.

After the first movie claimed to have 100 Easter Eggs, it was inevitable that its follow-up would push the envelope on references and Easter Eggs — particularly because ‘Pool’s fourth wall breaking powers make him a pop culture gag shotgun firing references every couple of minutes.

And there are some great ones in there, from mentions of Stranger Things and The Goonies, My Little Pony, Frozen to frequent MCU gags including The Avengers and obviously The X-Men. They’re genuinely fan-baiting moments and they’ll be what fans talk about for the longest after the credits roll.

Safe to say Deadpool 2 has came charging in & kicked Avengers: Infinity War from the top spot of my movie of the year!