Another update to the Fast Five collection. Still adding to my collection and trying to watch at least five films per week. I completed the following five during the past week. This was not a good week.

Fantastic Beasts: The Crimes of Grindelwald (2018) 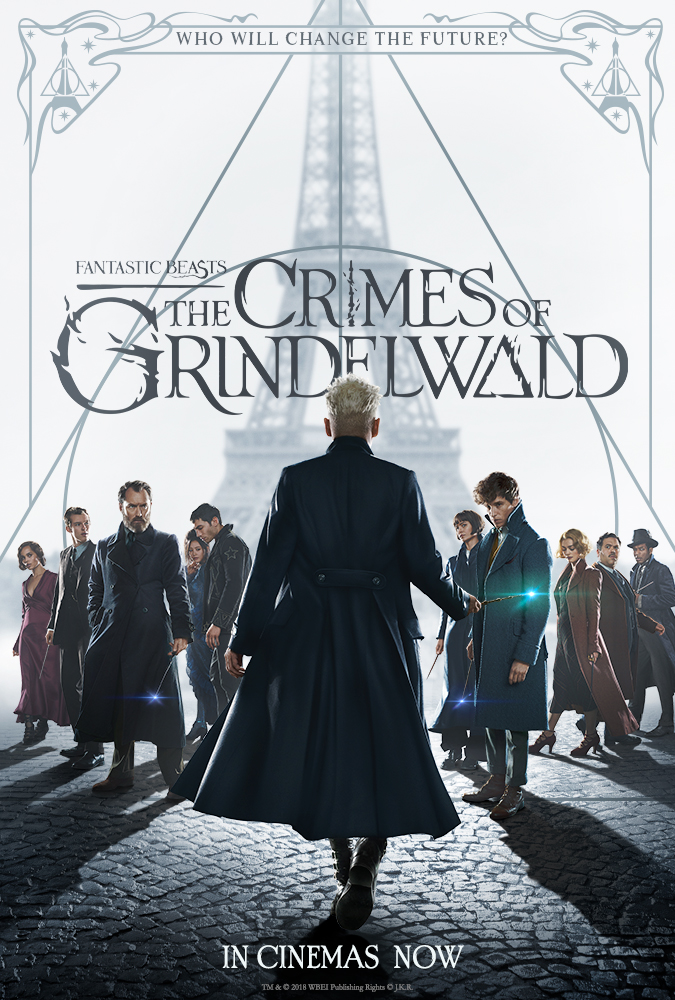 “The second installment of the Fantastic Beasts series featuring the adventures of Magizoologist Newt Scamander. “

What a load of garbage this one was. I didn’t expect much but this was even worse. Whatever goodwill they had with the first Fantastic Beasts film has to be damaged with this muddled mess.

it has a shoddy story, some really bad f/x, and some questionable acting. It was like they could not be bothered to try this time out. The first film of this prequel series was pretty good. To me, they captured the essence of the early Harry Potter films. I felt like they tried to do their take on The Empire Strikes Back. They failed miserably.

It has been compared to Order of the Phoenix in terms of how good it will be in the series.

I honestly don’t know how many more of these they are planning to make, but they should end it at three.

Rated PG-13 for some sequences of fantasy action – 134 minutes. 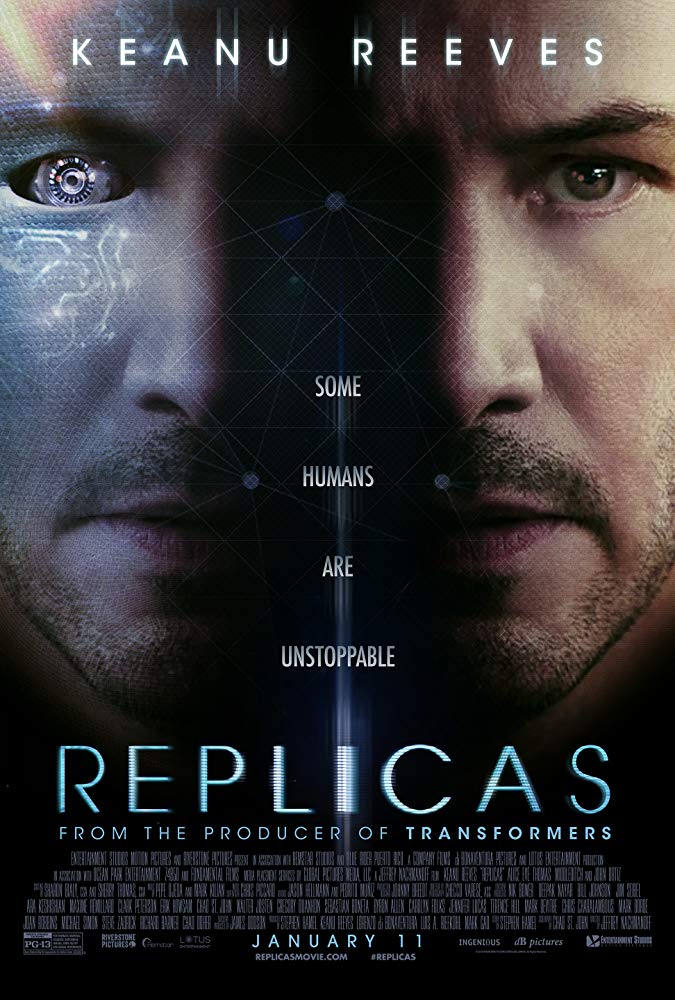 “A scientist becomes obsessed with bringing back his family members who died in a traffic accident.”

Well, if you can believe that the Keanu Reeves as a brilliant scientist, and accept the fact that you can grow a full functioning clone in 17 days, you may like this movie.

Despite some preposterous concepts, this movie was a pleasant time waster. In fact, it was not what I was expecting at all. I was thinking it would be about Man playing God, and what he makes turn into monsters and everyone dies.

Nope, this is not that movie.

In the 90s, Arnold Schwarzenegger or Bruce Willis probably would have been the lead. Is it high art? Hell no, but a fun movie that was filmed beautifully, with gorgeous colors, and a good surround track. For a $30 million dollar production, it looks way more expensive than it was.

I actually wish it was longer, there were some dangling sub-plots left unanswered. For example, the cloned son clearly had some motor skills problems. When eating, he would constantly plop food into his glass. What issues will these clones have?

Worth a look when it arrives on streaming services. 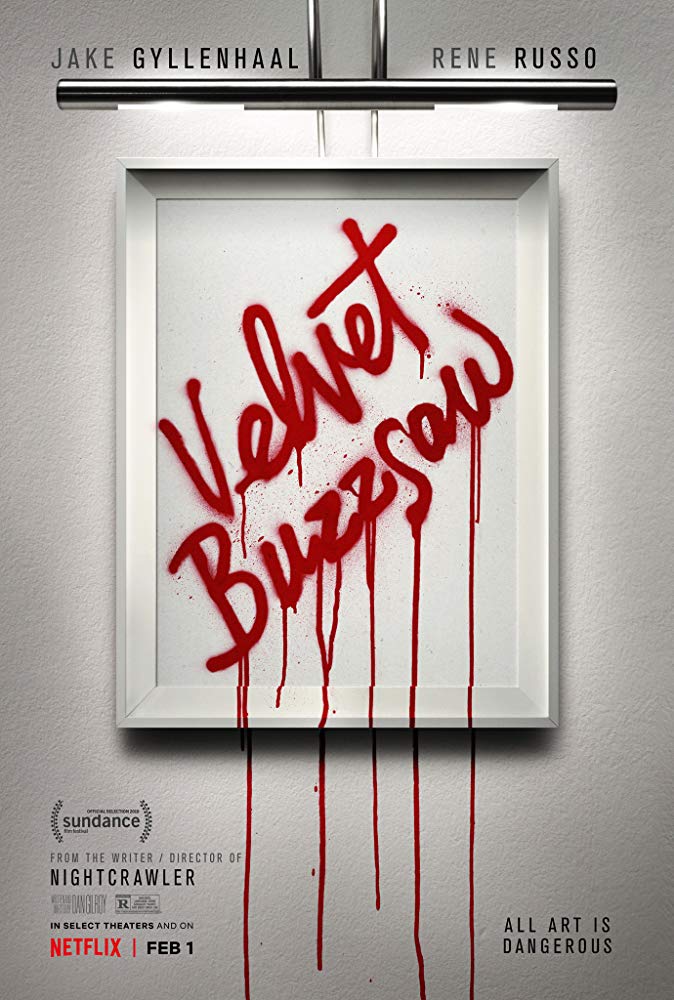 “After a series of paintings by an unknown artist are discovered, a supernatural force enacts revenge on those who have allowed their greed to get in the way of art.”

The Netflix Identity Movie-making Process was in high gear for this production. Note the following:

There were a few more, but I think I got my point across.

The one takeaway that I do like about this movie is that art is a personal experience, one should not try to gain wealth by it. In this movie, those that do die horribly.

The basic story is that a Josephina (Ashton) finds a treasure-trove of paintings and drawings from a dead neighbor. He wanted them all destroyed with his death, Josephiha has other plans for them instead. By stealing the pieces, she plans on selling them on her own but her boss Rhodora (Russo) is tipped off, and due to a non-compete clause with Rhodora, she has to share or be in court for years.

The two become the toast of the LA art scene, selling the paintings to the highest bidders. Morf (Gyllenhaal) wants to write about the dead artist as he had been so moved by the artwork. He becomes obsessed with the paintings and begins seeing things. Gretchen (Collette) wants to be like Rhodora, Piers (Malkovich) a former alcoholic artist, has lost his way and can’t produce anything of value. There are a few more subplots that I will not go over.

The problem is, the art is cursed and bad things will happen to those that profit from it. Writer/director Dan Gilroy wanted to try a Robert Altman style of movie. In an interview with Vanity Fair, Dan says:

“I hope people look at art in a slightly different way. Any time you listen to a piece of music or look at a sculpture or a painting or a film, you realize the artists behind that have invested what I believe to be their creative soul into the work. To me, that’s a bit of a sacred thing and I think we’ve lost that a little bit. I would love it if we could return to that.”

I think Dan may have watched one too many episodes of Night Gallery. A biting satire of the rich and famous but too woke for my tastes.

Rated R for violence, language, some sexuality/nudity, and brief drug use – 113 minutes. 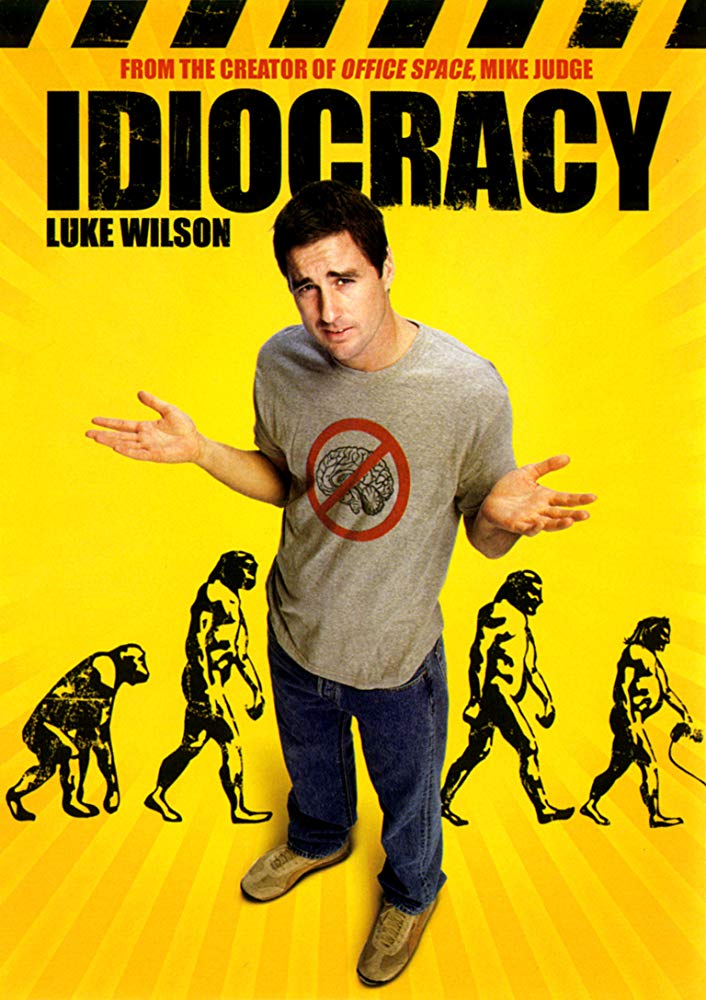 “Private Joe Bauers, the definition of “average American”, is selected by the Pentagon to be the guinea pig for a top-secret hibernation program. Forgotten, he awakes five centuries in the future. He discovers a society so incredibly dumbed down that he’s easily the most intelligent person alive.”

Back in 2006, 20th Century Fox apparently buried this film. They provided no promotion and only released it on 135 screens. Its domestic gross was $444K. Having seen it, I now understand why.

For years I have been told what a great, funny and relevant movie it was, I have to see it. As I have noted before, I’m not a big comedy watcher, so I was never in a big rush to check this out. In some ways, I regret seeing it, but in reflection, it has given me more insight into the progressive mind.

This movie is a Progressives fever dream. I have no doubt that they think that this is what will happen if they, and only they, do not take control of society. If the hand of Big Government does not step in and do something, this is our future. Bubba with guns.

Looking at some IMDb reviews confirms some things for me:

“The evolution of the human species does not necessarily favor the quickest, smartest, and strongest people for progression of genes… just the people who breed the most. Unfortunately, those people happen to be welfare-sucking, trailer trash idiots who breed like rabbits. If it helps, imagine the entire population as just a hybrid of rednecks, jocks, cholos, and hoochies.”

“Trump America a decade before it happened”

“When you go on the internet and see barely literate people posting to message boards in extremely poor grammar and textspeak, the future of Idiocracy is not far off. Not to mention anti-intellectual attitudes of certain segments of society, mainly those who claim that universities are bastions of liberal indoctrination. We have a major political party in which one of the members after the 2012 election said, “Stop being the stupid party,” yet this year (2015) their leading presidential candidate is Donald Trump.”

This movie is a very accurate representation of Trump’s rise to power. I don’t get why it is not part of the documentary genre but I guess that’s because it’s hard to believe that someone like Donald Trump could rise from a reality TV star to actually garnering enough votes to become the leader of the free world.

Trump nearly destroys the civilized world and only then do his followers realize a very stupid man and woman from the past can use their high school level understanding of science to save the world.”

Never mind the fact that the Progressives introduced Common Core in the school system, fight in every District that wants to offer School Vouchers that will allow parents to send their children to better schools rather than the failing local ones.

Bubba may be the future, but they are doing nothing to stop it, in fact, they are helping. 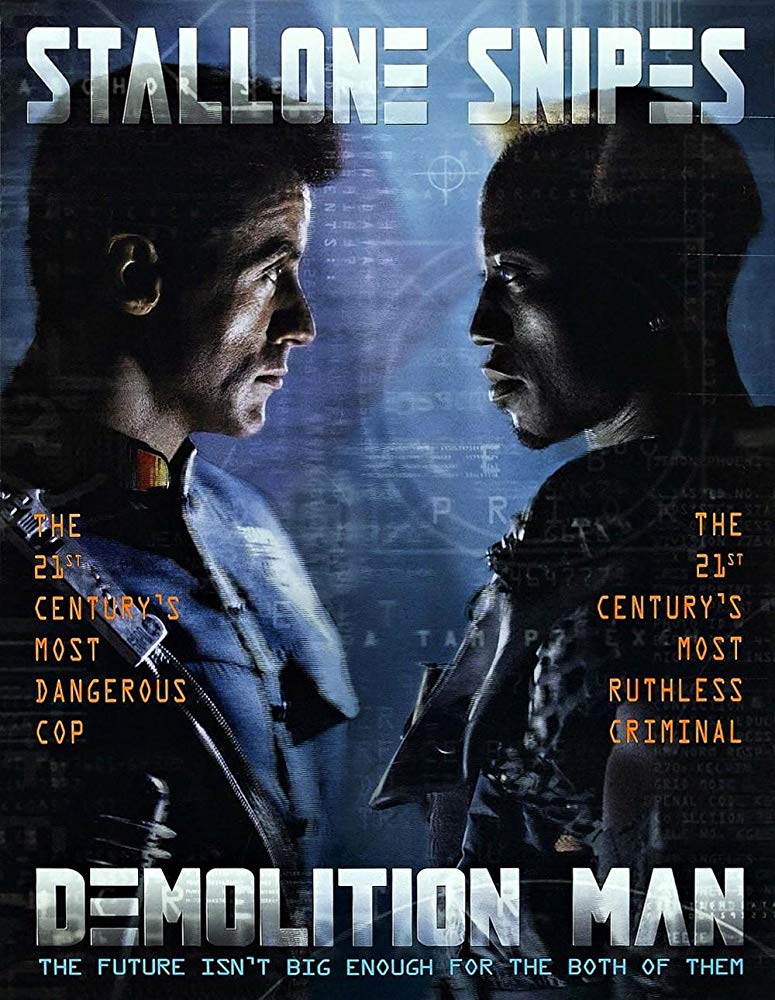 “A police officer is brought out of suspended animation in prison to pursue an old ultra-violent nemesis who is loose in a non-violent future society.”

After watching Idiocracy, I remembered Lord Garth’s article about Demolition Man. I had only ever seen this movie once back in the 90s and never really wanted to see it again. The last few years have gotten me to think more about this movie, however. The article was the push I needed to revisit this action relic.

Demolition Man could be argued as the Conservatives nightmare of what will happen if Progressives run everything. This movie got a lot right, and quite a bit wrong, but there are enough points made to say Lord Garth’s article is correct.

It has been noted that this movie is based on Aldous Huxley’s novel Brave New World and remembering that book from high school, I would agree. Unfortunately, the film suffers from the 90s action style (think Batman Forever/Batman and Robin), over the top and silly. It looks like Tommy Lee Jones was inspired by Westley Snipes’ Simon Phoenix.

This could have been a great film had the camp been toned down, but it does give an insightful look of what a PC/SJW world would look like.