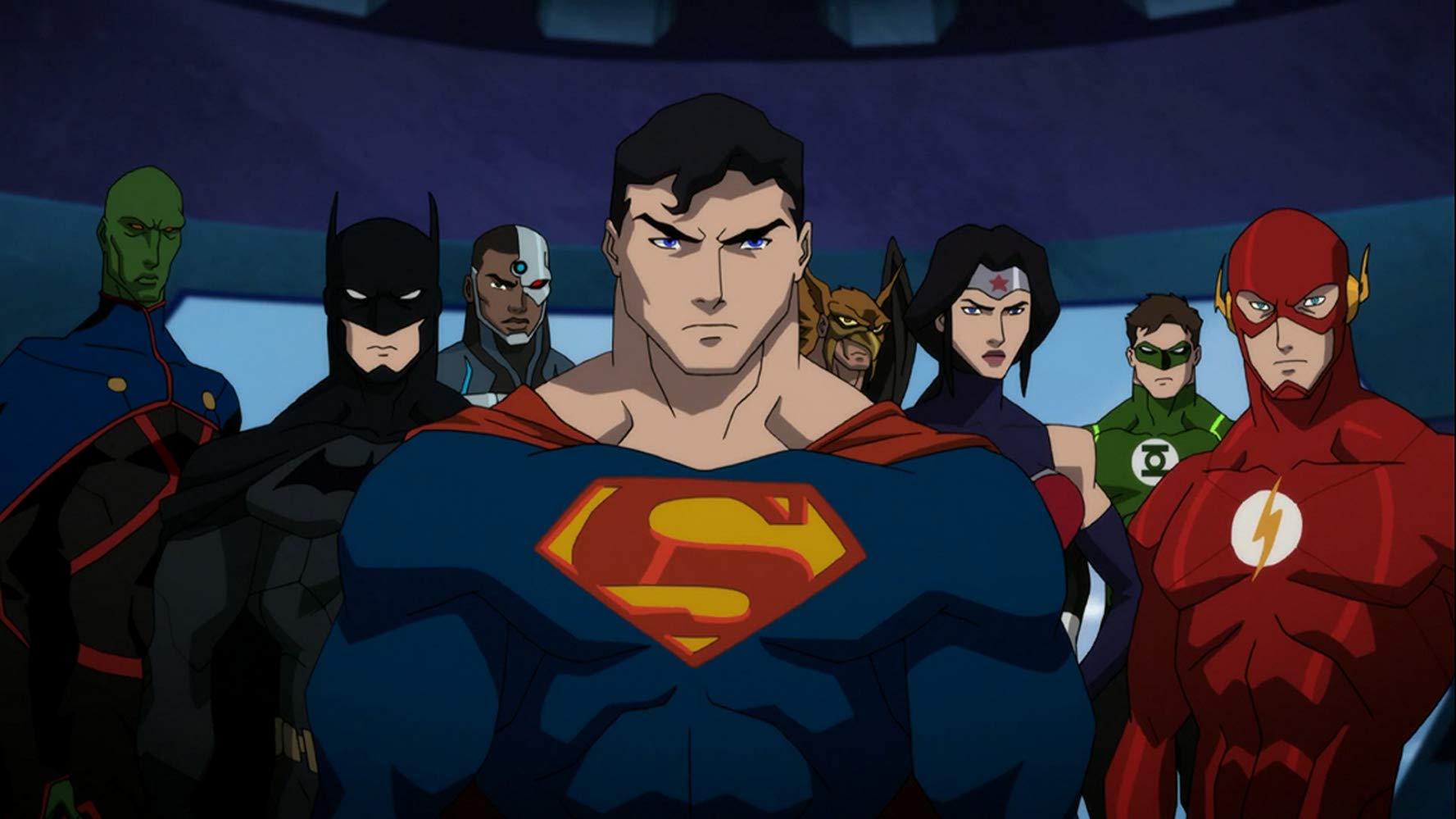 I have realized that I have been getting behind on my ever-growing backlog of films in my collection. I decided to try to get in as many films as possible every week. I completed the following five during the past week. Most of them were actually good, I think you may want to check most of them out.

Did something a little different this time, I focused on DC Animated Movies. I had only seen a couple over the years, Superman: Doomsday (2007) and Batman: Gotham Kight (2008). They were OK, but not something I would recommend to anyone.

DC upped their game however and started to make these movies for older audiences. In fact, several are actually R-rated. As you can see by the picture below, they don’t shy away from the blood and violence: 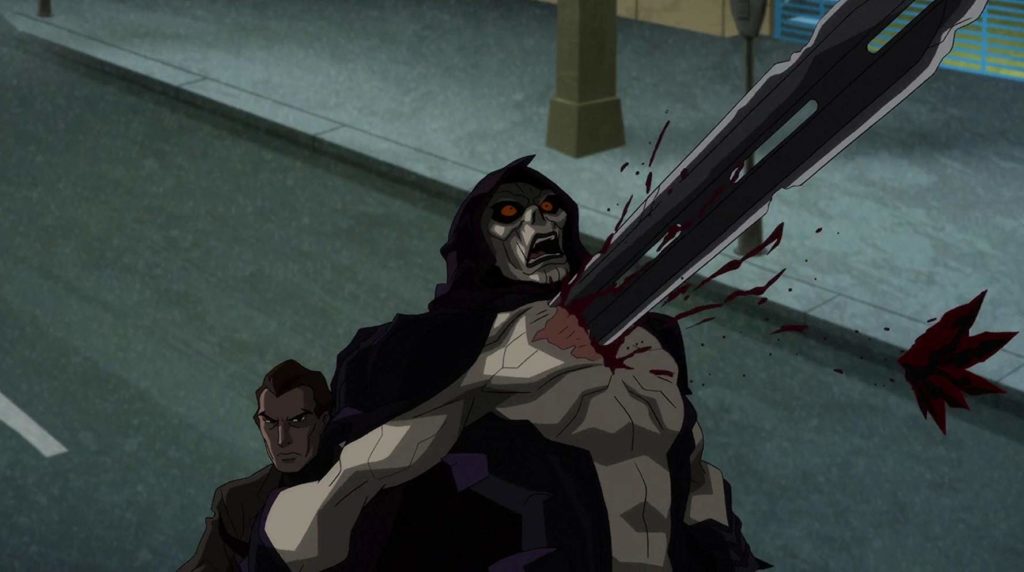 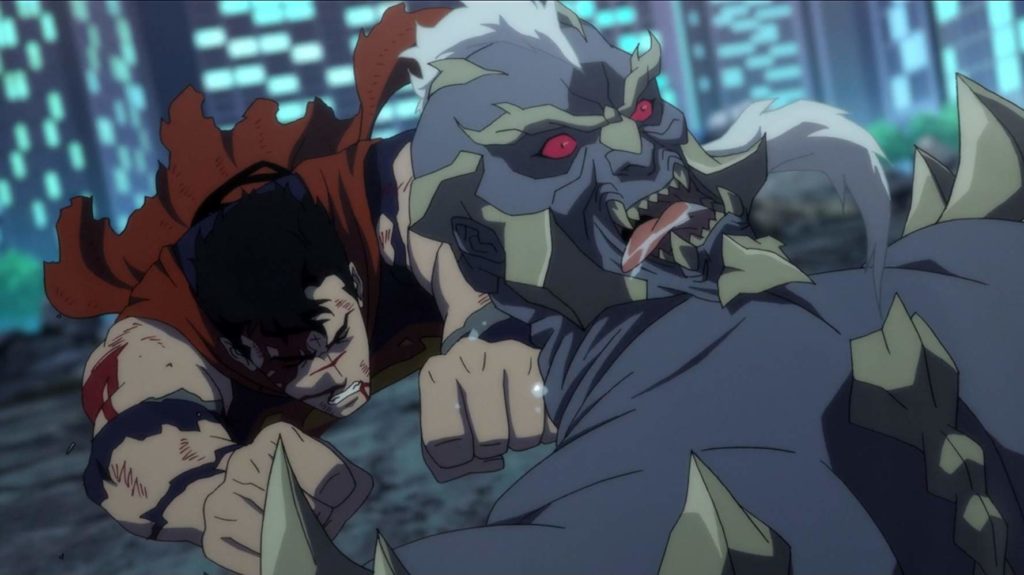 I actually found these films to be more graphic in violence and tone than the live action films, they even drop several S-bombs! 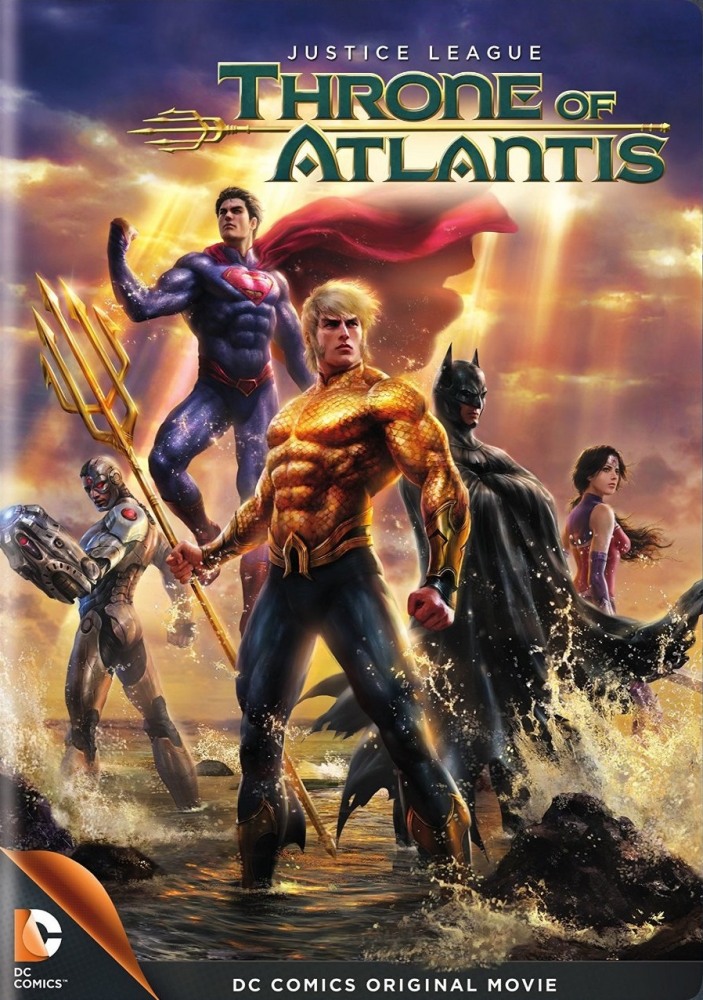 “When Atlantian troops assault Metropolis as revenge for the death of their king, the Queen seeks help from the Justice League to find her son who has gone missing during the madness.”

There was a lot to like about this film, in many ways it is better than the Jason Moma version. It too had a barroom scene, but it had an actual brawl and we see how powerful Arthur is from the get-go.

My biggest issue with this version is that Arthur just happens to have all of his skills with no training whatsoever. He is naturally able to fight with the trident with ease, communicates with the fishes as he would talk to you or me. He didn’t earn/learn his abilities, they just happen. Sloppy writing.

On the other hand, they do get a lot of other stuff correct and should have incorporated it into the live action version.

It’s worth a look if you enjoyed Aquabro. 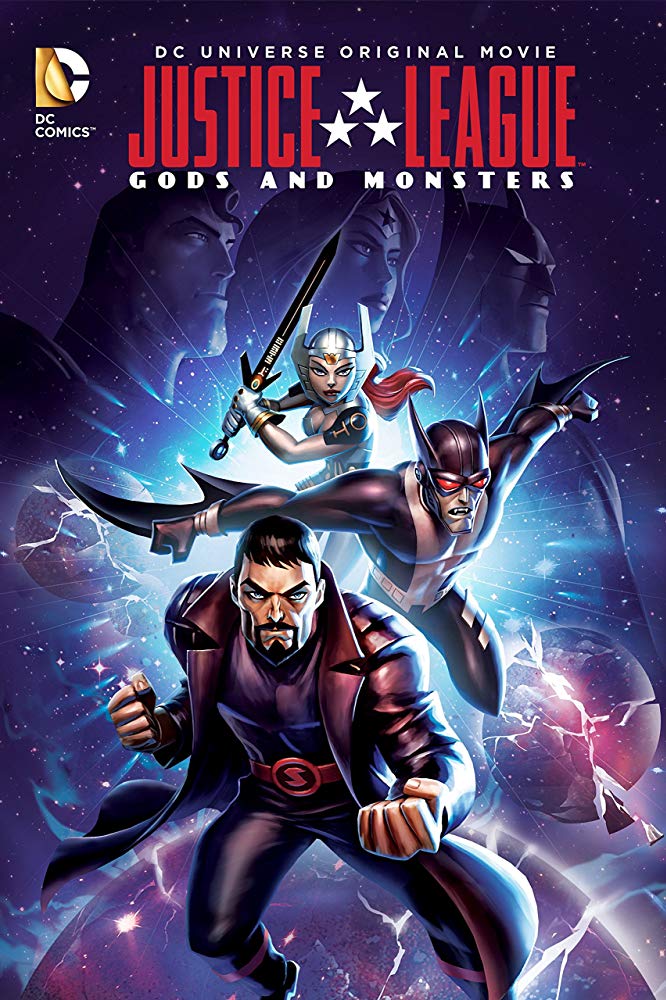 “In an alternate universe, very different versions of DC’s Trinity (Superman, Batman and Wonder Woman), who operate outside of the law, are framed for murders of prominent scientist and the government decides to take them out.”

This one was a little different, I was expecting the Justice Lords, and in some way it was. Looking further into this story I found out that Richard Donner had a hand in creating this version of Superman! Hernan Guerra (aka Chris Kent), was the offspring of Ursa and General Zod. In the comics, it looks like he was taken in by Clark and Lois, this version, he was adopted by Mexican’s at the border.

Rounding off the JL is vampire Kirk Langstrom (Man-Bat in the comics), and Wonder Woman is a New God named Bekka. Yes, a whole new take on the Justice League.

Lex Luther is also a good guy/hero in this one.

The murders are pretty graphic in this movie, so it’s rated PG-13. 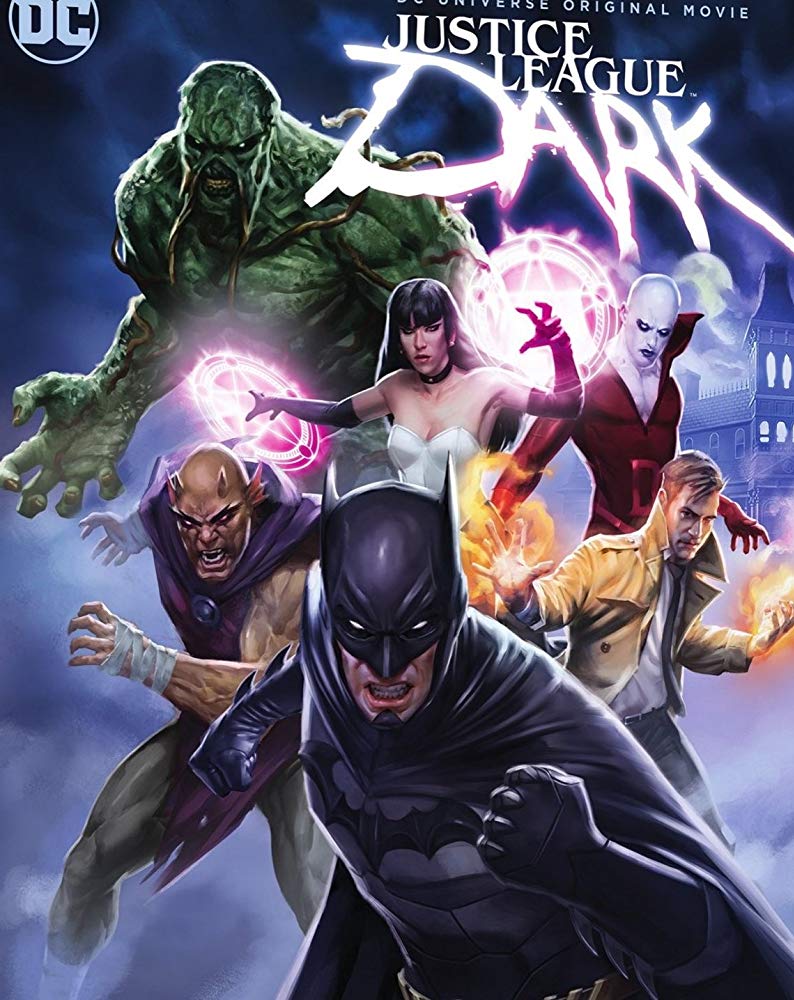 Justice League Dark is probably the oddest one in this roundup. Primarily due to the fact that this would be more at home as a Constantine story. DC must have figured they could get more sales out of this by slapping on Justice League in the title and adding Batman.

“Beings with supernatural powers join together to fight against supernatural villains. This team of supernatural beings include John Constantine, Zatanna and Jason Blood also known as the demon Etrigan.”

Matt Ryan has been able to ride the Constantine role since 2015. He has become the defacto actor for TV and animated features. He pretty much leads this one with Zatanna and Etrigan. Batman says “hmmm” a lot as he is surrounded by magical beings and elements.

We also get to see Swamp Thing and Deadman shine, while Superman, Wonder Woman, Green Lantern are in the backseat for the majority of this movie.

Magic has been tricky to do in a superhero led universe, The CW is playing around with it for this season’s Legends Of Tomorrow. It has been a mixed bag of awful and funny thus far. DC did a pretty good job of mixing it up with this movie and having Batman representing the JL was the smart thing to do.

More violence in this one and is actually Rated R. 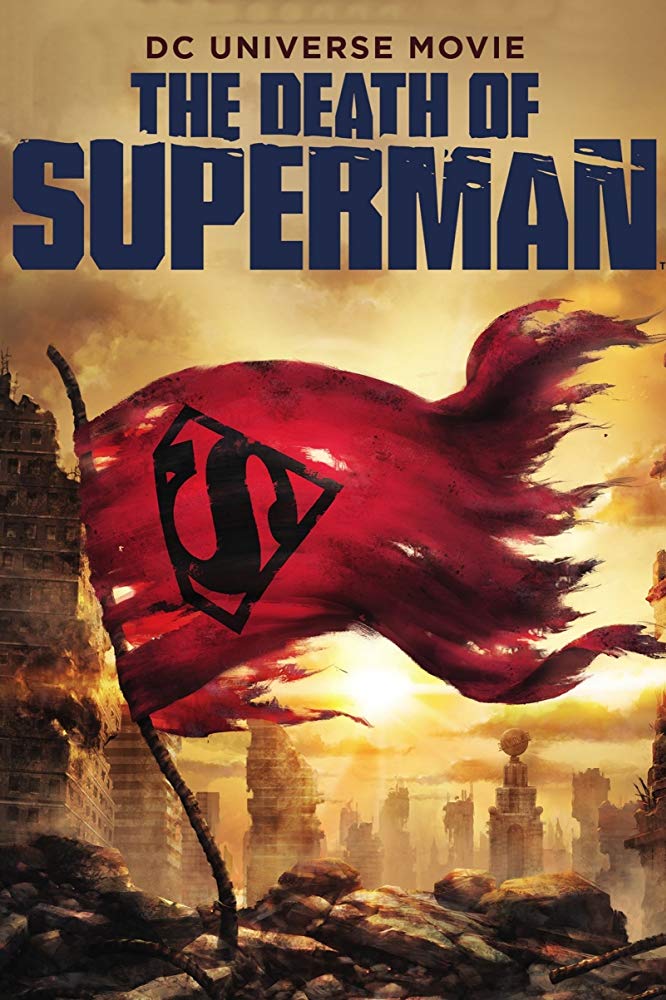 This is the movie that got me to take another look at the DC Animated Universe. If you were around in the 90s, you could not escape hearing about Superman getting killed in the comics. It was a big story and DC was able to boost the sagging sales of the Superman books.

DC released an animated version before in 2007, and if I’m not mistaken, they did the story in the Justice League TV show. Doomsday, however, was not very good, so they tried again with The Death Of Superman.

I’m not even going to cover Batman V. Superman as that film should have never tried to attempt this story as the tacked on mess they did. This version is as close to the comic story so far.

My issue with this version has to do with the New 52 comics that tossed away the Clark/Lois relationship to showcase Wonder Woman/Superman pairing. In these series of movies, Clark and Lois were only workmates. By the time this movie gets going, they have only started dating. She didn’t even know that he was Superman!

One of the most poignant moments of the original comic is this one, the final image: 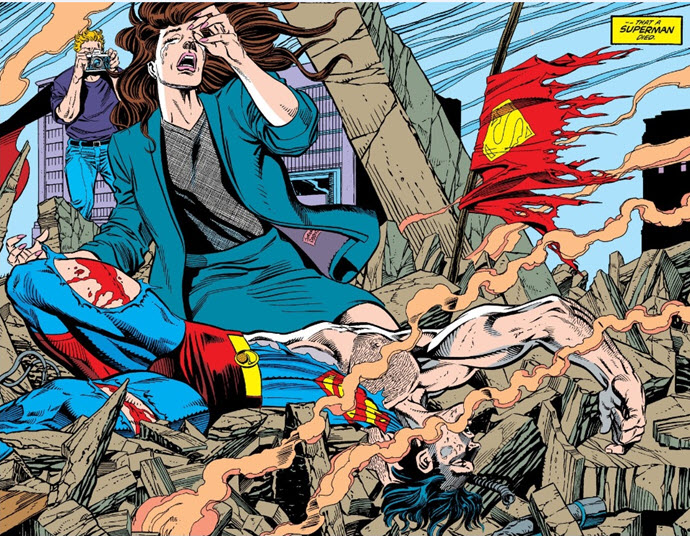 They didn’t quite match this level of emotion as the connection with Clark and Lois was still new in this timeline.

Still better than the live action garbage released in 2016.

Unusually bloody for a DC animation. Many people are graphically murdered. 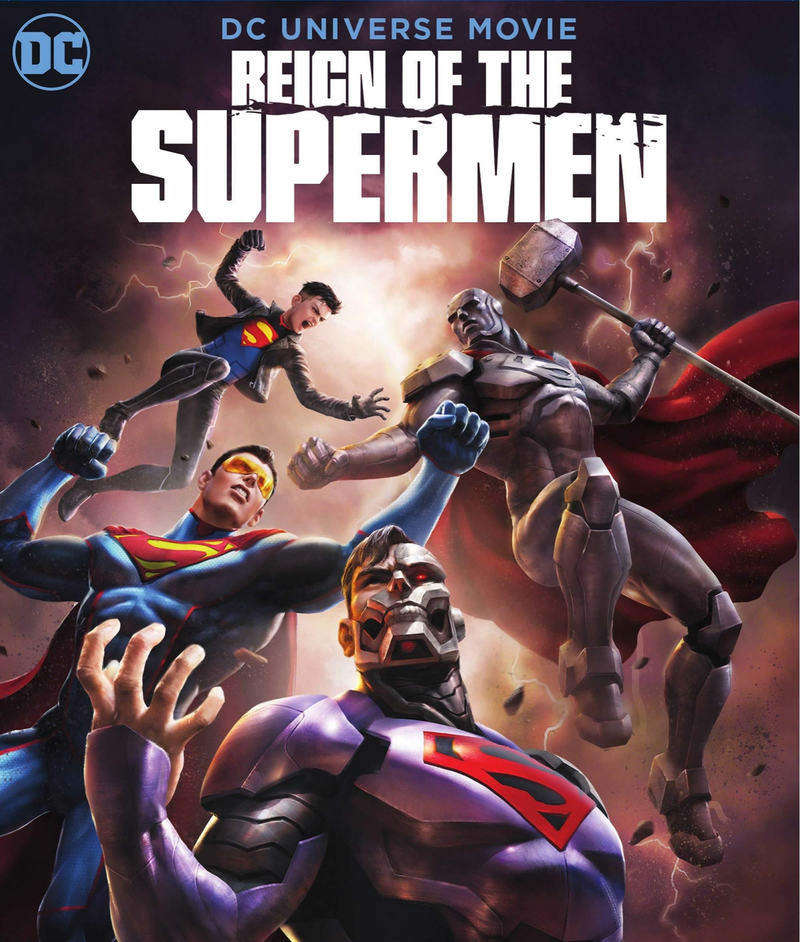 “After the death of Superman, several new people present themselves as possible successors.”

This was an interesting story and should have been done instead of the Justice League film to bring Superman back from the dead. This is not the strongest movie in the Animated lineup, but still better than the live-action films.

I must say, they really used the Cyborg character well in this movie and hope that if they do actually make his live-action film, they use some of this storyline in it.

As it turns out, they did deviate from the original story, some fans have been very critical of this. I guess I will have to source out the trade book to get the actual story.

Rated PG-13, they toned down the violence and swearing in this could have been rated PG.