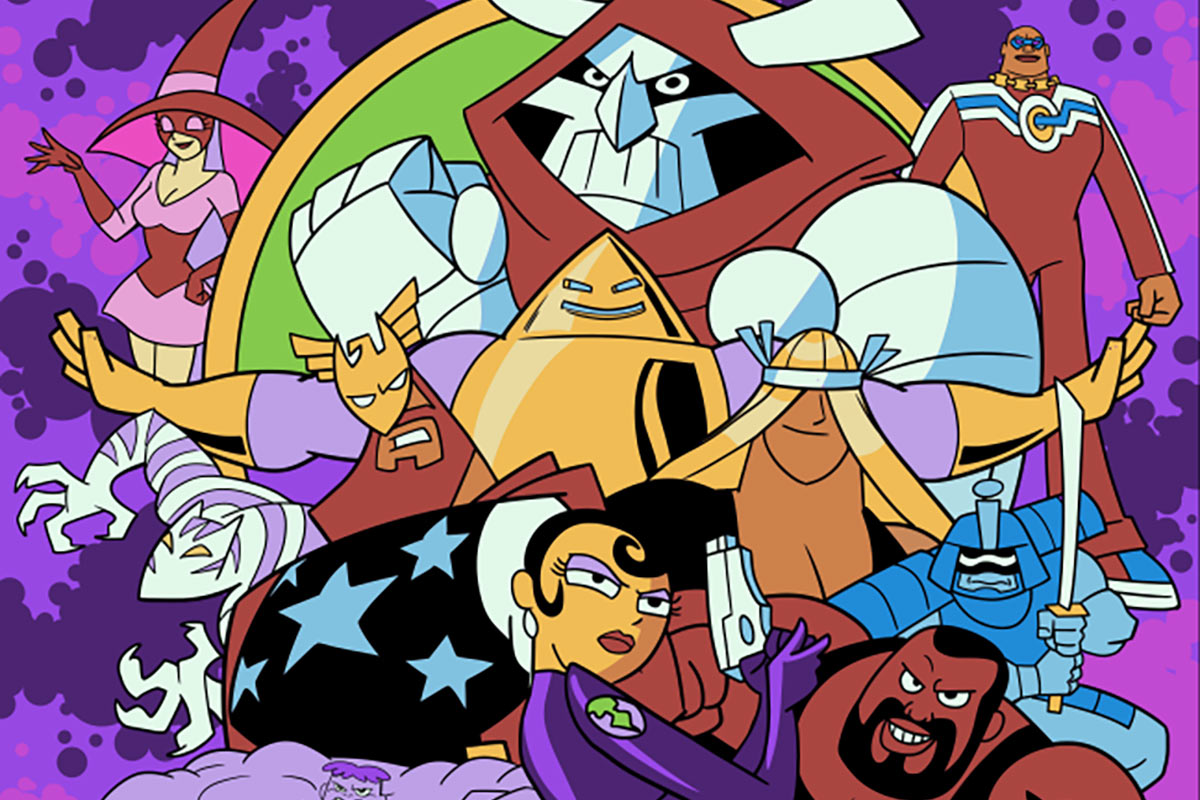 Avengers: Infinity War is currently sitting on an 84% Tomatometer and 93% Audience Score over at Rotten Tomatoes and an unreal 9.1 on IMDB. So it seems that it’s not only the massive hit of the 21st century but also a pretty good movie.

But the most important question is:

What Do The Goblins Think?

YeahSureWhatever
10 years in the making, and a bunch of films with disparate tones lead to an epic movie event with roughly 700 characters and 40 locations. Some how they pulled it off and gave us a really fun time.

Ending packed a punch, even though it may be short-lived.

Ben McVay
Best Marvel movie hands down. First time I ever felt like I was watching a 70’s/80’s Marvel Team Up style comic story come to life.

Angry Kitty
It’s been a long time coming, this Infinity War. Marvel has been expertly crafting this universe for over a decade, filling it with characters that are heroic yet so refreshingly human. That’s what makes the stakes in Infinity War so significant.

Thanos is a devastating force ( superbly brought to life by Josh Brolin) and make no mistake, this is HIS movie. While all the heroes get their moment to shine- in quiet powerful moments (Thor and Rocket, Tony and Peter) or in epic battles in the end, it’s all for naught because in the end it’s all about Thanos. And that’s perfect. Well done, Marvel!

Hauling Them Rathtars
Heroes are nothing without a powerful villain. Otherwise how would they be heroic? The Russo brothers adeptly avoid the boredom and silliness of Captain America: Civil War by giving our Marvel heroes a chance to shine against the spreading darkness of Thanos and his henchmen. A good screen villain (Darth Vader, Hannibal Lecter) brings out the best in our screen heroes and inadvertently helps them become stronger than they believed they could be. Such is the case with Thanos in Avengers: Infinity War.
Full Review: Purple Is The New Black

Hungry Horace
Thanos brings smackdown and then some. Many thought it would be impossible to bring story to screen but they did it. Maybe too much cramped in and you know there is a part 2 so know the end can be reversed. Still a long year to wait.

TyrannosaurusReich
Not as good as I hoped it would be, but still a fun time and worth the ten year build up. Really looking forward to the conclusion next year.

LordGarthFormerlyofIzar
I love that this film gave us something to discuss and wrap our brains around with regard to the definition of villainy. Oh, Johann Schmidt returned as well and his reintroduction as the Soul Gem gatekeeper was creepy as fuck.
Full Review: The Good, The Bad & The Subversive

Both Sides
Thoroughly enjoyable viewing experience. I have been watching the Marvel Cinematic Universe since day one, and the lead up to this has been masterful. Thanos is easily the best villain in the series so far, with a depth that has been sorely lacking from most of the MCU movies. Marvels achievement here can not be stated enough.

Managing to make a coherent and entertaining story with such a massive cast of characters, who all get their moments to shine is something i thought was not going to be possible. But Kevin Feige, The Russos , and all involved made it happen. Make mine Marvel, to infinity and beyond.

Logan_1973
I thought it was tremendous. Felt like an old WW2 film where the war is fought and the story is told on different fronts and angles. Lots of surprises, and man, what an ending. The long wait for Thanos was worth it.

Kirsten Jade
Infinity War has deeply emotional moments that come and go too quickly. The pace of the story allows no time to absorb sizable impacts.

Yet somehow, despite the fact this narrative bulges at the seams, I still didn’t feel bereft of my most beloved characters, perhaps because you go in knowing we’ve got a lot to get through in two and half hours.
Full Review: Allaying All Fears About INFINITY WAR

Harvey Manfrenjensenden
10 years. 18 movies. The climax has arrived and it’s every bit as epic as we were promised. The MCU addresses its biggest weakness over the years by delivering a villain that was worth waiting for. A near perfect blend of emotion and spectacle that never takes its foot off the gas for 2.5 hours and makes you love these characters even more. Given the near impossibility of what Marvel Studios has achieved, it’s clear Kevin Feige truly wields the Infinity Gauntlet.

Freman
It is, from start to finish, driven by its characters. The conflict within it arises naturally from the different values the characters hold, they’re not simply forced to fight because that’s what’s in the script.

It has to be said that even its main villain, not usually regarded as a MCU strength, has an understandable, if horrendous motivation, and it could teach other franchises (naming no names) how to create intimidating CGI villains.
Full Review: Middle Earth Checks In Early On AIW

Vector
This is a fantastic climax to ten years of Marvel greatness. Every hero gets their moment in Avengers: Infinity War, with a few key characters enduring emotionally powerful arcs. The ending is a triumph – The feel good movie of the year!

Gigantic Cahuna
Yes.  It’s very, very good.  It’s not perfect, but it’s about as close to perfect as a mass-market multiplex superhero CGI slugfest can get.

Claud Henry Smoot
Avengers: Infinity War is possibly the bleakest Marvel movie yet.  Its also one of the very best. I had some doubts going into the movie that were quashed after the first scene featuring Thanos. Ironically there is more humanity in Brolin’s masterful performance than anything Henry Cavill has produced as Superman.

GottaHaveMyPops
This movie’s unique in that, while it works well on its own, it is enriched splendidly by the other MCU installments which preceded and inform it. Conversely, there are some places where more setup would have been welcomed (particularly regarding Gamora’s backstory).

Best part for my money was the team-up fight against Thanos on Titan featuring Spidey, Iron Man, Doctor Strange, and half the Guardians. Pure comic-book magic.

Joe Fixit
Loved it. Most human Marvel movie next to Logan. Thanos is the Papa Midnight of Marvel. People are fighting the things they hate, not saving the things they love. The bad guy finally wins. Cons: Thanos doesn’t look menacing. At all. And Strange just giving up the stone was a weak plot device.

Cool Hand Juke
I rewatched Guardians of the Galaxy Vol. 2 this weekend instead of seeing Infinity War, and I’d still eat Mantis’ ass. I read spoilers and didn’t feel like i missed anything.

Plus one “Fuck Rian Johnson” and one perverted sex act with Mantis.

Check out all of Film Goblin’s coverage of Avengers: Infinity War.