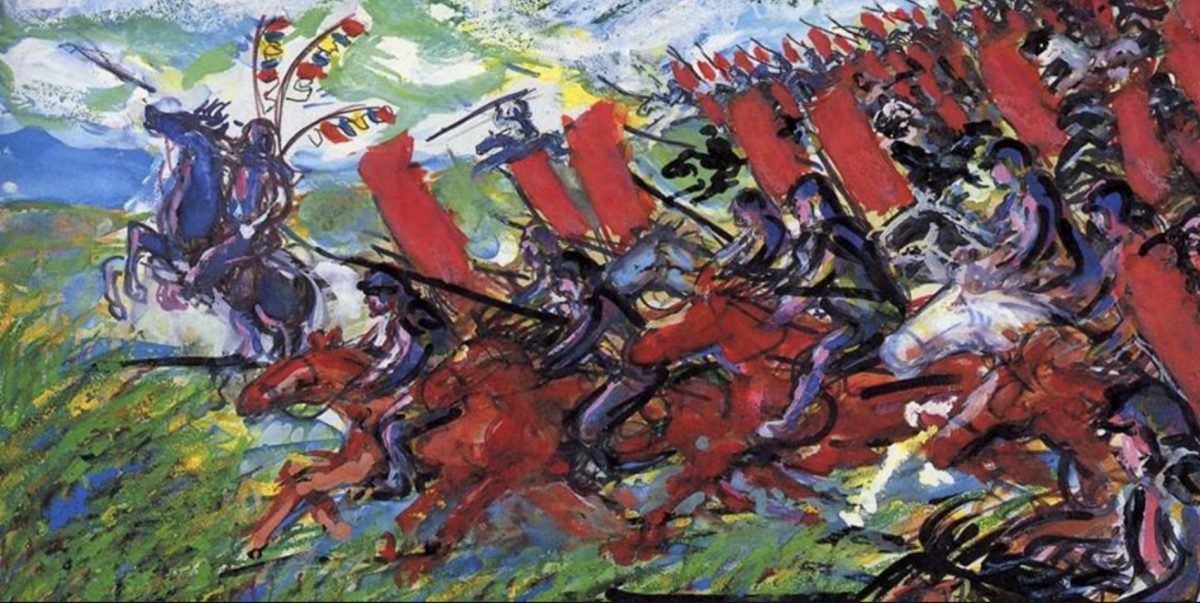 Ran by Akira Kurosawa is a masterpiece. It is easily one of the greatest films ever made and one of my all-time favorites.

If you consider yourself a movie fan and have not seen this thing, get to it. The film is Kurosawa’s magnum opus and the culmination of his entire career.

When talking about Kurosawa’s greatest work you always hear about Seven Samurai, Yojimbo or Throne of Blood being mentioned by most people, with Ran often being left out of the conversation, but it deserves to be on the top of the list.

Everything about it is great: the story, acting and action are all top-rate. The music and cinematography are some of the best you will find in Kurosawa’s work. There are scenes and images that will stick with you forever.

The film is also a contradiction of itself. It’s beautiful, yet bloody. A personal story, yet told on an epic scale. There are moments of peace followed by complete chaos. It’s dark, yet searching for light. 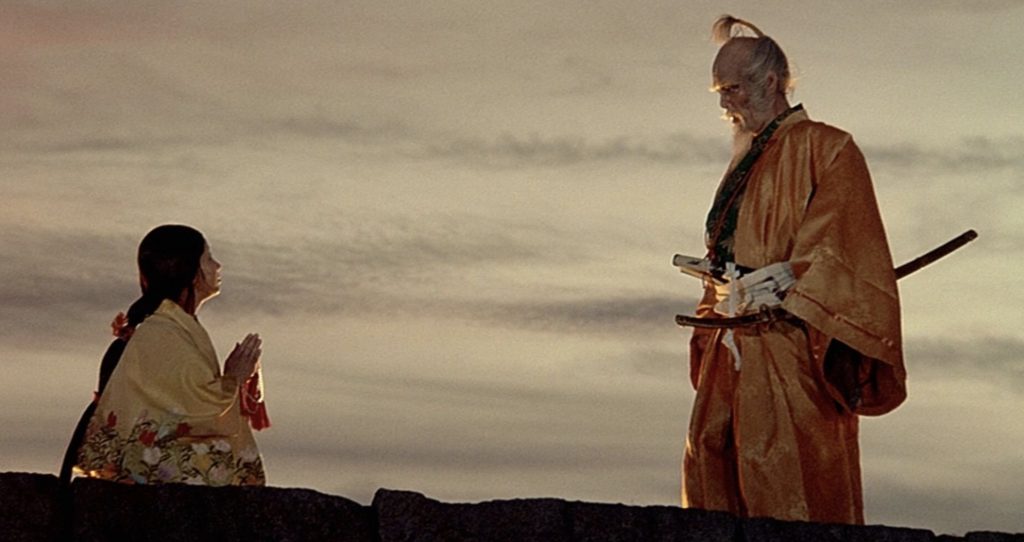 As I said, this thing is beautiful. Not just how it was shot, but the locations and costumes are stunning as well. It’s shot in a realistic way, yet highly stylish.

The scene when Lord Ichimonji’s castle is attacked is so breathtaking and perfectly put together that it’s one of the things that inspired me to become an editor. The music in it is so simple and haunting that I can swear I remember it almost note for note from the first time I ever saw it. 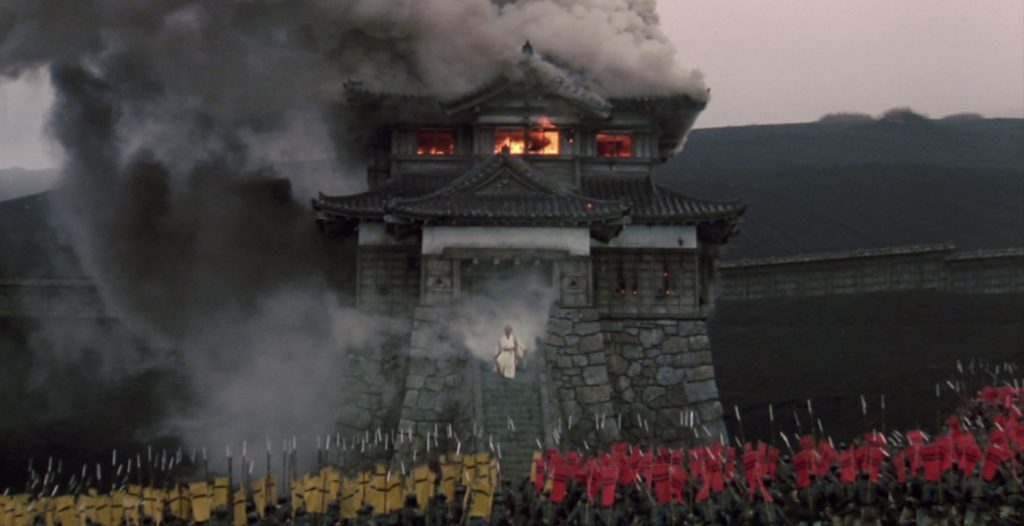 I first saw it in an Asian cinema class I took in college and fell in love with it immediately. When DVDs came out it was one of the first disks I purchased (Revenge Of The Nerds being the first). This is one of the films in school that made me really see the influence a director has on a film and what they mean when they say a movie is an epic.

The story is a retelling of Shakespeare’s King Lear, with Europe being switched out for feudal Japan and the king’s daughters being switched out for his sons. With a lot more gore than old Will probably had in mind. Maybe switching the focus from the daughters to the sons would not work in today’s woke world, but it fits within the culture of the characters. 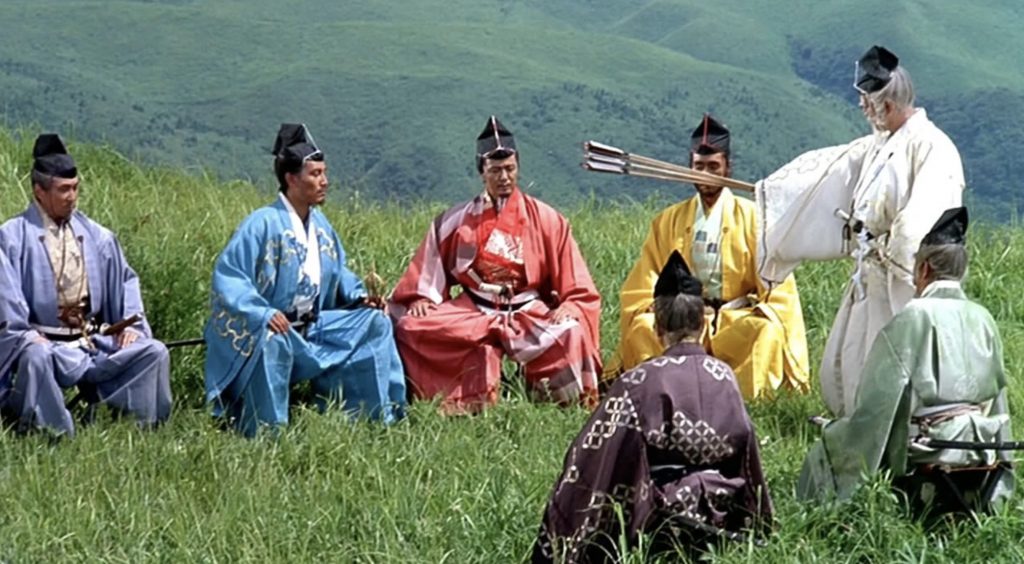 Not Quite A Lucasfilm Productions

The film getting made could be traced back and partially credited to Steven Spielberg and George Lucas. During the 70’s Kurosawa’s career was on the decline and he found it hard to get funding for his films.

When they found out that one of their greatest influences was on hard times creatively, they made it a requirement that Paramount distribute his next film in order for the duo to make Raiders Of The Lost Ark for them.

The film wound up being Kagamusha and a box office hit. The success of that led to Kurosawa getting the green light to make Ran and the rest became history.

Ran was a passion-project for the director. He storyboarded the entire film by hand painting each shot ahead of time. 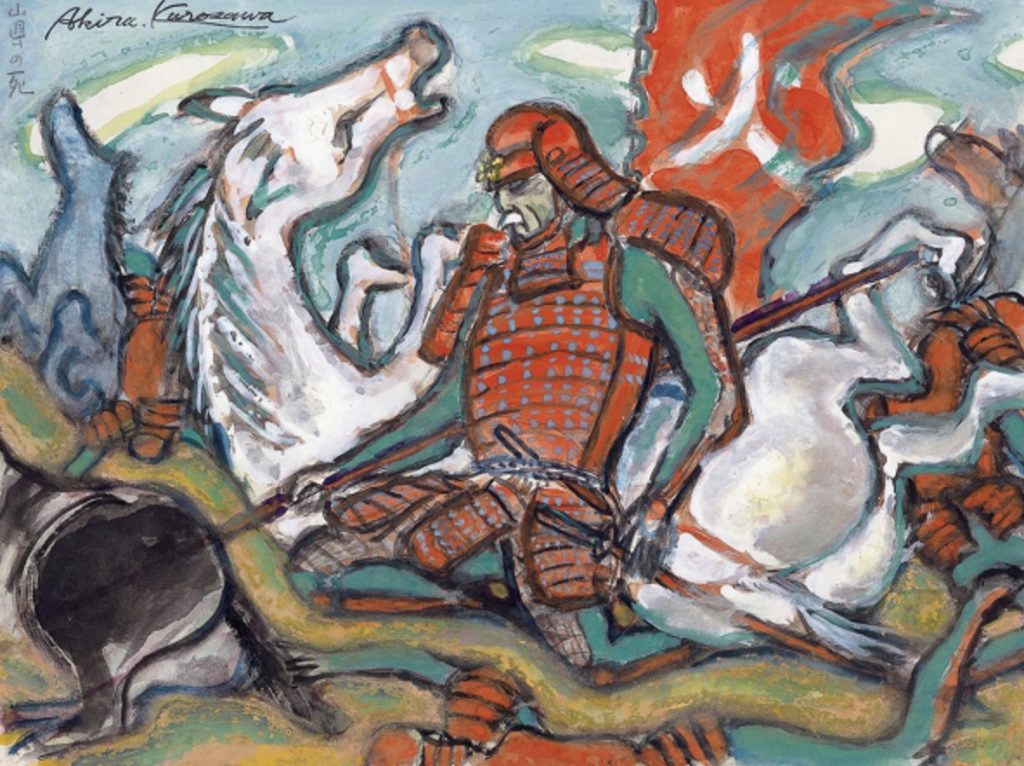 Many people also believe the story to be partially influenced by his own life, with Lord Ichimonji’s ejection from his castle and events afterward being a mirror of Kurosawa’s treatment by the Japanese film industry after years of being one of its greatest filmmakers.

Though not a huge box office hit, it was greatly celebrated by critics and nominated for 4 Academy Awards in 1986, including best director. It helped revive Kurosawa’s career, but ultimately became the director’s last great work. 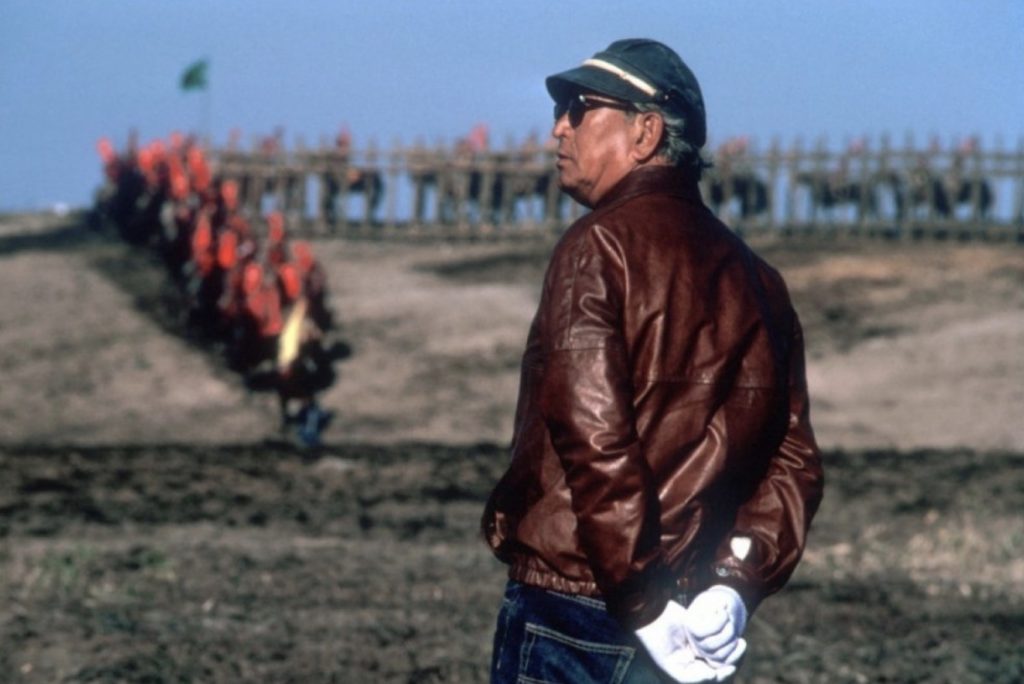 It also was made well after Kurosawa and his frequent star Toshiro Mifune’s had their fallout and stopped working together. Though Tatsuya Nakadai gave a great performance as Lord Ichimonji, it’s often wondered by people how the film would of turned out had they remained friends and Mifune played the role instead.

I remember seeing the trailers for The Last Jedi before it came out and the shot of the Jedi temple burning in it always reminded me of the scene of the castle being stormed in this film. Since the original Star Wars was heavily influenced by Kurosawa’s Hidden Fortress, so I started thinking Ran would make a great Star Wars film, with Lord Ichimonji being replaced by Luke Skywalker.

Too bad they didn’t go in that direction. I think it would have made a great film.