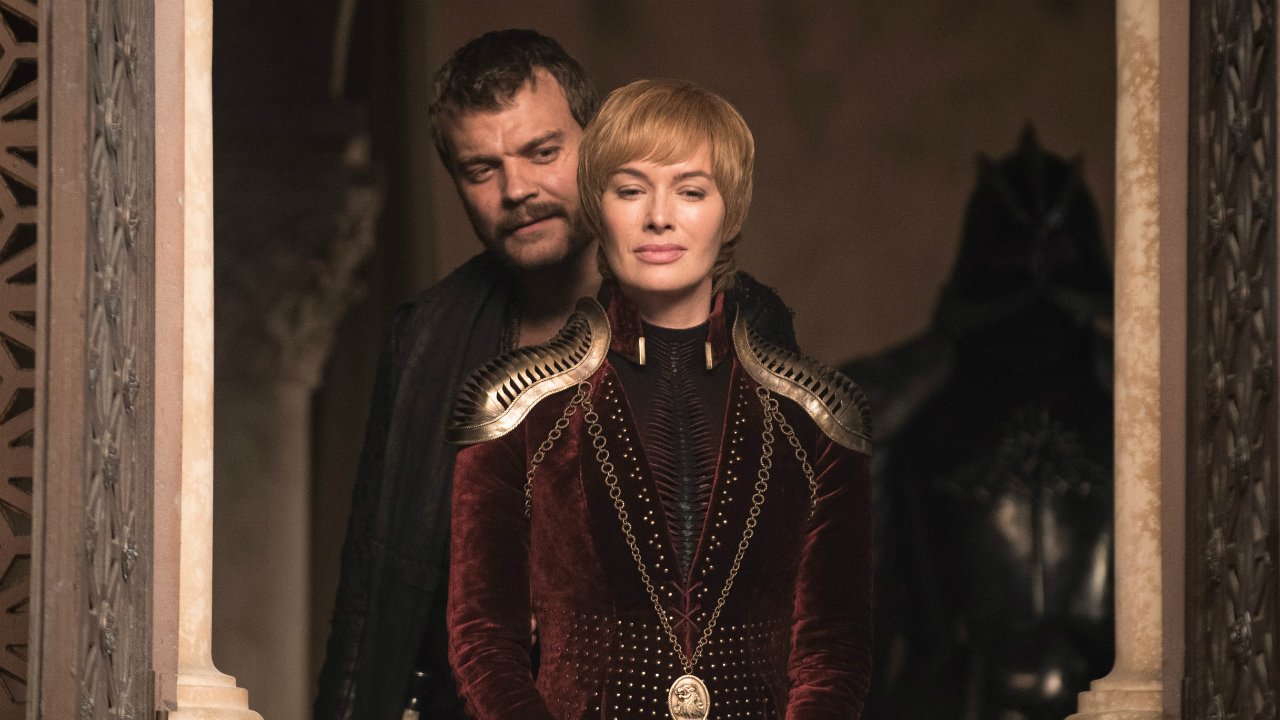 So, we are back after the Battle of Winterfell last week. Another slower episode like the first 2 of the season. It was… OK.

I finally watched Endgame Sunday night and immediately got home and started watching this episode, so I don’t know, maybe my judgment of the show is influenced by that and I wasn’t in the right frame of mind to take on more drama in Westeros.

The episode was kind of meh for me. Leading into this season a big deal was made about how there are only 6 episodes, but each one is like its own feature film and that just has not happened. I think this season has been good so far and that last week delivered despite all the complaining on the internet about it, but I was just expecting more leading up to the end.

Jamie And Brienne Of Tarth

I don’t know what is going on with these two anymore. Jamie seemed to turn around and go through redemption, but now he sleeps with Brienne of Tarth and leaves her as soon as he gets out of bed with her. 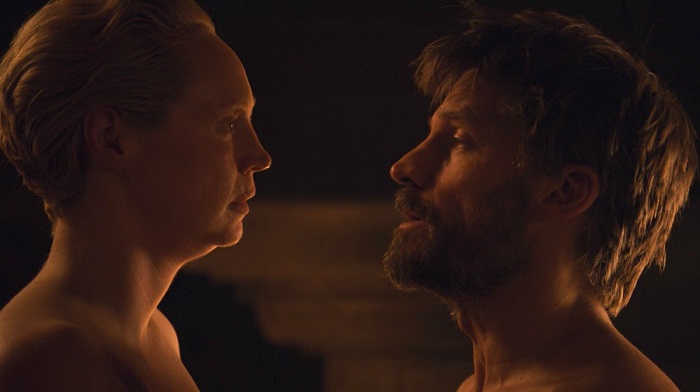 Does he still have feelings for Cersei? Is it a guilt thing? And she sleeps with a man for the first time and suddenly can’t control her emotions anymore? He is doing this after he finds out that Bronn was sent by Cersei to kill him, so maybe he’s going back to King’s Landing to kill Cersei? 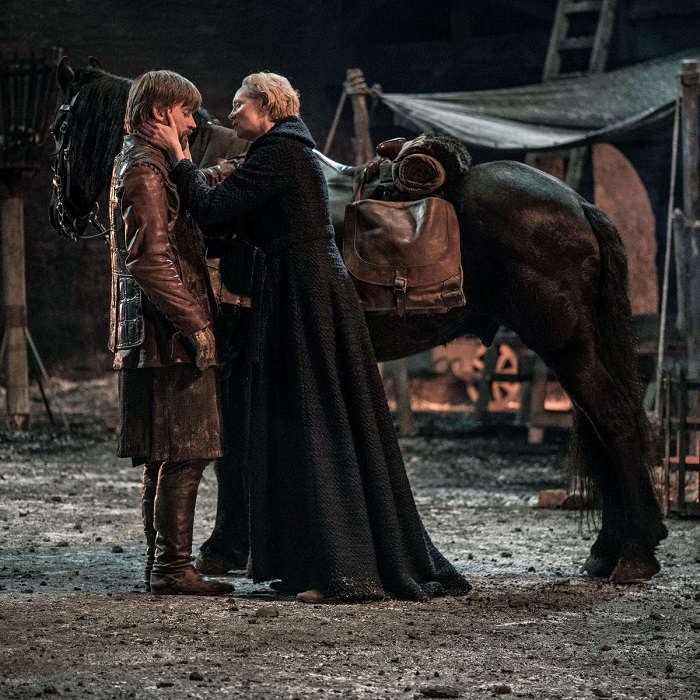 Dude only has one hand. He’s not in a position to be so picky.

At one point, I just started thinking that the writers made a list of everyone who is still a virgin and tried to figure out a way to get them into bed with someone else.

That scene with him confronting Jamie and Tyrion seemed really out of character of him. I get that he’s a mercenary and will do whatever he needs to get paid, but he’s their bro, so for him to attack Tyrion and shoot the crossbow at Jamie, where did that come from? Just really odd scene that felt out of place. 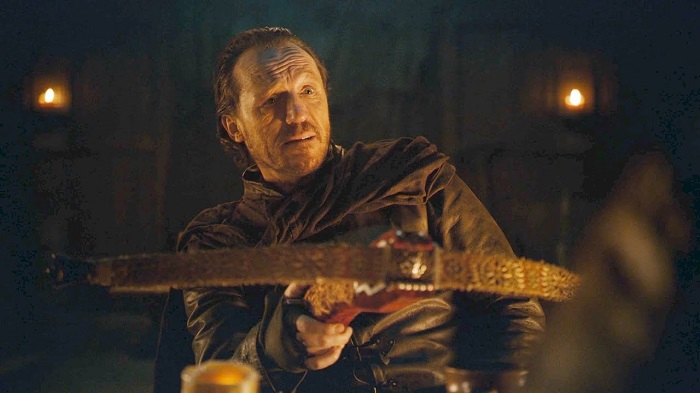 And how did he get to Winterfell so quickly?

Jon Snow gave a nice speech that was similar to the Night’s Watch oath, but how were they able to clear the battlefield and build so many funeral pyres so quickly? 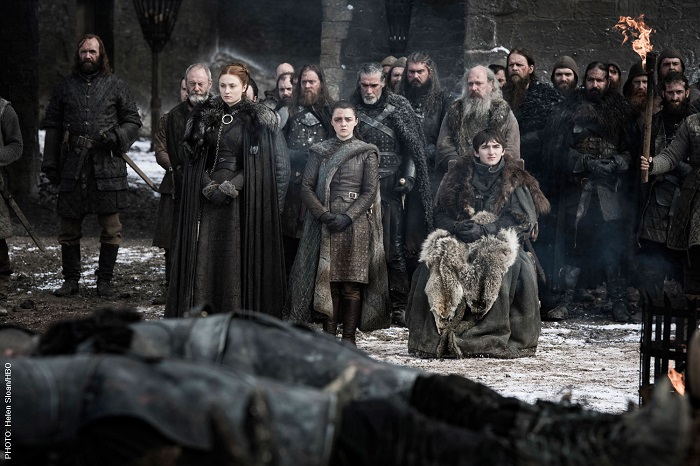 For some reason, it just really bothered me.

Dany made it clear that she does not care who Jon Snow really is and plans to still be Queen. Jon Snow made it clear that he is not interested in the throne and will step aside for her so she can rule. But none of them seem to be too worried over the fact that they are both related and share the same family blood. I don’t seem to recall it being a thing in the Targaryen family for there to be inbreeding like with the Lannisters, so why is at least one of them not creeped out? 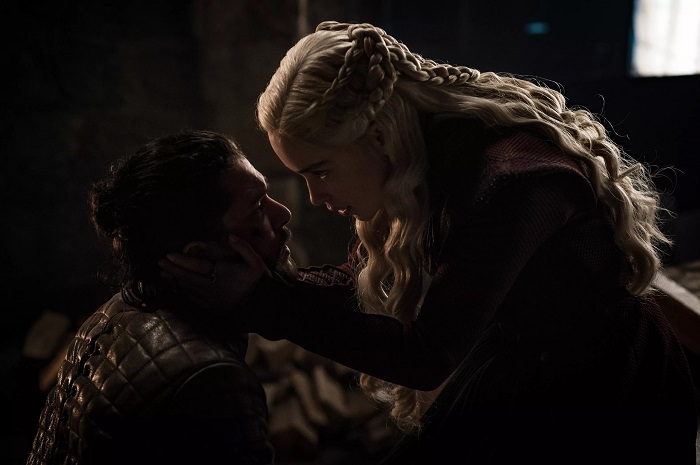 Jon Snow is in a strange place on the show. The writers have him where he can’t seem to commit to himself as either being a Stark or a Targaryen and his loyalty flip flops based on who he is speaking with.

He also has not addressed how he feels about being lied to his entire life about who he is. It would be nice to get a scene where he is in the Crypts of Winterfell and gives his thoughts on it. Does he think Ned Stark did the right thing? Does he wish he was told earlier? But at this point, it will never happen. 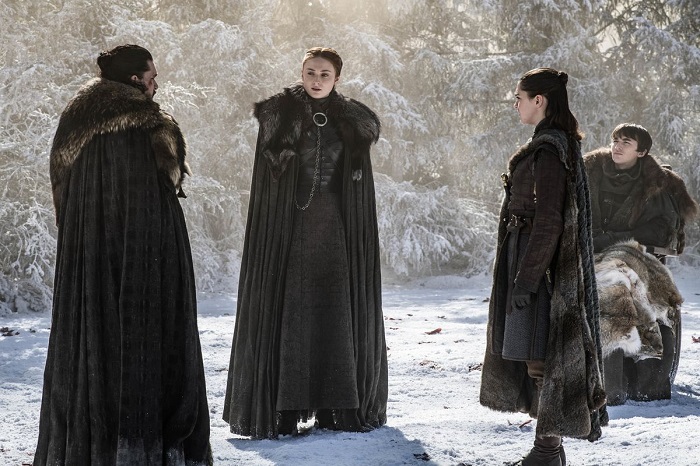 When Sansa and Arya speak to him at the tree in the Godswood, why does he have Bran tell them who he really is rather than say it himself? That’s a major moment and they don’t even show Sansa and Arya’s reactions to it.

Arya has officially committed to the warrior life and is not interested in ruling when Gendry asks for her to marry him. I guess she got what she wanted out of him and has decided to move on. 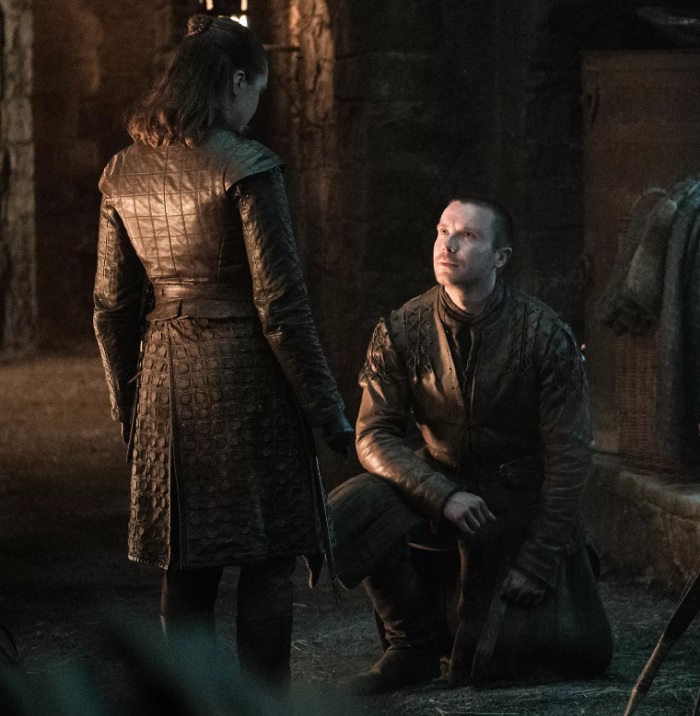 She’s also acting very distant after killing the Night King, but the reasons for that are never addressed. 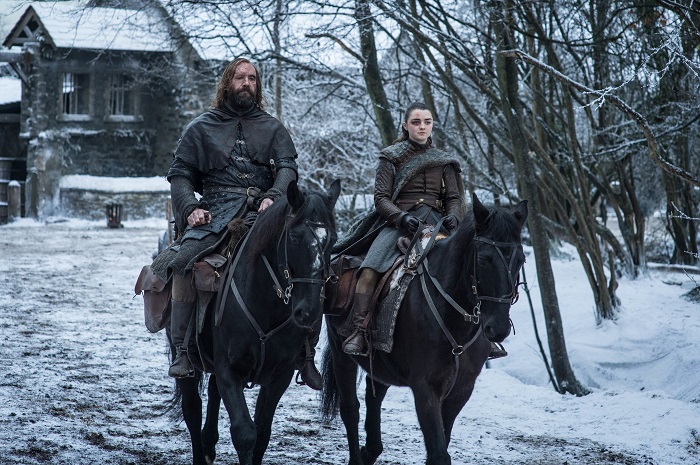 It’s nice to see her leaving Winterfell with the Hound though. The scenes with them together traveling in the earlier seasons were some of the best and it looks like they will reunite for the last two episodes.

So are the now officially gone? Do they just walk out on a horse and that’s it? I can’t image that’s the case and that they would give two of the most popular characters such poor sendoffs. 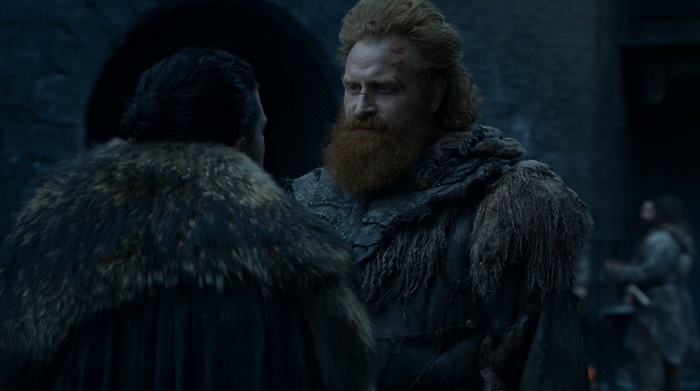 Samwell feels like he still has things he needs to do for his character’s story to be done. And Gilly, what’s the point of her anymore?

They started to make her more of Samwell’s equal and partner in crime last season, but in this season, she just shows up for a scene each episode and that’s it.

Can anyone please explain to me why Dany did not burn down the Iron fleet, especially after they just shot down and killed one of the dragons? Makes zero sense what so ever. 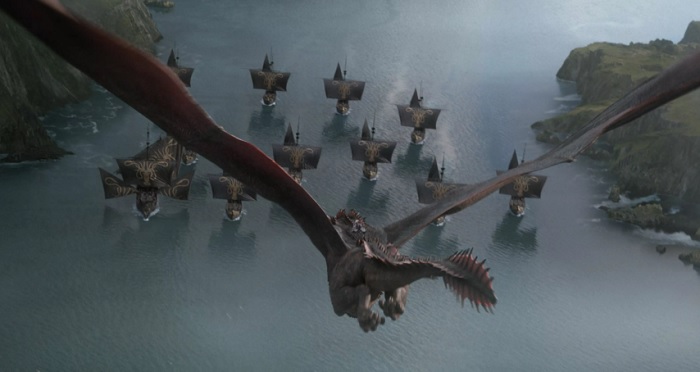 I was thinking that maybe she went down there to avoid fighting, but they fired multiple shots and started to take down the North’s fleet, so the fighting has already begun. Why bring a dragon to a fight if you’re not going to use it?

The dragons are such a big part of the show, that anytime one of them dies, it’s a major moment, but when it died this week, he kind of just fell in the water and that was it. With a dud. Don’t know what they were thinking. Why kill the dragon at all? 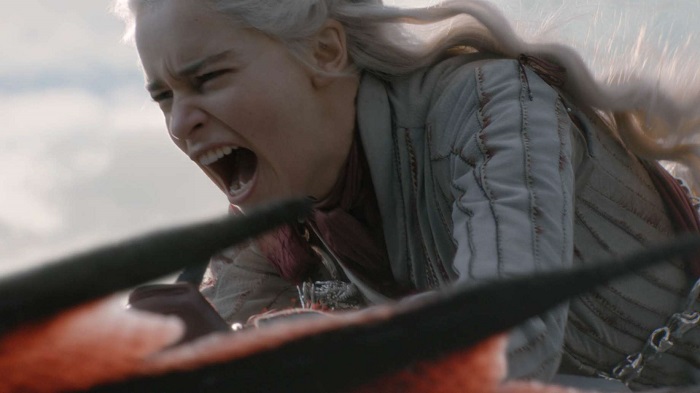 And how was Kings Landing able to build so many giant crossbows in such a short amount of time and arm both the fleet and castle with them? I guess as they get closer to the end, they are just throwing more and more logic out the window.

I did a quick search this morning on what people thought of last night’s episode and apparently, there is this huge outrage that she was killed online.

Am I missing something?

She’s such a minor character that I did not think she had any fans. But I guess we all have to find something to get angry about. 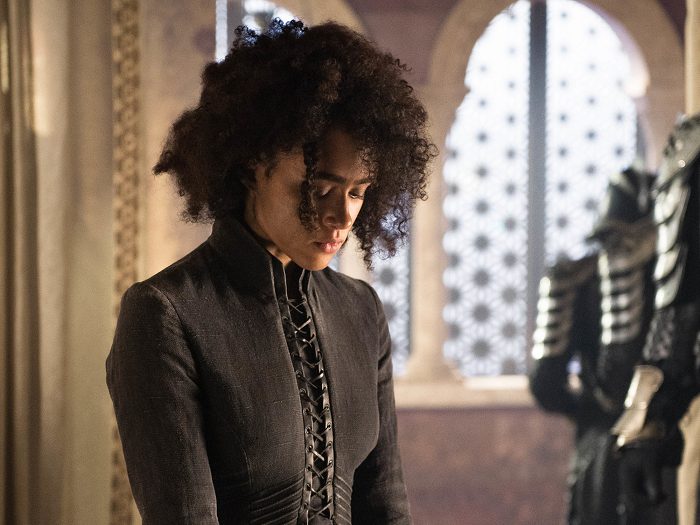 Know what, I changed my mind. I do not think I like this episode at all.