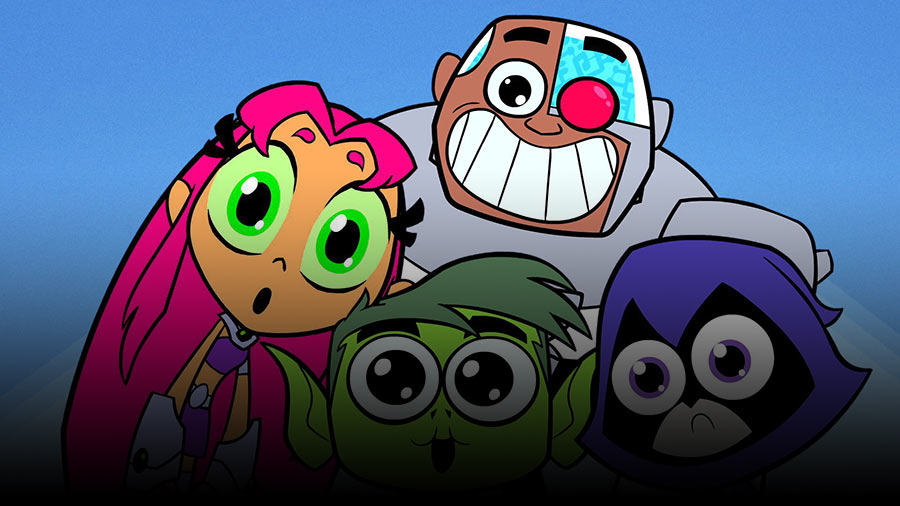 For many millennials who came of age in the early 2000s, Cartoon Network’s animated Teen Titans show was a cultural touchstone, something we’d watch at a certain time every weekday so that we could talk about it with our buddies the next morning.

Many of us had aged out of weekday cartoons by the time the show ended its five-season run in 2006, and the Teen Titans — Robin, Cyborg, Beast Boy, Starfire and Raven — went dormant.

Then, in 2013, after a test run of youth-skewing mini-episodes, drawn in a radically different style, the original voice actors came back to reprise their roles in Teen Titans GO!, a sillier, lower stakes series that focused on what kind of shenanigans the Titans get up to in their tower when they’re not fighting crime.

The reboot was cool with characters that are drawn with body types that actually make them look like teens, rather than muscled 20-year-olds, and full of goofy humor. The show asked a bold question: what if superheroes had fun?

The reinvention continues with the show’s first full-length movie. Teen Titans GO! To The Movies, keeps the light, jokey tone that connected with the young fans of the new show.

The simplest way to describe it would be a diet version of The LEGO Batman Movie: a film so self-referential it puts even Deadpool’s fourth-wall-busting to shame. There are even a few lines about how the Titans’ nemesis Slade, aka Deathstroke, looks like Deadpool, with one of the characters telling him to “say something to the camera.”

The loose plot of Teen Titans GO! To The Movies finds the Titans pining for their own movie vehicle — a concept that’s already very meta, given that this is a movie about the Teen Titans.

They learn that to get one, they must be taken seriously, which in their world means finding and defeating an archvillain.

Of course, this iteration of the Titans can’t take anything seriously, which, naturally, they discover is their greatest strength. In-jokes about DC’s super-serious filmic embarrassments — like Green Lantern and Batman v. Superman’s “Martha” moment — abound.

The background to the 2D, chibi action is brimming with nerdy jokes (a poster for BvS features Batgirl and Supergirl hugging) and deep cuts of DC lore: Challengers Of The Unknown, anyone?

There’s an inspired Aquaman gag that entirely justifies the ticket price on its own and a final line for the ages. Even the casting is beautifully meta: Nicolas Cage finally plays Superman, while his real-life son Kal-El voices a young Bruce Wayne.

Occasionally the action drags as characters experience a bit of distracting personal growth or sulk following a setback, though even those bits generally turn into a poppy song (oh yeah, this is also a musical) that distracts from Robin’s tendency to be an egomaniac.

But that’s a minor quibble. This gorgeously silly tale ruthlessly skewers all those other vainglorious superhero movies while showering affection on the whole dumb lot of them. It’s an absolute joy.

Smart and stupid in equal measure, this is a palate cleanser after the doom and gloom of Justice League. The Titans could make you fall back in love with the entire DC Universe. 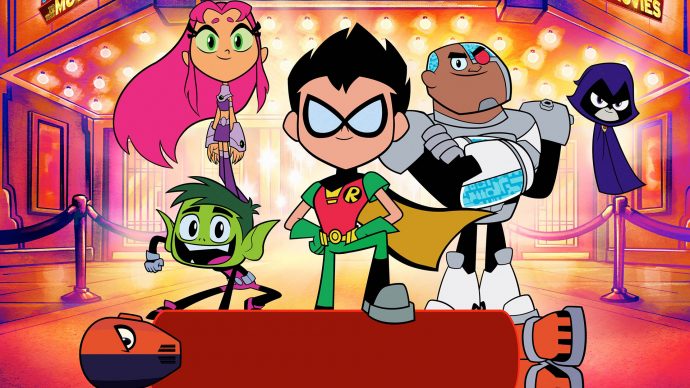