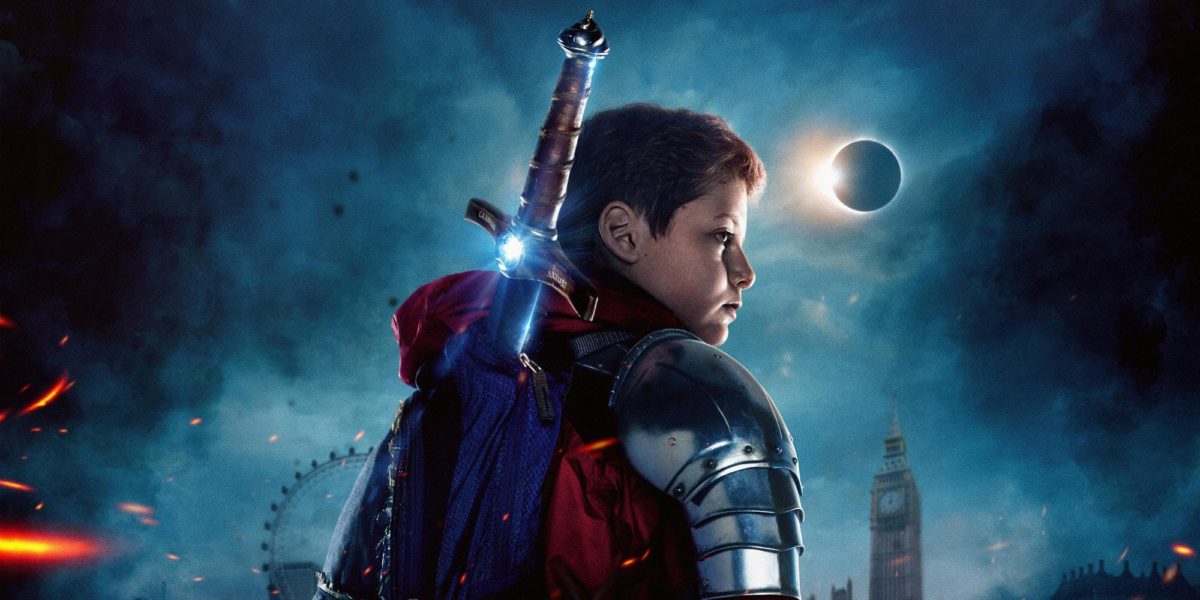 For this rant, my scream at the universe is how the heck this movie got completely overlooked and met with a shrug at best. Damn, I enjoyed this!

When I was a wee one back in the 80s, the kid’s movies were great mostly because they pulled no punches. JAWS was rated PG for chrissakes. Dark Crystal, Labyrinth, Ghostbusters, Goonies, TRON, and the nightmare sequel Return To Oz… they were fine with scarring you for life.

What do kids get now? Chipmunks? Nothing scars them anymore. I blame the PG-13 rating. Those movies have to appeal to the broadest audience possible. When there was PG followed by R and nothing in between, they could stretch what was PG and many family and kids movies rated PG would be targeted to kids but with very broad ideas. Once PG was split with PG-13, PG movies became only kids movies and a sanitization seemed to happen.

So here comes The Kid Who Would Be King, a throwback to those movies. Where kids were alone, parents were clueless, and they had to save the world. There are no punches pulled in this movie. Sure, no one really dies but the stakes are pretty damn huge.

So this basically the Arthurian legend in the modern time. The titular kid pulls Excalibur from the stone, so to speak, and then knights his friends and his enemies to draft them into the fight against Morgana who is truly a nightmare.

The kids take the roles of knights of old with cute moments here and there thanks to the transposition of the modern world into this mess. Thankfully they have Merlin the magician played great by Angus Merle and occasionally Patrick Stewart!

The gags are never dumbed down, the pop culture references are minimal, if at all and there is a real character arc with most of these kids. I don’t want to spoil it. I can’t say that there are huge surprises but it was just a solidly enjoyable film.

It’s a damn shame this didn’t do better. It’s well acted, doesn’t overstay its welcome and the effects are pretty great. Occasionally it almost looked like stop motion which just added to the charm in my opinion.

Go rent it. Let’s get it to cult status at least!