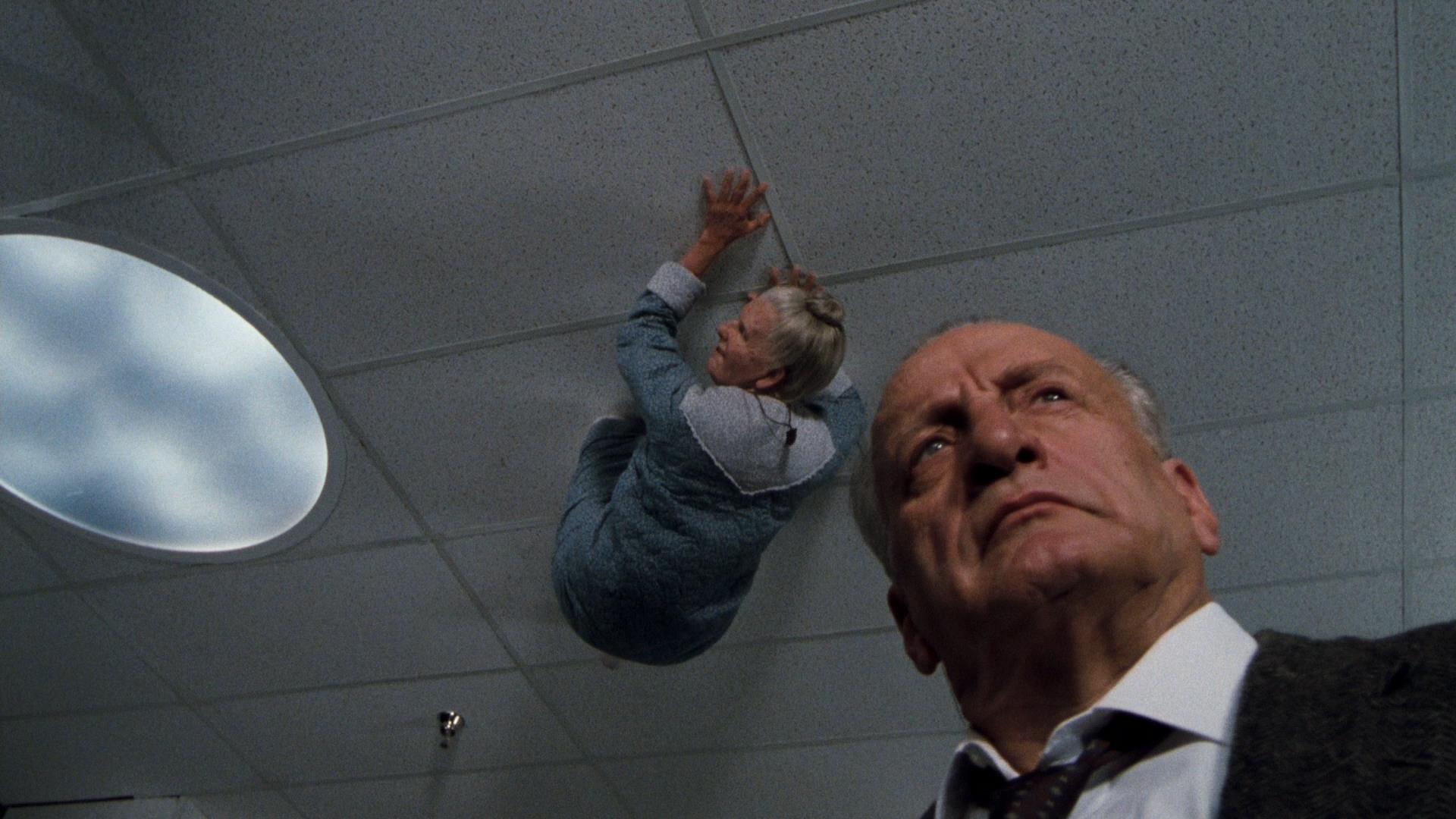 William Peter Blatty may very well be the most brilliant psychological horror writer of all time. Stephen King has a more vast body of work but other than The Shining he couldn’t carry Blatty’s jock on his best day.

Blatty, as you know wrote the Exorcist. If you didn’t know you’re a dumbass. A decade later he wrote an equally brilliant book which really dove into the theological and astrophysical origins of man, faith and biblical lore.

It was not so much a direct sequel to the Exorcist but it did have a few of the main characters and took place in the same Georgetown Jesuit settings. It was called Legion and a few years later it would become a movie called Exorcist III.

However, for the purposes of this site and this article, Blatty has directed two films.

It’s a tragedy he didn’t get the chance to direct more.

One was The Ninth Configuration — my God, what a beautifully moving, crazy film.

The other was Exorcist III.

Exorcist III, though not really a direct sequel to the Exorcist, was much more a legitimate followup to the first film in every way compared to the beautifully shot shitfest Exorcist II The Heretic. Blatty said that Exorcist II should simply be ignored and since he created the world I’ll respect his wishes.

I’m only going to cliff note the plot because if you haven’t seen the film you better fucking watch it for Halloween.

It literally has two of the greatest jump scares in horror movie history.

The film takes place 15 years after Father Damien Karras was seen falling to his death down a long flight of concrete stairs outside the window of young Regan McNeil.

What we are told is that another death took place at about the same time. The death penalty electrocution of the serial killer James Venamun AKA the Gemini Killer.

Much of the early film is pure exposition.

Men talking mournfully about the evils of man, faith, mankind’s strength, an indifferent God. With many quiet psychological moments of horror. Then amongst the eerie quiet come unexpected surprise moments of unmitigated violence and terror.

I could listen to George C Scott and Ed Flanders talk and debate as wise old friends for hours. Their acting is magnificent, the dialogue is magnificent. The moments of quiet dread are magnificent.

There is a dream sequence that is actually a connection to the afterlife or a psychological, metaphoric connection to what we perceive as the afterlife. It is stunningly beautiful, filmed as if painted on a ceiling by Michelangelo. Be prepared to watch it a couple of times there are many significant paintings within the painting.

Then there is Brad Dourif giving one of the most unheralded genius performances I’ve ever witnessed on screen. He is both horrifically terrifying and captivating at the same time in his mania with that quiet dread broken up but the rhythmic sound of a dripping faucet.

The film diverges from the book significantly in that Legion had no actual exorcism. It had demons, possession, or did it? It depends on one’s concept of the fragility of the human mind, I suppose, as well as one’s concept of reality. However, in the case of the film, Blatty was told to add an exorcism to the climax.

Pureists and Blatty, before his passing, said this was unwarranted and cheapens the psychological ambiguity of the book. Personally, I disagree. It’s done in a way that offers redemption to the two main characters and like the ending of the original honors faith.

A director’s cut was released a couple years ago if you are so inclined to see a film more based on Blatty’s vision for the film but I love it as is.