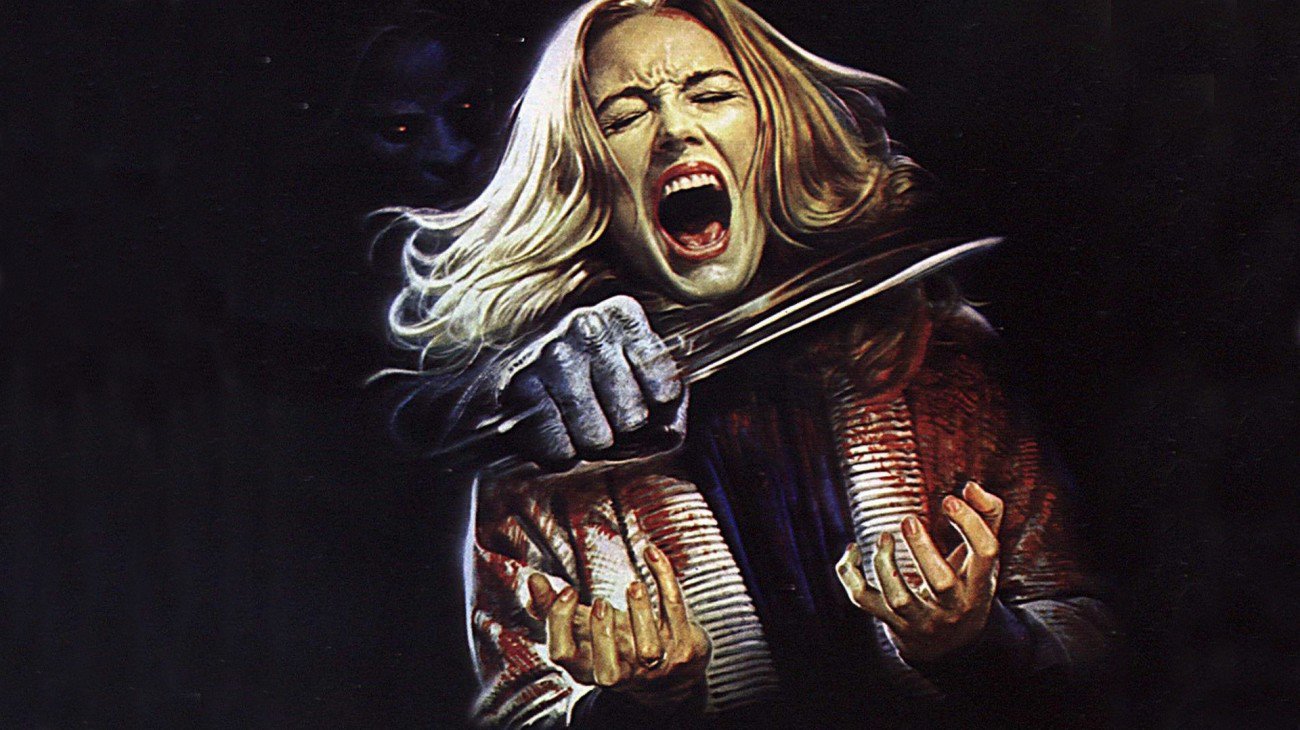 “And You Will Face The Sea Of Darkness, And All Therein That May Be Explored”

A young woman inherits an old hotel in Louisiana where, following a series of supernatural “accidents”, she learns that the building was built over one of the entrances to Hell. 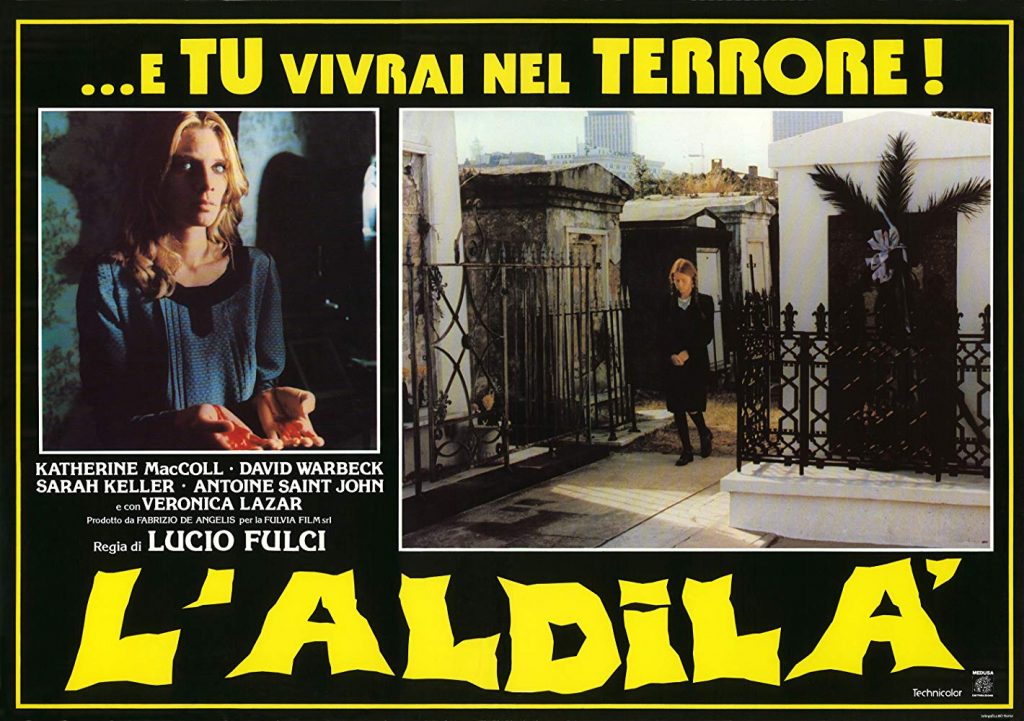 When talking about Italian horror most people immediately mention Dario Argento as the most notable figure, and they would be right since the director of Suspiria has left indeed a permanent mark on Italian cinema.

But most people would not know about Lucio Fulci’s work in the horror genre, which many would say rivals and at times surpasses many of Argento’s efforts, particularly his most recent ones. One of Fulci’s works that definitively deserves recognition is 1981’s The Beyond, which was initially marketed in the United States as 7 Doors of Death.

Released as the second chapter of his chaotic ‘Gates of Hell Trilogy’, with 1980’s City Of The Living Dead being the first and 1983’s The House By The Cemetery, the last, The Beyond is one of the purest examples of Italian horror ever made.

It also has some of the most bizarre and eclectic movie posters ever printed (see below).

The first time I came across this movie I was in high school, back in the middle 90s. A classmate would tell us how his father owned all these unrated horror movies and that he used to watch them in secret.

Since I considered myself a true horror fan, I asked if I could borrow one or two of the most disturbing ones. The following Friday I got two old VHS tapes, one was The Beyond and the other was its sequel, The House By The Cemetery.

I still remember my classmate telling me “These will mess you up good, man.”

He Was Not Lying

That Friday night I took our old VCR to my room, set it up and experienced Italian horror for the first time.

I was NOT disappointed.

While The House By The Cemetery was unsettling and gory, it failed to fill me with dread and leave me with a lasting impression the way The Beyond did.

I imagine it is because the former didn’t make much sense even at the end, while the latter presented a chilling puzzle with no apparent answers anywhere, never bothering with the why or how of the story.

There Is Method To His Madness

This is one of the most common criticisms made of The Beyond; how things just happen, the film being nothing but a collection of really gory scenes with no real connection between them.

I don’t agree with this because the movie is clearly divided into three acts but it is easy to see why many would feel that it’s disjointed. Taking into account the slow pace and the lack of any clear transitions from one scene to the next it can be a slightly disorienting movie — especially the first time you watch it.

The story also seems to take several detours, and at times it is as if Fulci could not decide what kind of movie he wanted to make. Was this to be a haunted house film, a demon possession movie, a zombie film?

Apparently during early stages of production, all Fulci and his creative team had to create the script were some ideas for death scenes and a few concepts related to where the portal would be, which explains why all of these elements are present in the movie, even if they don’t mix that well and are sustained mostly by the brutal death scenes.

Speaking of the blood and gore presented on screen, it’s extremely effective.

While it is not as explicit as what you would find in Fulci’s more gruesome movies like the aforementioned City Of The Living Dead or Zombie 2, the gore in The Beyond is, in my opinion, better used.

The opening scene featuring Schweick’s torture and murder is both painful and revolting to watch even by today’s standards and it sets the tone perfectly.

The kills featuring eyeball destruction — there are two — are gruesomely graphic and truly get under your skin, and even the laughable tarantula puppets are used in a way that is a little unsettling.

The Sweet Cords Of Death

Another memorable element in this movie is the music.

Composed by Fabio Frizzi, the soundtrack is not what you would expect in a film like this. Frizzi included several themes that would be more adequate for a drama instead of a horror movie, with only a few scenes featuring music that complements the mood well.

Still, the music in the final scene, as we follow the characters to their grim end, grows darker and darker until it culminates with a full orchestral piece that is really memorable, making it even more shocking than it already is.

Select The Beyond Posters

Some Very Weird Shit Going On
1 of 10