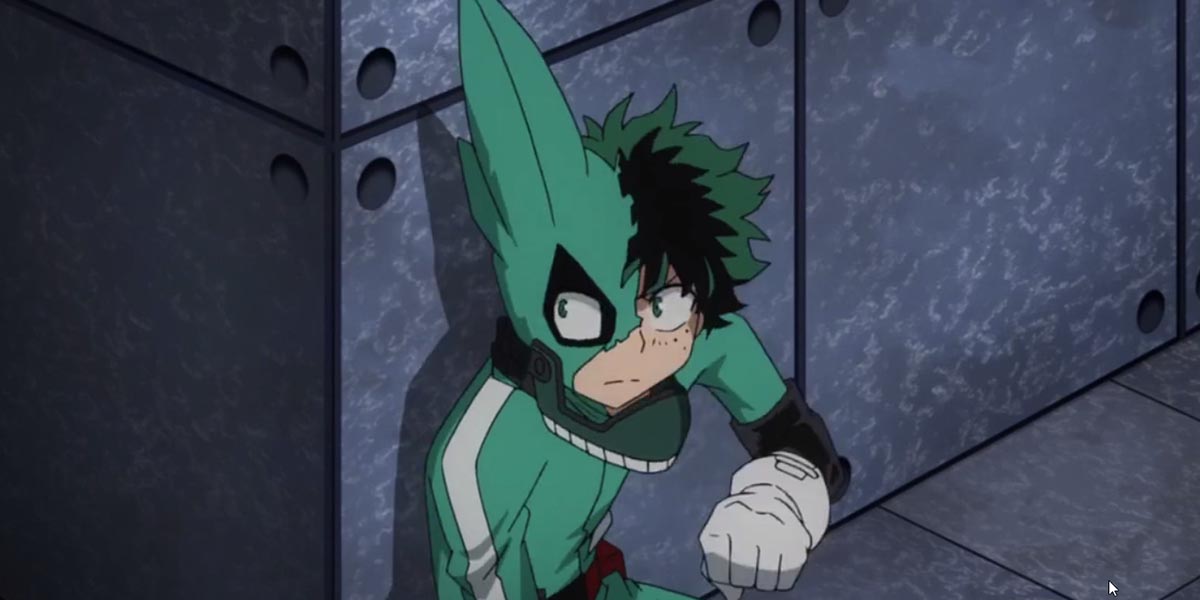 In the world of My Hero Academia 80% of the population are born with superpowers, “Quirks” as they’re described in-universe. The protagonist of this anime is one of the unfortunate 20%.

Born without a Quirk, Izuku Midoriya nonetheless dreams of being a hero. Inspired by the legendary hero All Might, he studies heroes, their powers and their tactics.

When Midoriya meets All Might he finds out that, thanks to an injury suffered in battle, All Might’s career of heroism is coming to a close. When All Might witnesses young Midoriya risk his life trying to save a schoolmate, Katsuki Bakugo, from a villain, he decides to pass on his own Quirk, “One For All” to the schoolboy. Of course, nothing comes without a price, and Midoriya has to train hard to strengthen his body before he can even accept the Quirk, let alone use it.

Midoriya is accepted into U.A. High School, where young people with Quirks are taught to become heroes, training to master a Quirk that could destroy him.

With three seasons already screened, and a fourth coming in October 2019, My Hero Academia has become a much-loved series both in Japan and around the world.

Midoriya is one of those protagonists that Japanese writers do so well. Likable and earnest, he relies on his ability to strategize based on his extensive study of Quirks more than his physical prowess. His newly acquired Quirk tends to break his body when used, and the resident healer can only do so much.

The supporting cast of students and teachers are well-rounded interesting characters. Even the villains who appear throughout the series have interesting abilities and motivations.

Funimation handles the dubbing of the seasons.

For those who like superheroes, enjoy anime, and haven’t seen this series yet, I strongly recommend doing so.