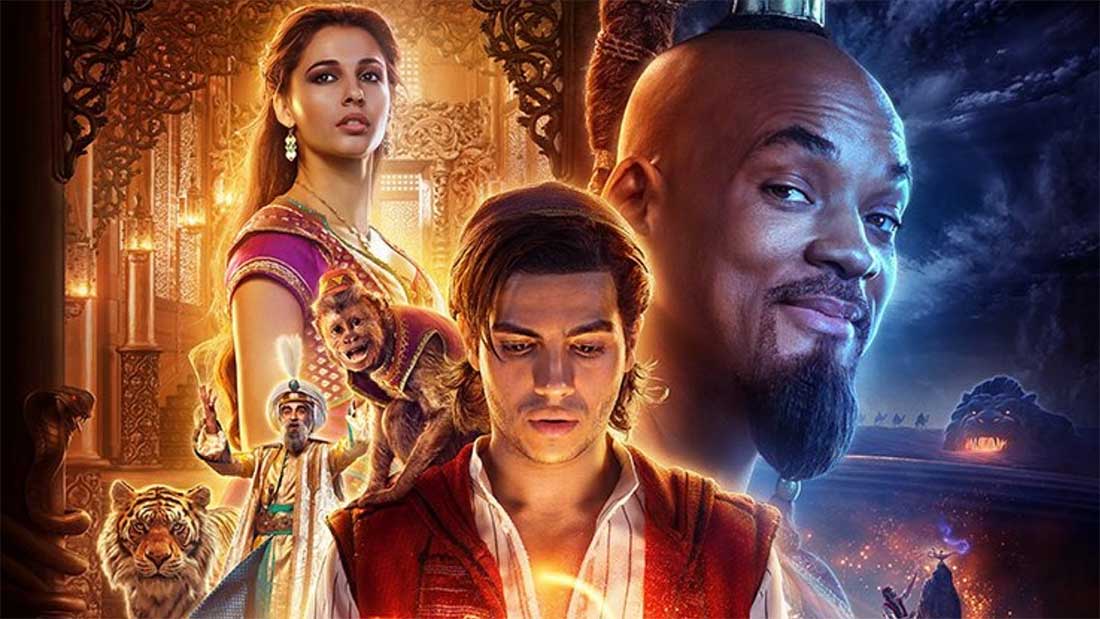 Disney rehashes yet another of its properties, this time creating a wonderfully designed world and filling it with the most boring characters imaginable, in their latest cash-grab Aladdin.

If you’re familiar at all with the original animated thrill ride Aladdin (1992) then you know why it worked so well:

Williams had other voice roles during his storied career, but the role of the Genie allowed him so much room to really cut loose. Williams, as well as the original songs, make that movie a rewatchable classic.

Because I found myself seated in the theater for this thing, I tried to give it a fair chance.

The heart of this movie’s problem is Will Smith.

I gave him a chance to win me over but by the middle of the second act, I was bored by him and embarrassed for him.

He looked like I felt. We wanted to be anywhere but there watching Aladdin. Gone is the zany charm of Williams, replaced by a slightly bored, barely invested pseudo-swagger.

Additionally, the CGI used to create Smith as a giant Genie is strange. I’m assuming that motion-capture technology was used but the end result looks like a blue Will Smith with a mild facial deformity and Oompa Loompa arms.

I’m Not Your Friend, Guy

Guy Ritchie. What the fuck, man?

This movie is Ritchie’s most soulless effort yet, surpassing even that King Arthur bullshit for flash-and-dash at the expense of good content.

He did manage to work in a nod to Snatch, as the Genie tries to clad Aladdin in periwinkle blue.

Oddly enough, pacing is never a problem, nor is editing. The movie is an excruciating two hours but only painful because it is supremely devoid of heart.

There are a few bright spots in this movie.

One I mentioned is the production design. The set design, whether digital or practical, is really beautiful.

As are the costumes. Folks interested in Bollywood musicals will enjoy portions of this movie, as the cultural soup is spilled all over the screen. My wife turned to me at one point and asked, “Do they really dance like that in the Middle East?”

I scowled and shook my head.

And finally, surpassing both sets and costumes in beauty is Naomi Scott, who plays Princess Jasmine. She has a perfect face and her eyes are captivating. 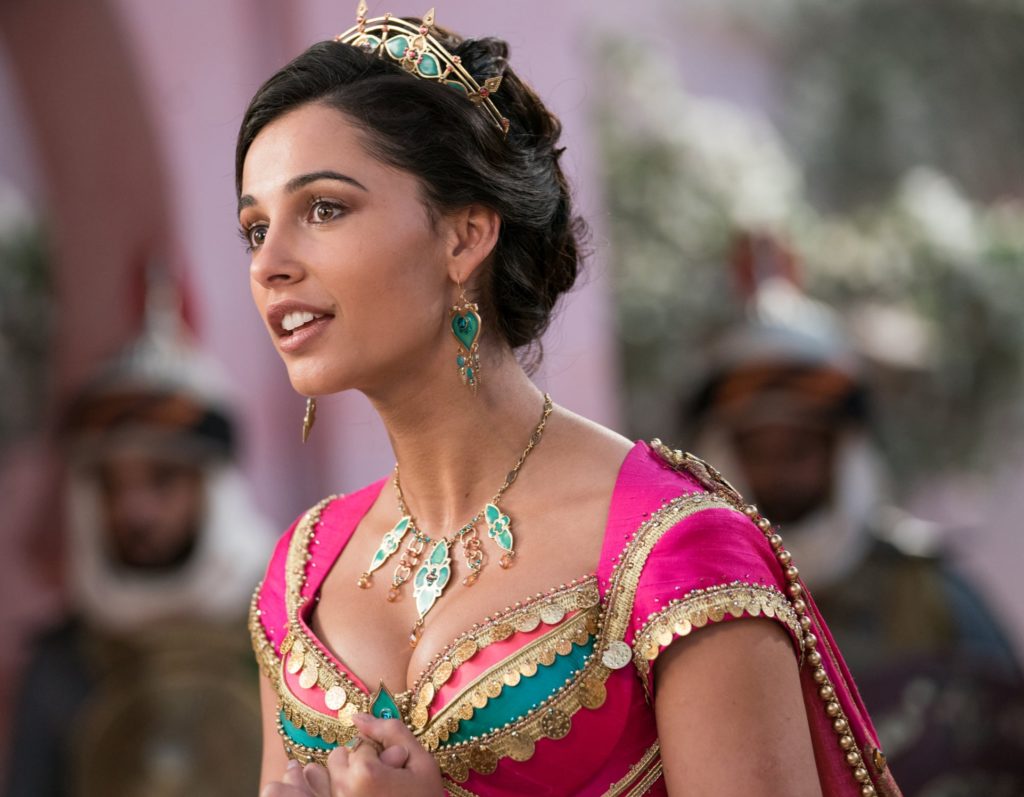 As you may expect, typical girl-power nonsense ensues with her character, but not without her cleavage pressed up almost to her chin. Way to send two messages, Disney!

What Business Is It Of Yours, Friend-O?

Clearly the appetite and open wallets are out there for this kind of remake, otherwise Disney wouldn’t persist as they do.

And guess what? My wife and kids will probably drag me to the remake of The Lion King.

I’m sorry you had to read this.