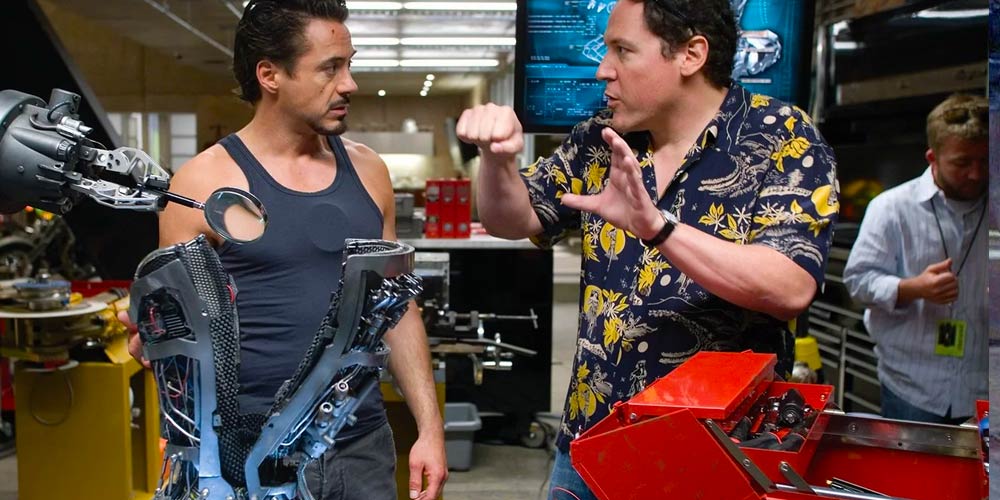 Back To The Formula

I recently had the opportunity to sit down and watch the movie that birthed the Marvel Cinematic Universe.

2008’s Iron Man was a movie that could have failed, and if it had we wouldn’t have had the other 21 movies that culminated in Avengers Endgame in 2019.

Thanks to Disney+ I watched Iron Man again for the first time in a decade, wondering if it was as good as I recalled, or rather the filter of nostalgia had glossed over its flaws.

Well… I have to say that it wasn’t nostalgia. The first Iron Man movie, the first MCU movie, is very good.

The movie opens in medias res, where the egotistical, bombastic, but ultimately likable Tony Stark, played by Robert Downey Jr, is in a Humvee in the Middle East where he, and his military escort, come under fire from enemies unknown. 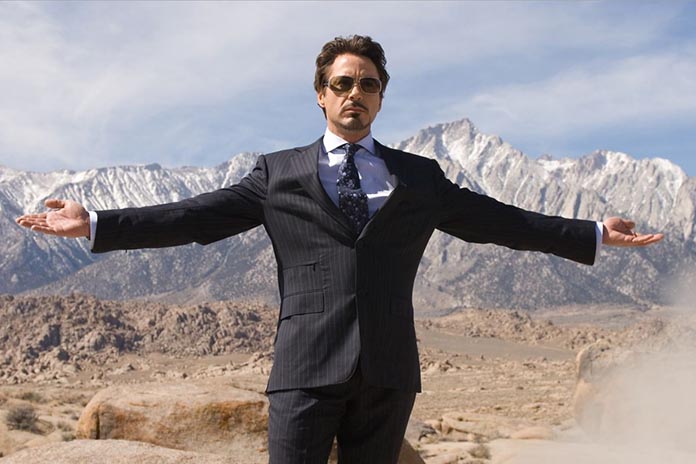 Then the movie flashes back thirty-six hours and we are introduced to Tony Stark and the playboy lifestyle he leads. After some scenes that probably wouldn’t have been made in our MeToo generation, we return to the Middle East and Tony recovering after emergency surgery in captivity.

Borrowing from the story from the original Tales of Suspense #39 comics, although set in the Middle East rather than, then topical, Vietnam, Tony builds a suit of armour, powered by the arc reactor he created to run the electromagnet in his chest that keeps shrapnel from piercing his heart and escapes.

During the escape the doctor who helped him, Ho Yinsen, is slain by the terrorists. 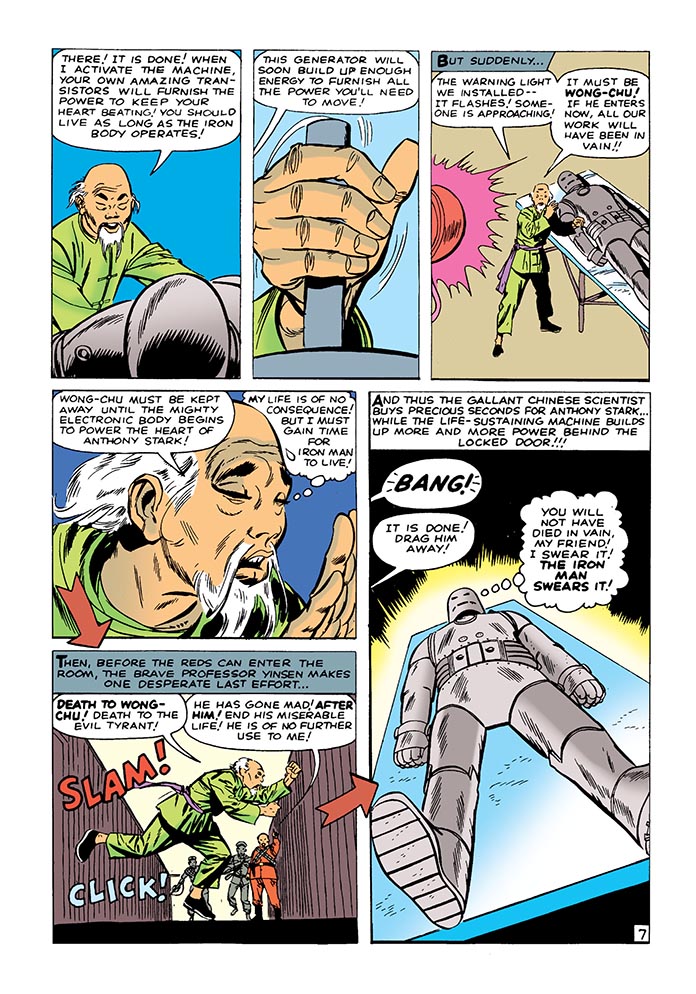 Returned home, Tony Stark has to face the reality that his company was responsible for building weapons that terrorists are using against American soldiers.

His response is to take Stark Industries out of the weapons business, something resisted by the board, and his partner, and father’s friend, Obadiah Stane.

Once home, Stark works on refining his armour design, and its power source, becoming the red and gold armoured hero, Iron Man. 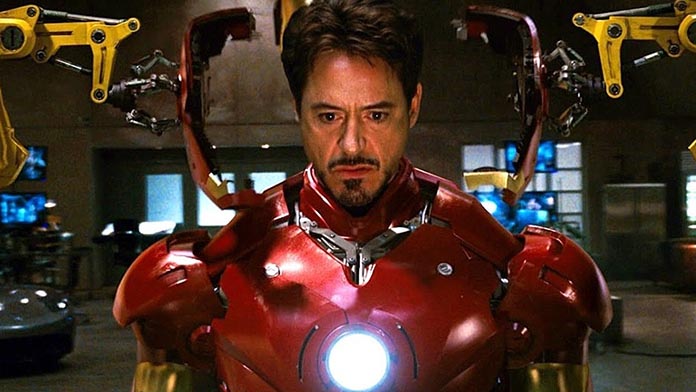 Marvel movies are a well-polished product now, with a clear style and vision. It was not so in the beginning. Iron Man has a raw quality that, in my opinion, puts it above later movies to a certain degree.

This was something noted by co-star Jeff Bridges in later reflections on the film.

“It turned out that many times — 10, 12, 15 times — we would show up for the days work, not knowing what we were gonna shoot. All the guys in the studio tapping their foot, looking at their watch, and we’re sitting in my trailer trying to figure out my lines, man. On the day!”

Robert Downey Jr’s performance as Tony Stark carries the movie, indeed undergirds the entire Avengers franchise. He is earnest, flippant, sometimes immature, and his maturation over eleven years of movies into a responsible father, husband, and hero is the story of the Marvel Universe. 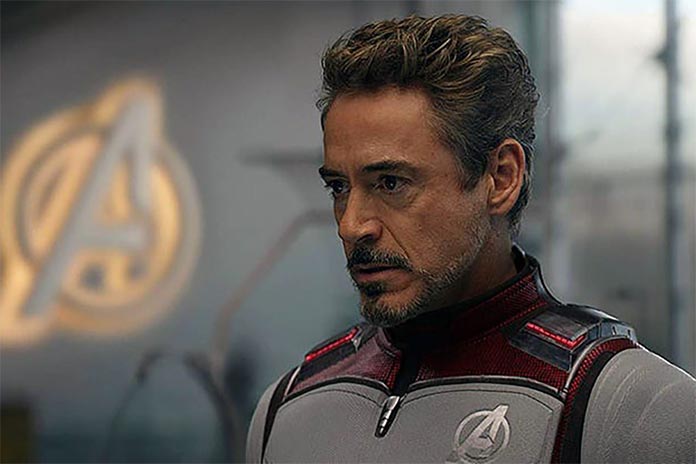 Jeff Bridges plays the part of Obadiah Stane with the appropriate level of friendliness and concern when it is believed he is on Tony’s side, and appropriate menace when the mask comes off. 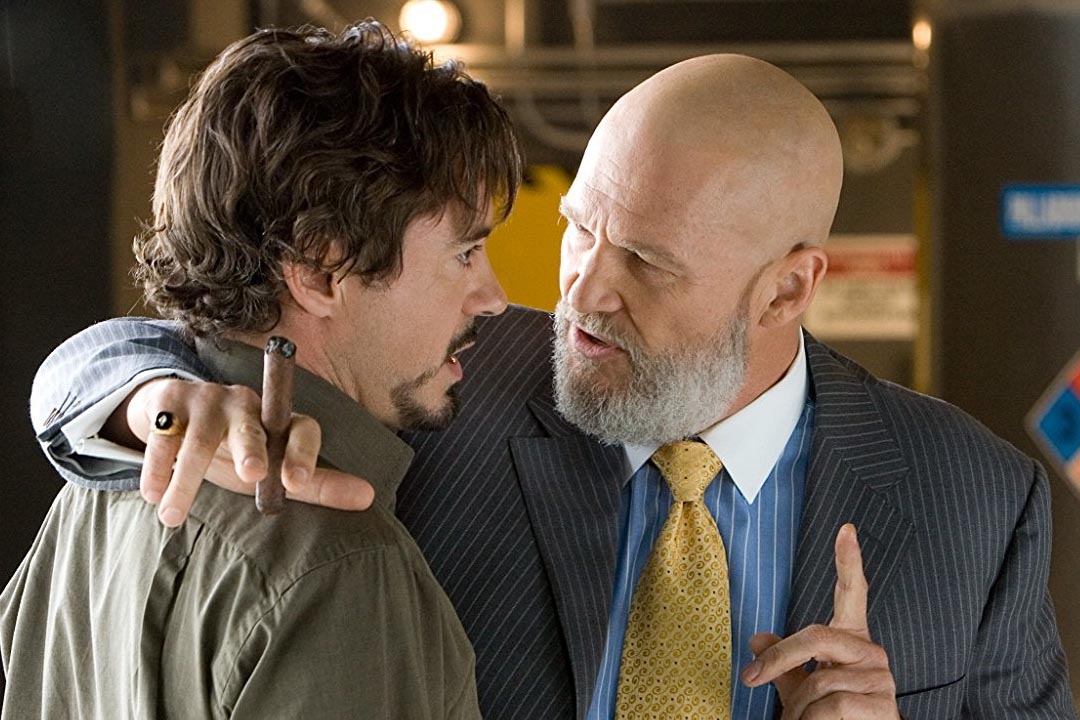 Something that was not a flaw in this film, but would become somewhat annoying in later movies, is the hero’s final confrontation is with a dark mirror image of themselves. Here Tony Stark’s Iron Man is pitted against Stane’s Iron Monger suit. 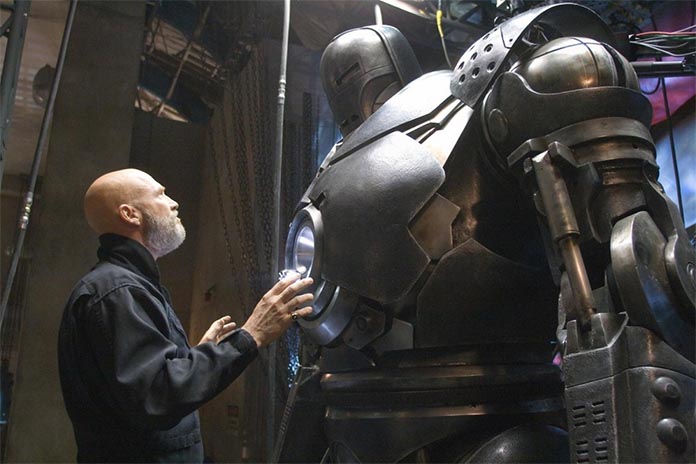 Iron Man, released in 2008, still holds up today. It was the first Marvel Cinematic Universe movie released, and in my view, it is still one of the best.

Four out of five cash trucks from me.