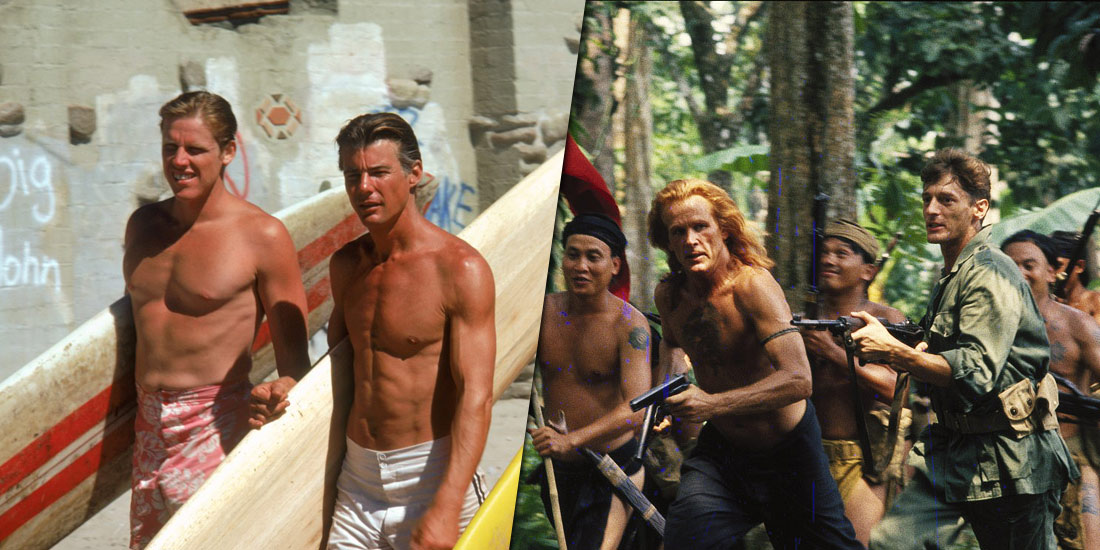 John Milius is a filmmaker whose films were at one time highly anticipated by film geeks like myself who grew up in the 1980s.

This is primarily because he directed two 80’s fan favorites: Conan The Barbarian and Red Dawn.

So Who Is John Milius?

He was a member of the group of young auteurs that took Hollywood by storm in the 60s and 70s, including such legends as Francis Ford Coppola, George Lucas, and Steven Spielberg.

He actually had more success as a screenwriter/script doctor than as a director.

He rewrote Dirty Harry, and The Hunt For Red October, contributing many of the best elements of those scripts.

John Milius is really worthy of a full article, so I’ll jump to the reviews.

These are two films I have seen referenced in several articles about Milius throughout the years, and I’ve been meaning to watch them both for a very long time.

Nick Nolte plays an American GI in World War II who deserts after MacArthur abandons many of the Pacific Islands. He finds a small indigenous tribe of Pacific Islanders and becomes their King.

After the Allies return to the islands to rejoin the battle against the Japanese, he must decide whether or not to rejoin the war — is he an American or has he truly gone native?

This was apparently a passion project for Milius and there are obvious similarities to Apocalypse Now.

From what I read, this film was completely hacked to pieces by the studio in post-production. This is very apparent while watching because the editing and story flow is disjointed and cuts the story off at the knees.

A British Special Forces officer tracks the Nolte character down early in the movie and the whole story is told from his perspective. Instead of letting the story of the Nolte character unfold naturally, it is told in a series of flashbacks complete with a voice-over that tells you exactly what’s happening. This eliminates any drama or tension from the story.

The casting of Nick Nolte is something I am a bit ambivalent about. On one hand, he plays the part of a working class GI deserter quite well. On the other hand, he spends most of the movie shirtless, with long blond hair and he looks completely ridiculous.

What’s really good about this film is the cinematography — it’s beautifully filmed. It was a massive financial flop and part of that is probably because it’s a very old-fashioned movie.

It looks and feels like it was filmed in the early 1960s, in the era of David Lean’s Bridge On The River Kwai. It’s hard to see this being a success in the era of John Hughes, Chuck Norris, and Arnold Schwarzenegger.

Overall it’s frustrating to watch, because you know there’s a damn good movie in there somewhere. 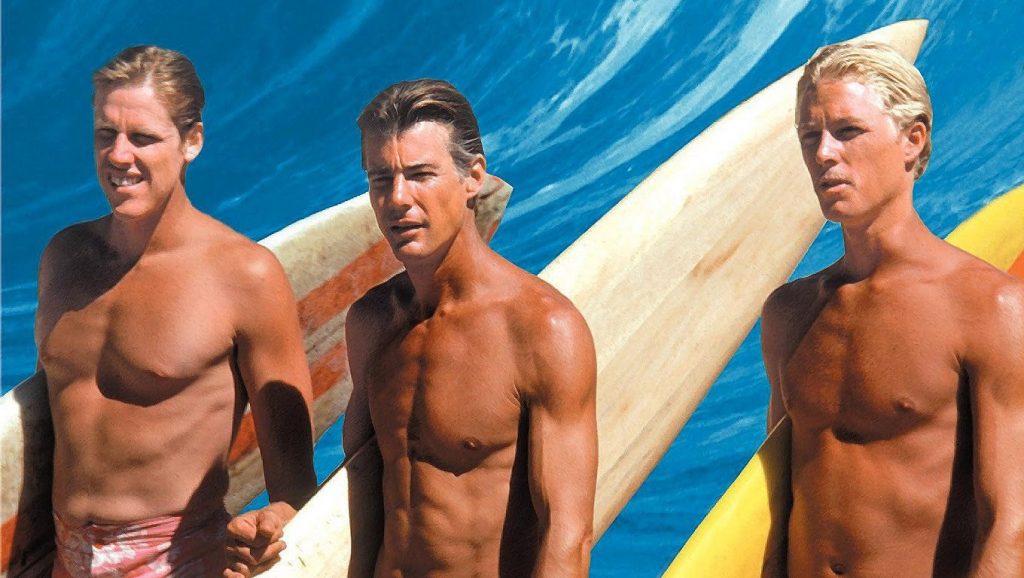 John Milius grew up in Southern California in the 1950s and came of age in the early 1960s, before attending USC.

He was an avid surfer during that time, which means that he was a part of the golden age of surfing when it came into the mainstream of American pop culture.

Big Wednesday is Milius’s nostalgic attempt to bring this era to life and is partially based on his own experiences as a teenager. I’ve been interested in watching this for a long time as I’ve always been fascinated by the era of the 1950s and early 1960s.

This is the era when modern America really came of age. So much social and cultural change happened during this period and this particular time period is sort of the quiet before the storm of the cultural revolution of the late 60s.

It’s kind of funny to see Busey playing a surfing stud here and he does just fine in the role.

Jan Michael Vincent is the real standout here: boy, the ladies must have loved this guy back in the day.

After watching the movie I looked him up and it turns out that sadly he struggled with addiction throughout his life and is a complete train wreck now. He even had a leg amputated. Don’t be like Jan Michael Vincent, kids!

The first third of the film is sort of the surfing equivalent of American Graffiti, following these guys around as they cut loose and have fun.

Soon the party ends and the realities of adulthood and the Vietnam war ruin the fun.

There’s a fun scene where the guys go to the local military processing center to register the draft. They all come up with outrageous ways of trying to get disqualified from being drafted including homosexuality, psychosis and alcoholism.

The best bits of the film are at the end when we are treated to some really spectacular surfing when a big storm brings massive waves to the coast. Gerry Lopez, considered one of the best surfers in history, makes a cameo playing himself.

Lopez would later co-star in Conan The Barbarian and Farewell To The King.

It’s a lot of fun seeing him in action on a board since I knew him growing up as my favorite archer and sidekick of the Bronze Age.

Overall, this is a light and breezy movie, but probably not as good as its pretensions. One theme that did hit home to me is the impact of the loss of your youth contrasted with the pressures of adulthood.

I did feel some pants of nostalgia of my while thinking back to my own carefree early adult years. I definitely recommend this to those who share my interest in this era.