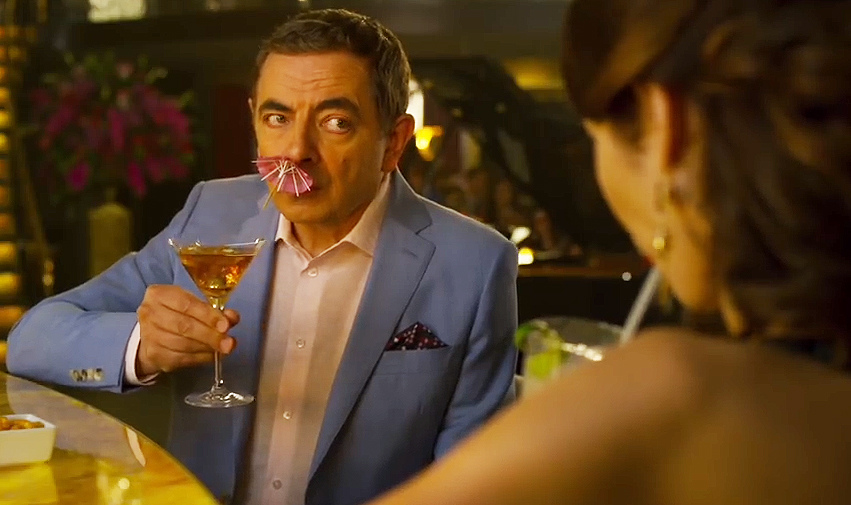 Johnny English Strikes Back is in theaters now, and after watching it I remain as puzzled as I was when I reviewed the trailer.

This is a very well made film, and if your tastes run to the classic James Bond, or Guy Ritchie’s more recent The Man From U.N.C.L.E. then I am quite sure that you will enjoy this movie, at least in parts. Filmed in some beautiful locations, Rowan gets the opportunity to display his driving skills behind the wheel of a bright red Aston Martin V8. 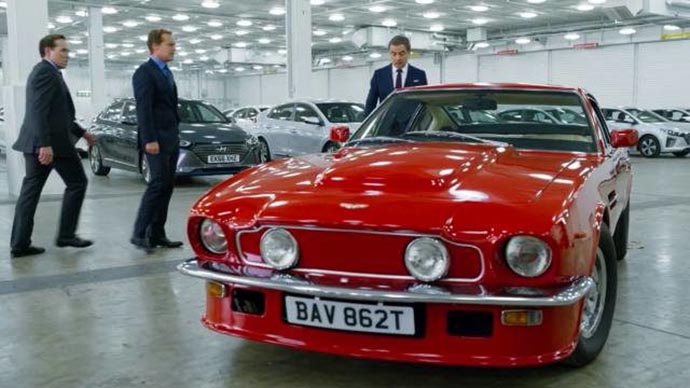 I say “in parts” because I do believe that if this movie had been played more straight, more as a classic spy drama of the kind popular in the 1960s, like Connery’s Bond, this would have been a much better movie.

Atkinson’s Johnny English does come across, at times, as being a competent secret agent cursed with very bad luck. Many of his plans seem to be perfectly sensible like, for example, recording an enemy agent on a cell phone and then taking it to his superiors. However the phone then gets switched with another, and English is made to look the fool.

Given how often this sort of thing happens to him he should really double-check all recordings he makes.

However on other occasions, Johnny English indulges in the kind of slapstick physical comedy familiar to fans of Atkinson’s Mr. Bean, and I found that a contradiction to the tone of the rest of the movie.

As he demonstrated with multiple generations of Blackadder, Atkinson does have a good acting range. In Johnny English Strikes Back however it feels like he plays an awkward blend of the shrewd character from the latter series of Blackadder and the pratfalling idiot from Mr. Bean. While I like Rowan Atkinson as an actor and enjoyed this movie in part, I can only give it two-and-a-half rifle scopes out of five.