When watching Jurassic World: Fallen Kingdom it is impossible not to compare it to it’s predecessor, Jurassic Park. Certainly the first Jurassic World wished to be compared to the original with cameos and allusions to the Spielberg’s 1993 masterpiece sprinkled throughout and Fallen Kingdom continues in this tradition.

Chris Pratt and Bryce Dallas Howard both go back to the island full of dangerous saurian predators where Jurassic World was set. They spend a disappointingly short amount of time exploring the abandoned theme park. I feel like this was a massive missed opportunity even if it has been done before.

A island park full of majestic beasts is quickly abandoned for a mansion back in America. The tension of Jurassic Park and Jurassic World was cut by a change of locale. Why don’t the protagonists call the authorities. After the first time a Tyrannosaurus Rex showed up on American soil in Lost World, they would likely be taken seriously.

The immediacy of the threat of a dozen dinosaurs and one man made monster felt offset by being where a phone call should have brought in significant support.

When on an island swarming with escaped dinosaurs the threat was all around. A pack of raptors could be around every corner or a stampede of herbivores could come crashing down on you.

Jurassic World: Fallen Kingdom feels like an above average action film, but not living up to the potential of the original or even the first Jurassic World when being a dinosaur film.

While Chris Pratt was able to really show off his qualifications as an action star, Bryce Dallas Howard lost a lot of her momentum from Jurassic World. The character Claire Dearing was beautiful and an example of a strong modern woman, who then developed strength of character in trial by fire.

She hasn’t regressed back to her abrasive personality but I was expecting her to have more moments to shine and maybe grow even more. She was definitely a main character but seemed to give up screen time to two nobody extras that I had mistakenly written off as canon fodder ten minutes in.

If you’re looking for a movie that will move the medium forward or be remembered as a classic Jurassic World: Fallen Kingdom will not be that movie.

However, it is a decent popcorn action flick that only disappoints in how little time is spent on the theme park island. The movie ends with an obvious setup for future films and with a lot of possibility, but not quite as dire as Jeff Goldblum pronounces the world to now be “Jurassic World”. 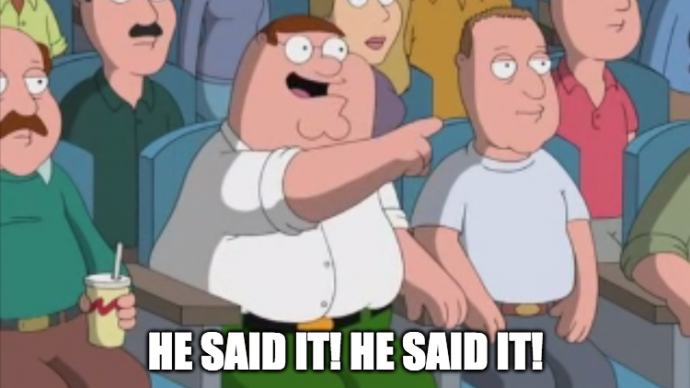 There might not be as much as most Jurassic Park/Jurassic World films the cast was relatively small compared to the last film and the cannon fodder was less extensive. This time the biggest casualties were the dinosaurs. Not to say the Indoraptor doesn’t chomp up a few people in the climax.

The only one approaching babe territory was Bryce Dallas Howard which I have had a crush on for years now. Sadly she didn’t get really any moments to let her babe factor show. In the first Jurassic World they took advantage of her sex appeal but seemed to be intentionally not giving the audience any fan service.

Daniella Pineda is in the movie, while she is attractive her character is so annoying that she manages to be Negative Babe.

Well there are dinosaurs, the living weapon Indoraptor, and puppy-kickingly evil mercenaries… the real villains though are the rich guys in suits. Rich guys play God and tampering with nature on multiple levels.

A pretty obvious plot twist reveals a human character to be a clone. Someone made through the same process as the dinosaurs may be an interesting character in further movies.

There is a volcano. The volcano erupts while a hundred dinosaurs rampage. Characters run from lava as freaking dinosaurs fight to the death. Before you even get to the boom of the second and third acts of Fallen Kingdom, the boom quota had been filled.

Two nobody extras that somehow made it through the whole movie without ever quite being likeable and a stereotypical trophy-taking mercenary all have their not quite polished moments.

Most of the movie was extremely well performed, though.