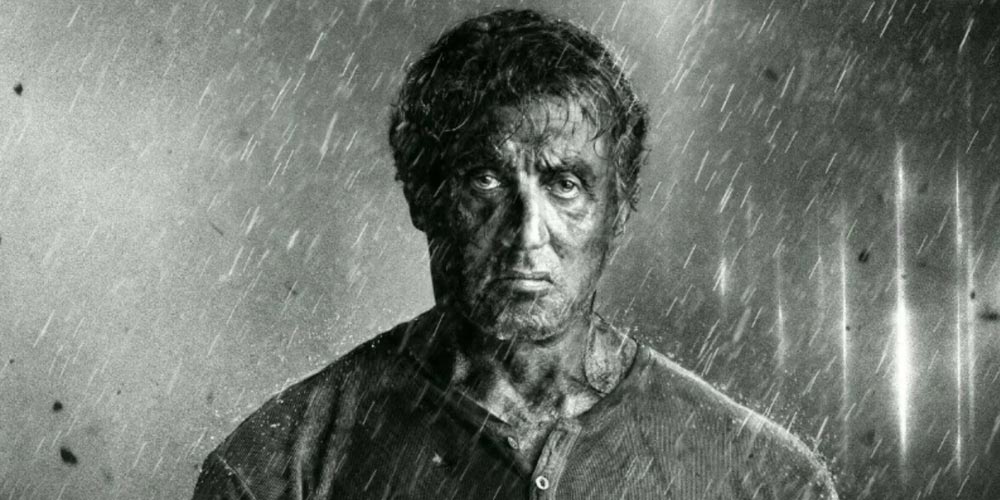 This year, Rambo faces down his biggest challenge yet… BIGFOOT!

Seriously, that is what we could have got.

Rambo 5 was going to be based on a book about some militant chasing down the big hairy beast but Stallone decided he wanted to avoid comparisons to Predator.

Personally, It’s well past time Bigfoot made the jump from 1970s 16mm film to the big Hollywood screen.

I guess, there’s always the upcoming Bigfoot Rampage aka In Search Of Yowie.

When Rambo 4 hit I had several thoughts. The first being:

“How come Spielberg couldn’t get Indy 4 to work?”

“Get your ass in gear, Spielberg. Indy 5 can be done well if you want it, you aging fraud.”

Speaking of aging: man, Stallone looks older than dirt. If you’re going to shoot pristine digital then smooth out some of those rough edges.

Some of those close-ups are just grim and a terrifying reminder of how far we’ve all traveled together.

Well, this shit has never been an issue with Rambo!

I mean, after First Blood 1 and 2, the third film is straight-up called Rambo 3.

No one even noticed! And then the 4th film is just called Rambo and we’re all like “Shit yeah!” It’s wizardry of the highest wielding!

So, First Blood. You all know what it is.

First Blood: Part 2 (part 2, my ass) takes the character and makes a total cinematic vehicle out of him. A film already bulging with adrenalin before Jerry Goldsmith steps up and injects his maestro-steroids right in its already coconut sized balls.

Fuck, it’s good — if rippling sweaty muscles is your thing!

Rambo 3 fell a little flat for me. All I really remember is thinking:

“Hey, some dude in the end credits is named Bruce Wayne.”

Years later, on a little movie website I used to frequent, Stallone himself came into the discussion boards and announced he was making John Rambo.

A little later, he released several minutes of mayhem footage.

It was all pretty fucking sweet and the film itself was just super. It had a nice low budget small independent feel and somehow that worked a treat for me.

At the end of 4 when John Rambo came home, it felt right.

A friend at the time asked me at the time whether I thought they would make another Rambo film:

And Here We Are!

Here we fucking are!

Well before I get into it, you must always remember this fact: it was going to be about Bigfoot!

So as the lights went down and I undid my belt to rearranged my balls, I continuously kept this thought: no matter what happens in this movie….. it’s not about Bigfoot.

That actually may have saved this movie from all my criticisms.

Is this script a bit sloppy? Hey, at least it’s not about Bigfoot.

Is it my imagination or is the editing a little choppy? Hey, it’s not a Bigfoot movie.

Is this film a little too upsetting and probably a bit too dark even for me?

Fuck it, it was going to be about Bigfoot!

But is it good? Hellz yeah, it’s good! It’s Rambo!

And That Pisses Some People Off

This film is going to get so much shit from the liberal crowd.

It’s got evil Mexicans, innocent little girls getting brutalized and a lot of shots of the border; nicely walled off or pending the construction of a beautiful wall.

Can’t say there’s much doubt on Stallone’s feelings on the current political climate.

Good thing too, because this thing could have been about Bigfoot!

I’d like to make the observation that anyone who calls this movie out as being racist might need to be put on some sort of watch list. I don’t remember anyone sympathizing with the bad guys in any of the previous films and to overlook these bastards one must either be purposefully disingenuous or have some sort of vested interest.

If you’re anything like me, you’ll probably gain a few extra wrinkles from the constant wincing you’ll do at all the relentlessly hard-hitting, graphic violence.

If you thought that throat rip out scene was gnarly in the last film — Geeeezus, you’d better fucking brace yourself!

There’s No Way Back

All in all, I’m sort of missing that rare buzz you get after watching a really good flick.

It’s kind of there, but I’ve got to be honest, the movie is a bit of a downer.

The 4th film was much more satisfying and this time around I can’t say I’m left wanting a Rambo 6 the way I was wanting Rambo 5.

Maybe if he teams up with Brian Dennehy and goes up against some savage bear-like beast in the woods, that could be fun?

I guess I feel that maybe some of the darker elements of the movie could have been resolved a little better. Much as I love horror and violence on film, I can’t say I’m a fan of the Aliens 3-style gut punches that leave you feeling a bit empty inside.

I believe a movie can be — and should be — provocative but whatever emotions it conjures up inside you, the film has a duty to alleviate those feelings by the film’s end in order to send you back out on your way.

Rambo: Last Blood did not do this and for that reason, it’s sure to suffer a mixed bag of reviews from fans.