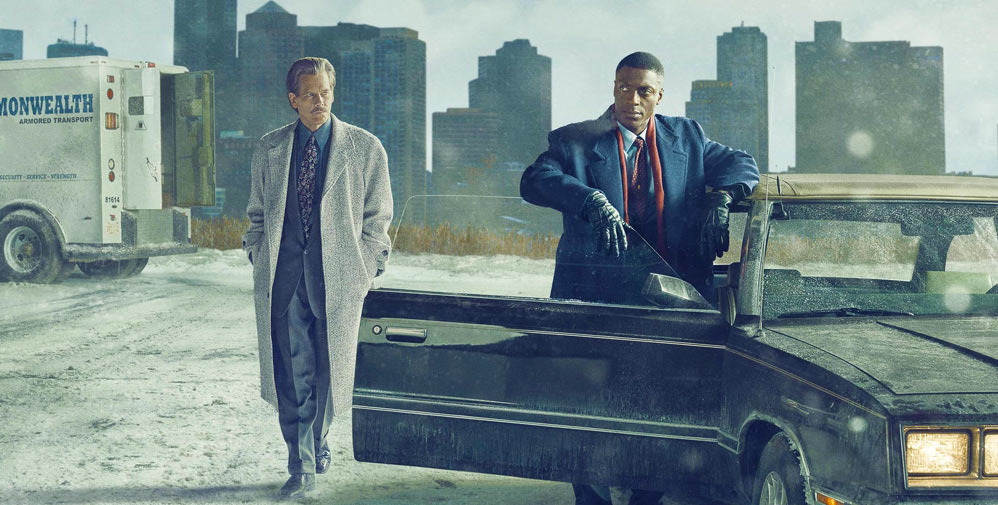 When I was doing research, I saw an article entitled “City On a Hill Episode 3 Review: The Focus Shifts To The Women Who Form The Emotional Backbone Of The Series.”

This is not a show about women. It’s a show where a Chowderhead FBI agent (Kevin Bacon) walks into the DA’s office, sees a black man, a Latino woman and a white guy and casually drops:

“Ya got one in every color!”

City On A Hill — Showtime’s latest attempt to be serious like HBO —  takes us back to Boston of the early 1990s; a simpler time where cops were corrupt, all of Charlestown were criminals and minorities knew their god-damn place.

The premise, devised by Matt Damon and Ben Affleck and developed by Bob Fontana and Barry Levison (what the fuck happened to these guys?), delves into of “The Miracle”, which is what Bostonians call the seemingly impossible transformation of their fair city from corrupt incompetence to something resembling a functioning municipal government.

Bacon plays Jackie Rohr, a world-weary fed with a bad marriage and a law degree who teams up with DeCourcy Ward, a freshly-minted black district attorney (Aldis Hodge) that just got finished investigating the Boston PD.

The inciting event is a series of armor car robberies carried out by the gang who can’t piss straight. They’re essentially a bunch of fuck-up Ziggys from season two of The Wire.

Throw in some perfunctory subplots revolving around racial tensions, home life, office affairs and you’ve got yourself a greenlight!

Yeah, that’s it; and it’s not really good at doing that. A lot of the tension is set up by some of the most contrived coincidences I’ve ever had the misfortune to roll my eyes at. It has the stink of “reality” on it. I can hear Ben Affleck now:

It doesn’t matter, Ben. The make-believe created for us inside our screens plays by a different set of rules than the real world. Out here, people make mistakes, people get lazy, people are stupid, but inside screen-world drama has to be clever and suspenseful while at the same time being both unexpected and inevitable. Otherwise, it just comes off as bad writing.

Despite the distinguished producing pedigree, City plays out like a narrative version of Law & Order, complete with Jill Hennessey as the forgotten wife and Hodge as a stand-in for the stoic Richard Brooks. Fontana and Levinson move the camera a little, but with nowhere near the purposeful franticness that was the signature of their greatest collaboration, the ’90s cop drama Homicide: Life On The Streets.

Aldis Hodge, who plays laconic bordering on narcoleptic, is a decent actor but here he has to hold his own with Bacon doing Bacon and he’s just not up to it. Some other character actors show up, including Seth Gilliam as the signified black pastor and a woman who does a pretty decent Adriana Le Cerva routine.

But it means nothing. It’s filler, it’s window dressing.

All that “emotional backbone”, all those women, all the sub-plots are just interludes between what this show is really about: Kevin Bacon eating up everything in sight. These boring scenes are just the eyes of the storm.

And Hurricane Bacon goes full Cat-5: snorting blow continually, dropping racial epithets like a PG-13 version of Daniel Carver’s answering machine message, threatening his mother-in-law, fucking his Asian mistress in the back of a Chinese takeout joint, smoking Pall Malls and, at one point, singing along to Rush’s “Tom Sawyer” in his car — which is naturally an ’89 Lebaron.

Through three episodes, his best line is the total purpose for the show to exist.

“I treat everyone the same. Bad.”

Besides The Bacon, it’s a show where women call men “shitbird”, guys routinely crack “fuckin’ ya motha” jokes and cops stand around in the rain at crime scenes; completely unsubstantial but an awful lot of fun.

Check Out The First Episode For Free