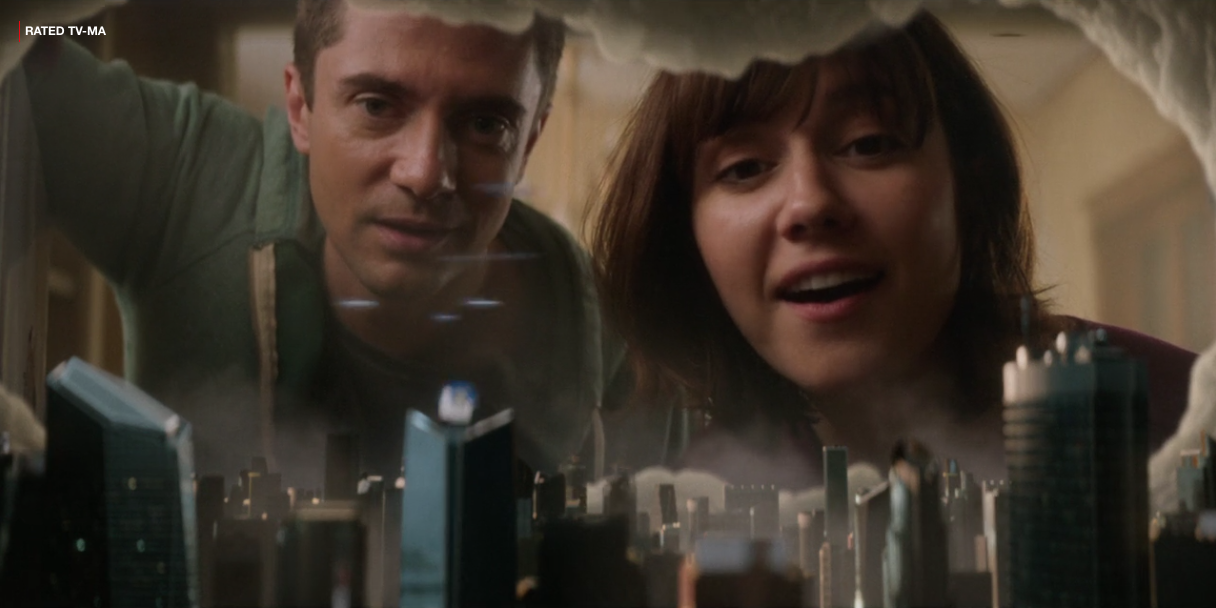 Where the heck did THIS come from?

I loved Heavy Metal growing up. It was edgy, naughty, and violent like I’ve never seen a cartoon before. This came out while Superfriends was still showing on TV so it was a blast to my 10-year-old brain. Naturally, I had to check out Love, Death + Robots as it seems cut from the same mold.

Animated violence and nudity? I’m in.

Netflix hit me with a trailer just the other day and I checked it out. Sure enough, there it is. Eighteen episodes of R-rated animated insanity.

But is it good?

I went through every episode which ranges from 6 minutes to 17 minutes. And they are pretty fun. But I’m not exactly certain on whether they are good.

One that stuck with me a lot is “Beyond the Aquila Rift” where a space ship has an error and goes off course and ends up lost. But is what they are being told really what’s happening? It left me with a shiver and that’s pretty rare.

Others that I liked were “Suits” where a group of redneck farmers get into mech suits and fight off aliens similar to the crazy creatures in Infinity War. Though in the end, I was wondering how they ended up in these circumstances and scratching my head. It was a fun story but fell apart at the end.

Others I liked were “Alternate Histories,” “When The Yogurt Too”, “Zima Blue”, “Three Robots”, and “Helping Hand.”

The most woke ones were “Good Hunting” and “Sonnie’s Edge” which really leaned into the feminism. I probably wouldn’t have hated these 20 years ago but with wokeness being shoved in your face every ten minutes, I found them off-putting. That might not be fair to the stories themselves and I might give them another look.

The rest I found mostly ok but unmemorable. The animation is mostly CG and some of it is amazing but I would’ve liked to have seen more 2D stuff. That said there is a few and it’s kinda fun. The rotoscoping of “Fish Night” was visually interesting and just weird enough. “Ice Age” was a live-action/CG mix.

Some of these stories were not really stories, just things that happened. So I ended with a “huh” reaction and moved on. To be fair, Heavy Metal isn’t earth-shaking. It was just the first of its type, more or less, so it made an impression.

For a quick binge, I recommend it. But just keep your expectations tempered.