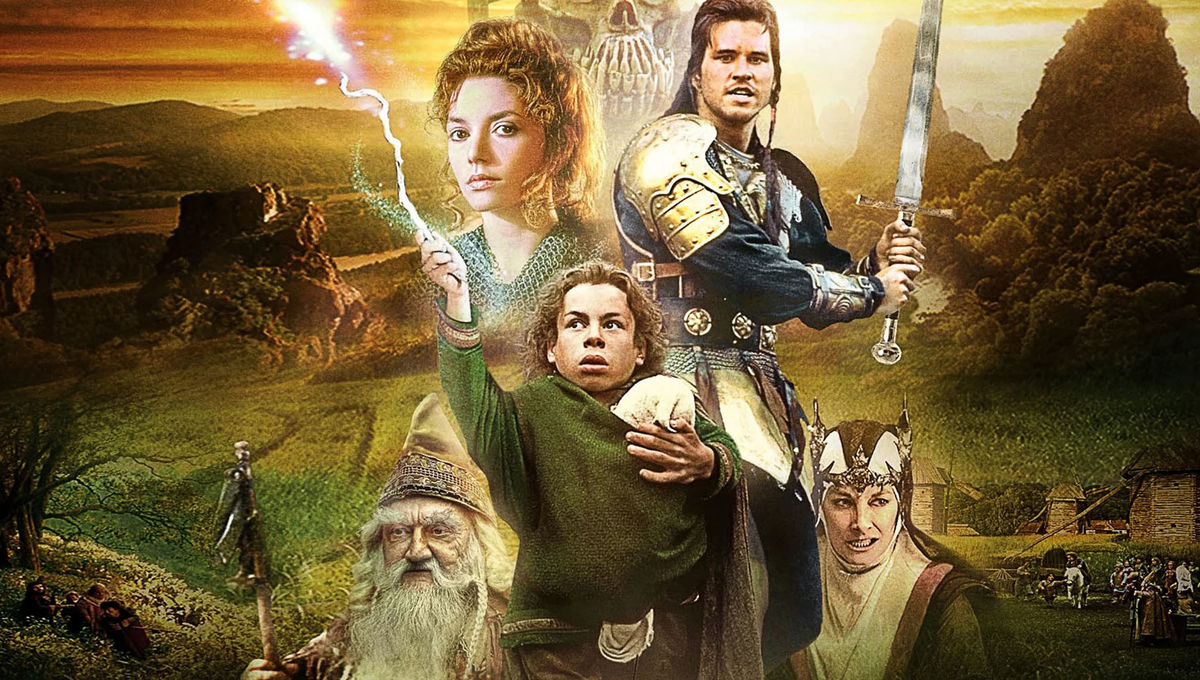 Monday is here so let’s start it off with the first in a run of articles dedicated to movies starring little people.

It would be a sin if I didn’t kick this off with the very movie that helped spawn my internet moniker and avatar: Willow.

As the trailer says, it was a different time, it was a time of destiny.

Having been a child of the ’80’s, Willow was thrust into my fantasy-adventure seeking life and I loved every single second of it. As most kids that enjoy a particular movie, I watched it to death after it’s VHS release and don’t recall getting bored of it at all, I just imagine something new came along and I moved on when the time was right.

We were lucky as 80’s kids, to have so much fantastic original content being spewed out at such astonishing frequency. I recall being a fan of way too many shows and movies that it must have cost my folks a fortune to keep up with it all.

My good lady has never seen Willow, so I was thankful to see it available on Disney+ and remedied the situation two nights ago. It has been over twenty years since my last viewing, so I was excited to see how it has aged and also my wife’s reactions to this Ron Howard directed, Lucasfilm produced spectacle.

Here’s a lovely photo of Ron for reference.

Sweet, sticky nostalgia flooded my mind immediately upon the opening scenes. That nice warm, rose-tinted memory bank access that takes one back to a happier time. ‘

I remember getting the little foam character stands in my Cornflakes packets, worrying about the ensuing struggle of collecting them all… I ended up with just two Madmartigans and a General Kael. I still hold resentment about that to this day. 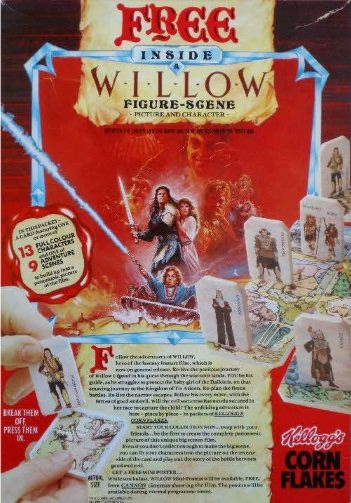 Well, what did Willow do for me this time around? After the initial nostalgia had quickly worn off, I noticed how terribly camp the acting is. It is almost pantomime level campiness. Now that is not a bad thing overall, especially as this is most definitely a kids’ movie, I just found myself chuckling at the amateur dramatics level performances from a lot of the small folk.

Of course, I absolutely loved seeing Burglekutt again, that fellow is just a straight-up pain in the arse for Willow and sets the tone of the underdog story off beautifully. Burglekutt is a master troll and needed a spin-off series of his own.

Just imagine a show starring the man himself causing chaos and stirring shit up in the Nelwyn village… We dare to dream. Warwick Davis does an amazing job as Willow and it is hard to believe that only a few years before this he was playing an even smaller Wicket in Return of the Jedi.

Rottweilers in masks scaring midgets and small children, a pre-diabetes Val Kilmer running around swinging his sword about (I would do anything to see him in this role again, weight loss or not, preferably not), the gorgeous Joanne Whalley doing her bit as the sexy lady in armor, just ready to fall in love with the scoundrel Madmartigan (she actually married big Val not long after this was wrapped) and Jean Marsh hamming it up big time as the super evil Queen Bavmorda.

Legendary small-person actor, Billy Barty Pops in as the scene-stealing village sorcerer ‘The High Aldwin’. If there’s one thing I love, it is magical midgets. (He also played Gwildor in the Masters of the Universe movie, another 80s masterpiece) 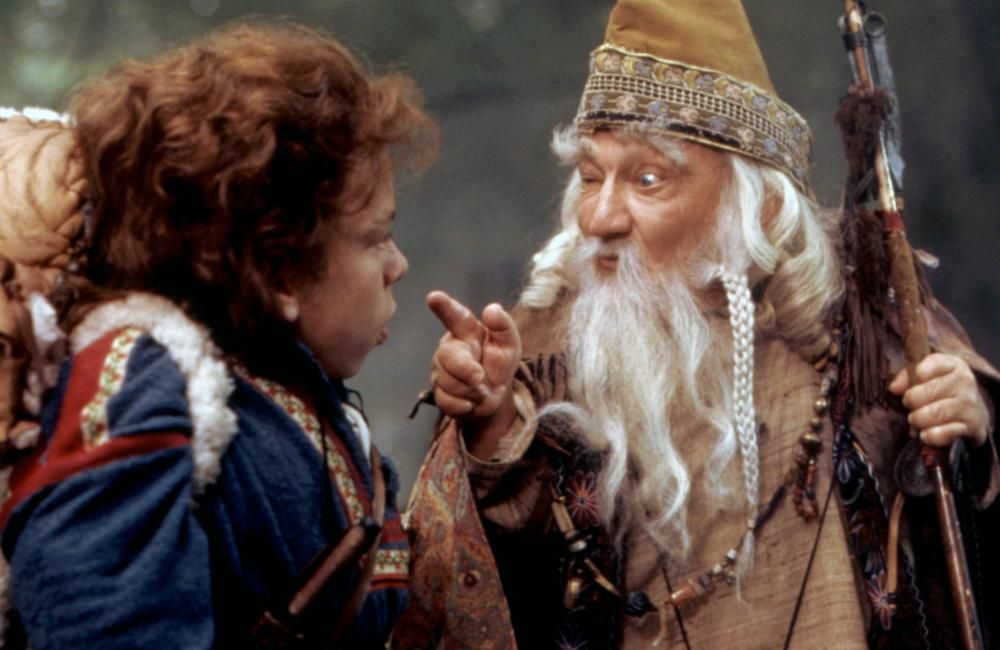 The story itself is a classic fantasy trope of a prophesied Chosen One and the adventure surrounding their destined victory over the Big Evil. This time it just happens to be a helpless little Daikini baby requiring assistance from our not so high adventurer, Willow.

Aside from a few laughs at dated effects and some fairly outlandish plot holes, we thoroughly enjoyed this little adventure and I’m glad to have watched it again. Saying that though, the morphing effects still stand up and really make the sorceresses transformations special. A lot of Furries would be salivating over that shit.

Overall, it is most definitely of its time, although it is somewhat up to date with some levels of ‘wokeness’ that I had noticed. There were a few dwarves of color in the village, so not a totally Tolkien-esque whitewashed munchkin town and also the two big magic users are women. Old women. A few boxes ticked already. Not much for the SJW crowd to complain about there. Val Kilmer even dresses up as a woman and is convincing enough that even big old Llug has good grope of his lovely big tits. You didn’t hear him shouting ‘me too!’.

WORTH ANOTHER WATCH THEN?

Put simply, yes. I thoroughly recommend a watch if you were a fan of Willow the first time around, just to see how it has aged for you. If you haven’t seen Willow before; What are you doing with your life??? Get on it!

Well, the good news is Disney is rumored to be developing a Willow TV show for Disney+. So, maybe this could mean more Val Kilmer as Madmartigan?

What exactly could they be doing with this? Will it be a reboot or a continuation with some of the original cast?