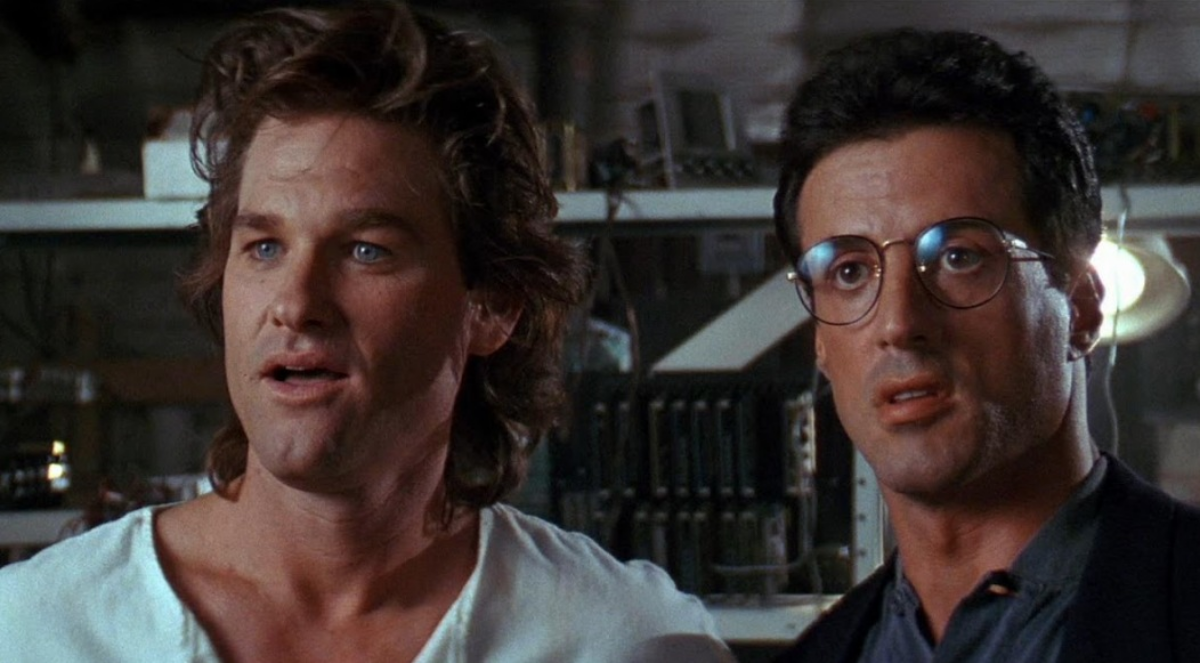 In this episode of Movies For Goblins That Love Movies we salute another Kurt Russell masterpiece, this time with Rocky Fucking Rambo Balboa riding shotgun. Goblins, I give you Tango & Cash.

If you are wearing skinny jeans and have a “Meat is Murder” T-shirt on, this film is not for you; a tampon is for you.

This film has it all: Rocky, Jack Burton, Boss Carl Grissom, Leon, Balok, Teri Hatcher’s young, perfect ass and boobs — and this battle wagon, maybe the most manly vehicle ever to grace the silver screen.

Tango & Cash (starring Sylvester Stallone as Tango and Kurt Russell as Cash) is a near-perfect over-the-top ’80s action spectacle. It is also the single most epic film that should have but did not get a sequel. It also has the distinction of having been the last blockbuster released in the ’80s; it hit screens on Dec 22, 1989.

Tango and Cash are headline-grabbing Supercops, the stuff of nightmares for criminal masterminds and the dreams of hot chicks.

One criminal mastermind in particular, Boss Carl Grissom (whom we thought the Joker killed) has risen from the grave and has a plan to take Tango and Cash down for good — a plan to put them in prison so that they can get raped by Maniac Cop, Balok and Leon. The ultimate revenge.

The rival Supercops get framed and end up in prison, have to put aside their egos to form the cop version of the Megapowers, and team up to bust out and bust heads.

Along the way Kurt Russell bangs young Teri Hatcher. The heroes’ own version of Q gives them a Battlewagon that makes Bond’s car look like a Prius. Shit gets blown up real good and mayhem ensues.

Tango & Cash is all of the over-the-top ’80s big-budget action spectacles, rolled into one. If you aren’t a pussy then grab a nice ribeye, pour yourself some Laphroaig and watch it. It will make you a man.