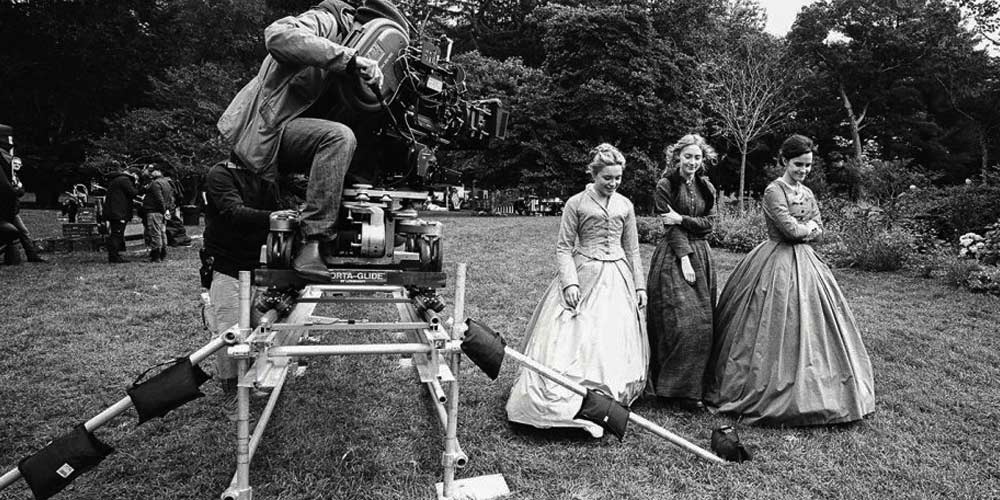 The Best Season of the Year!

I’m here to say, after placing my testicles carefully in my wife’s lockbox, that Little Women was the best movie of 2019.

I dug the film. Probably more than any other from this sad sack year for movies.

Granted I haven’t seen Ford v. Ferrari or Joker. But I still get that Venom / Aquaman feeling from Joker and I’m almost scared to rent it.

It just looks to me like a derivative, over-hyped piece of crap.

I had a deal with my wife on Christmas Day.

After disgracing myself by taking the family to The Rise of Skywalker, I had to turn around and take the missus to see Greta Gerwig’s big historical extravaganza Little Women.

Now, of course, I haven’t read the novel but I have sisters. My oldest sister used to draw the characters after reading the book.

I also have the ’94 Winona Ryder / Christian Bale version as a compare, so I feel confident enough in my cultural osmosis to say that the 2019 Little Women is the best adaptation to date and a very fine film in its own right.

The movie ranks up there with the very best romantic costume drama, Ang Lee’s Sense and Sensibility with Emma Thompson and Hugh Grant.

While set on different sides of the Atlantic, both Mr. Lee’s and Ms. Gerwig’s films have that sense of family on and off-screen, as if a troupe of great friends and old pros got together and made a movie, where you’re digging the performances and emotions.

And it’s all working — working so well that you feel like you could spend years with the characters, and it feels like you have, but not in a boring “Get it over with, Irishman!” way but in an epic, Gone With The Wind way.

Sometimes it’s the characters alone that make the movie.

What Greta Gerwig did in her film is to work overtime to make sure that the choice makes emotional sense.

She also made Professor Bhaer younger and she fleshed out every character in the story, including the March patriarch played by Bob Odenkirk, in a surprising cameo — least for me, I hadn’t heard he was in it and when he’s revealed, it felt like a shock, like it was supposed to be a secret.

Mr. Chalamet isn’t quite the force of nature that Christian Bale was, but that’s just who he is. His version is more down to earth and forlorn. He’s good in a different way.

And if you’d have told me in 1993 after her detestable performance in Jurassic Park, that nearly 30 years hence — I can’t help using such words when describing old-timey stories — one of my favorite actresses would be Laura Dern, I’d have fought you hard on that, but it’s true.

Ever since The Master, she’s been cranking out great supporting turns left and right.

It’s like with Russell Crowe in Cinderella Man, it’s much harder to play believably good and honest than believably awful and bad. Compare Dern to Susan Sarandon in the ’94 version who seemed as stiff as a board and out of her element as the good mother.

Though, I have to add that after Ms. Dern’s Golden Globe speech after her win for Marriage Story, she took a page from Sarandon’s playbook and I got that Jurassic Park vibe again.

Actors! Even when you rally behind them, they let you down with their bullshit.

At any rate, what impressed me most about Little Women despite the usual lush photography and score, which are part and parcel of the Hollywood machine these days, Ms. Gerwig did a very surprising and competent job structuring the screenplay.

Her use of flashbacks to tell the story was actually a stroke of genius because it kept the family members and their issues at the forefront and vital. Whereas with the ‘94 version, and I’m assuming any other version, it was more episodic when fiery, independent Jo goes to New York and falls for Professor Doofenheimer.

What also impressed me is that Gerwig basically held back and told a family story.

From what I gleaned about Louisa May Alcott on Wikipedia, she brought everything a closeted-lesbian feminist in the 1800s would bring to a romance, replete with the choice of an old duffer over a dashing romantic.

Alcott was a free-thinker, a transcendentalist and from a family of the 1860s’ equivalent of granola-eating, sandals-and-socks-wearing New Englanders.

Ms. Gerwig could’ve certainly gone with that angle and still been well-within her historical boundaries. But instead, she focused on the good-hearted Pilgrim’s progress reading family as a whole and made a heartfelt and memorable film, giving all the characters their due and reasons to exist.

Mind you, I really thought it was going to be the #metoo version of a classic.

There’s some feminist soapboxing for sure, but again, nothing that Ms. Alcott wouldn’t have approved of.

And this just goes to show you how Hollywood really is the weirdest freakin’ place on the planet, I see the Oscar nominations and Greta Gerwig is nowhere to be found!

Instead, it’s Scorsese for his 3-hour CGI snoozefest?

And The Two Popes director???

In this #metoo era of jumping up and down about female empowerment, the idiots in Tinseltown are ignoring the one female director who actually deserves to be lauded?

And that’s why we love it.

To be concluded with my Joker review…