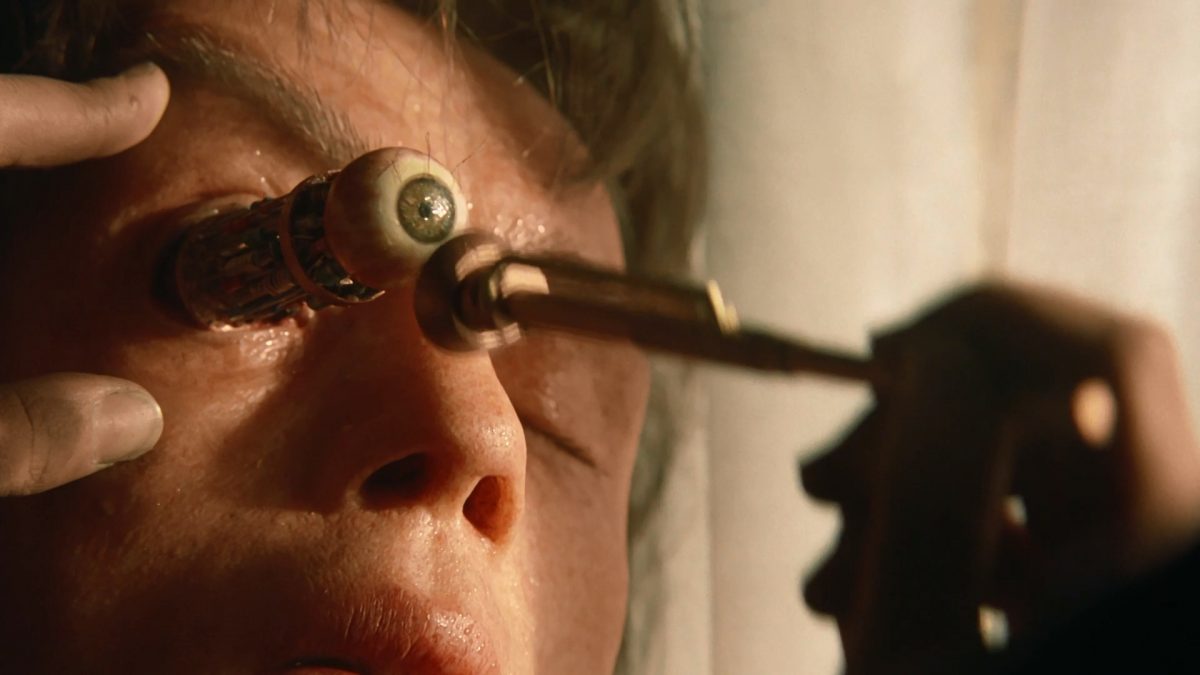 “Who the hell is Albert Pyun?”

You can be forgiven for the question as not that many people have heard of him, despite him having made 56 movies. Maybe you have seen some of his more well-known movies, without realizing who directed it.

He has made a lot of low budget sci-fi movies, which are characterized by some crazy ideas and a lot of energy. Most are not what you would call great movies but for me, Nemesis stands out since it can be enjoyed without excuses if you don’t mind movies that verge close to being a bit silly.

It borrows parts from Total Recall, Terminator, Blade Runner and Mad Max and stars Olivier Gruner as a cop who must track down a former partner.

Olivier’s career never took off, and he speaks in a monotone voice throughout the movie, which makes him seem a bit disinterested. But he’s great at martial arts, so for those of you who can spot the difference between an amateur and a pro, he definitely delivers.

What makes this movie great is the real sets and the mechanical special effects which seem more real than today’s CGI effects.

It plays out as a mix of Hard Target and Desperado with a sci-fi twist. Everybody speaks in weird accents which is part of the fun. There is some sketchy stop-motion near the end, which I could have done without, but other than that there is never a dull moment.

Pyun made 3 DTV sequels that don’t compare to the first one.

Nemesis 2 and Nemesis 3 plays like a ripoff of Predator with Sue Price mostly running around in the desert which gets old quick.

However honorable mention goes to Nemesis 4: Cry Of Angels, which has Sue Price running around in a war-torn Eastern European city naked or scantily clad all of the time. She is very muscular, so enter with caution. There isn’t much gunplay but it still has a lot of weird cyborg action.