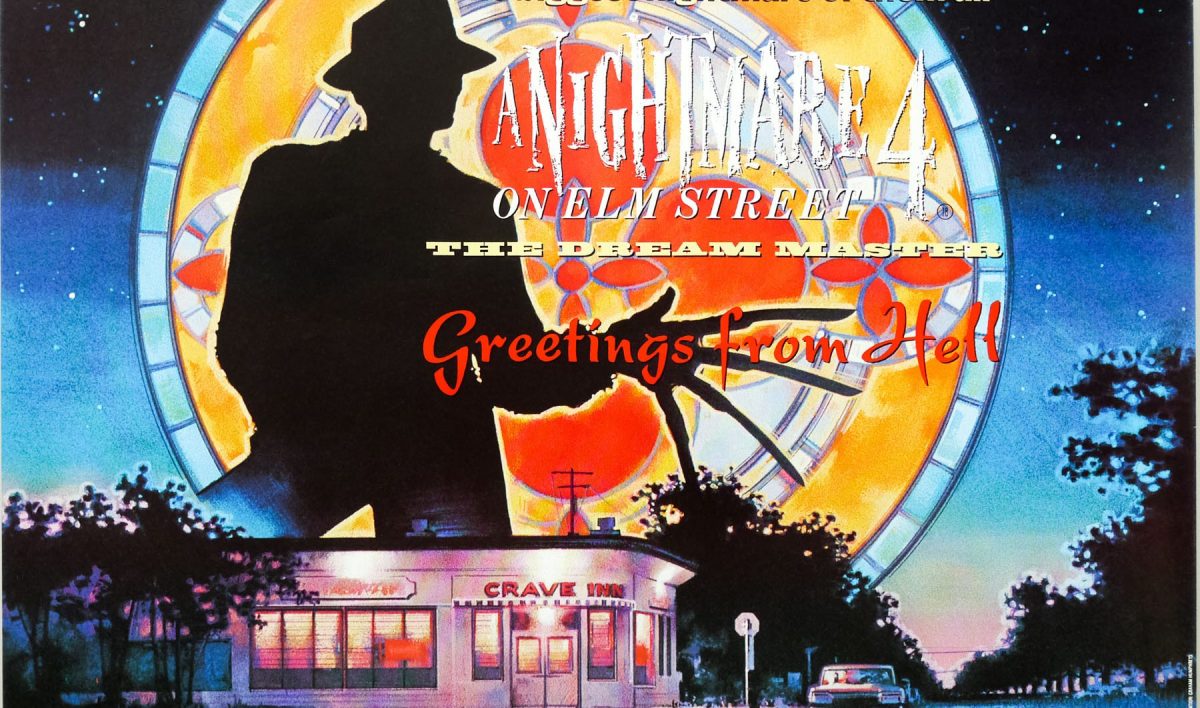 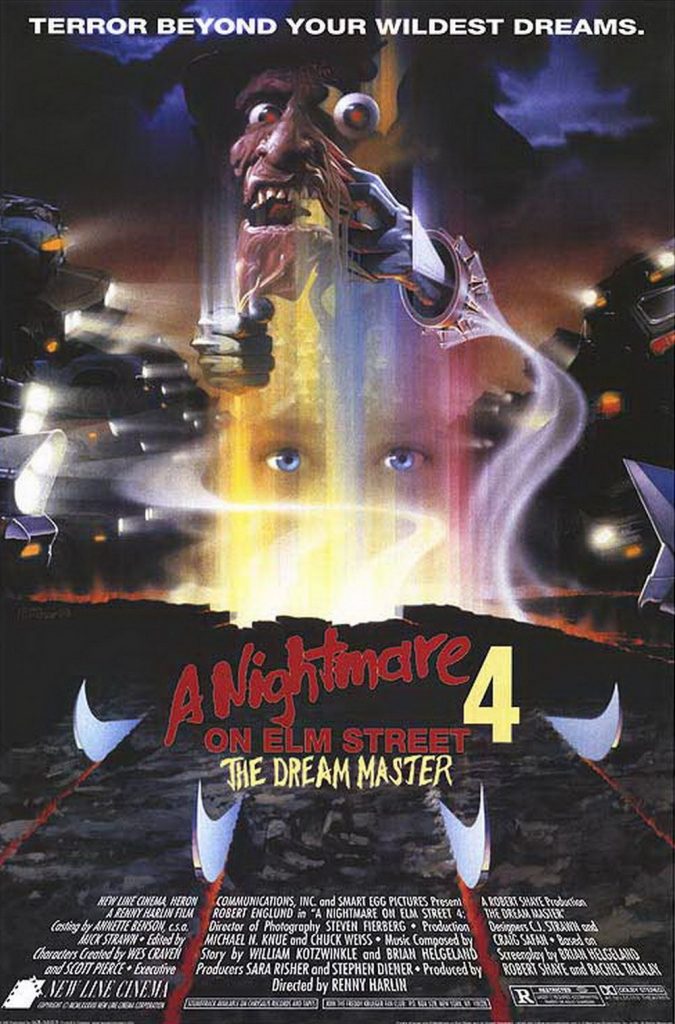 Released on August 19th 1988, A Nightmare on Elm Street 4: The Dream Master was the peak of the franchise that would soon go downhill with The Dream Child and Freddy’s Dead along with the rather shit Freddy’s Nightmares anthological TV show.

Objectively, the three best movies in this series are 1>3>4 (2 is GOAT if you like dick) but 4 has a special place in my heart because I saw it when I was 10 and loved every second of it. It was also the first time I saw tits on the big screen, that of Hope Marie Carlton (waterbed playmate) and Linnea Quigley (a soul in Freddy’s chest).

This was director Renny Harlin’s (Die Hard 2, The Adventures of Ford Fairlane, Cliffhanger) breakout film and has all the energy of an MTV music video while building upon the more fantasy aspects laid down in part 3, Dream Warriors.

The only thing wrong with the film is that 3’s lead actress, Patricia Arquette, was replaced with Tuesday Knight, as Kristen, which robs the character’s death of the weight it should have had.

I think Dream Master is hugely underrated and is part of the cresting wave of the Horror genre which hit its apex in 1988 along with Phantasm 2, Hellraiser 2, The Blob remake, Child’s Play, Pumpkinhead, Killer Klowns from Outer Space, The Serpent and the Rainbow, Elvira: Mistress of the Dark, Return of the Killer Tomatoes (yes, fuck you), Night of the Demons, Friday the 13th part 7, Halloween 4, Return of the Living Dead 2, Sleepaway Camp 2 and They Live among others.

As far as I’m concerned Horror has been going down the toilet ever since with very few movies that could compare to what came out in the 80’s. I miss those days and the death of Fangoria magazine makes me yearn with despair!

Anywho, say what you will but A Nightmare on Elm Street 4: The Dream Master had a great soundtrack! FACT!!!