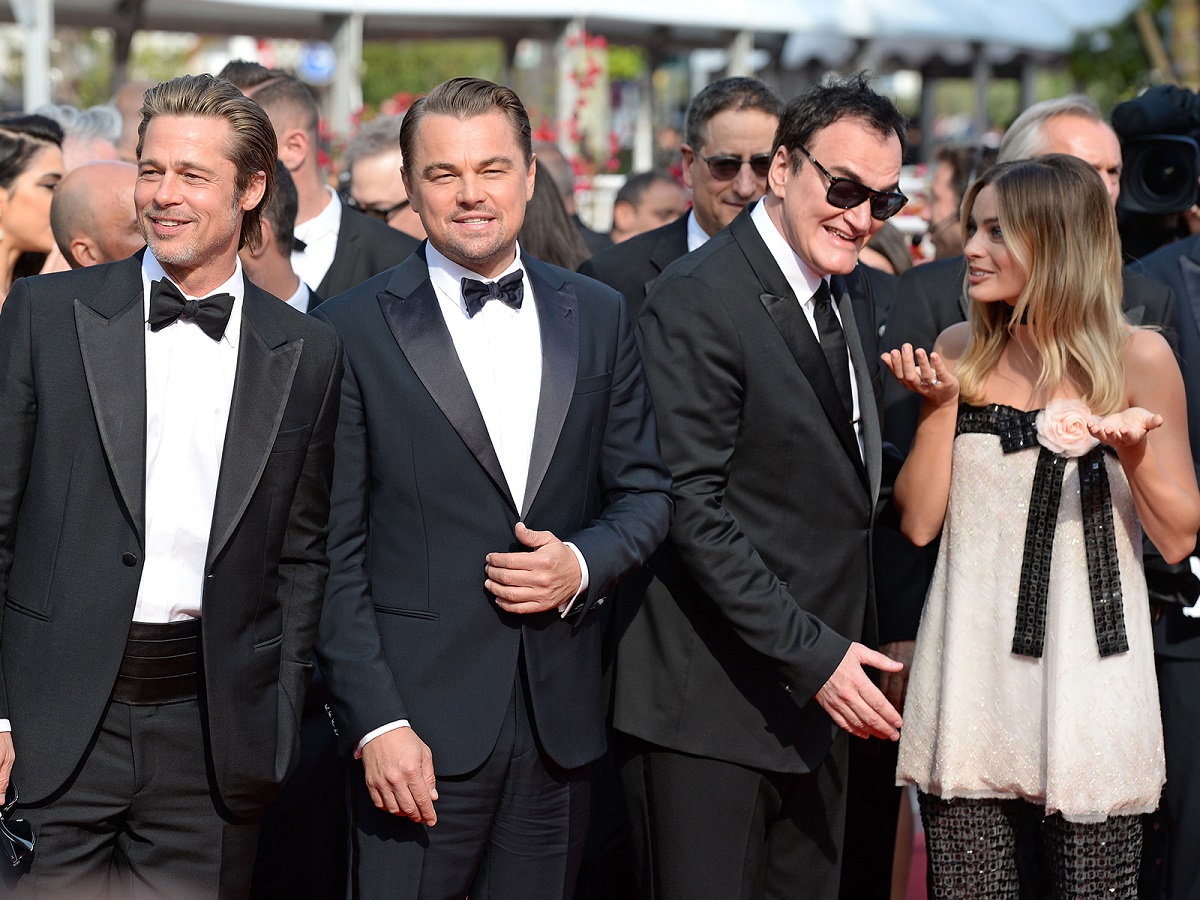 If You’re Not on Discord You Don’t Know

Those of you who read here on a regular basis may know, or not, that writing isn’t all we do here.

Many of us own businesses, “side” hustle, act like freelance contractors, and some of us are just regular employees trying to make it through the day.

As a writer who also employs people, I’ve been spending the last few weeks, not writing here, but instead, trying to save my business and the jobs of the twenty-five or so people who work for me and provide services that organizations want and need.

This has been just as stressful, emotionally draining, and anxiety-driven as you can imagine from your couch watching Netflix Tiger shows and commenting on here.

So, in an effort to distract myself last night I finally watched Once Upon a Time in Hollywood, the Quentin Tarantino film that everyone slobbered over last year. The one that Brad Pitt won an Oscar for and the one that everyone was loving Margot Robbie as Sharon Tate in.

Yes, I know that everyone has already had their say about this movie and that it’s “old hat,” but right now, celebrity culture is burning, no one is making or releasing any new movies, the theaters and cinemas are closed and you’re reading this.

Once Upon a Time in Hollywood had three things going on in it all at the same time, all equally annoying:

It is the straight-up most self-indulgent Tarantino film he’s ever made and that’s saying a lot. Most of the films that Tarantino has been mucking about with since the train wreck of the Kill Bill series have been self-indulgent at best, but Once Upon a Time in Hollywood goes above and beyond.

The story wanders unconscionably, and that’s saying a lot about a guy who’s only ever been edited once before and that was by his co-writer on Pulp Fiction, Roger Avary.

If the whole point of the film is a meditation on the relationship between two men at the end of the “Summer of Love”, well, the film fails on this level as well.

I didn’t find Rusty and Cliff’s relationship even worth watching.

Other than they’ve been friends for a while, why should the viewer, or anybody else watching, care?

Sure, Cliff is more compelling than Rusty, but so what? We need something more to get us to care about these two men and Tarantino didn’t provide it. Do you know who did male bonding writing better?

We’d have preferred a movie about the dog, Tarantino.

And The Third Biggest Problem…

So, in Tarantino’s fantasy world, Sharon Tate lives, the Manson crew doesn’t get the fame they don’t deserve, except as home invaders, and Rusty and Cliff both get rewarded.

But again, so what?

To wit, my response to he and King is as follows:

“Yeah, Quentin, I too can’t believe that a sadistic group of devil-worshipping hippie cultists killed a budding sex symbol and her baby while her fallacious husband was out of the country and there wasn’t anybody on the road, in the house, or around to help them out.

These strange things happen to celebrities, Presidents, and members of the unofficial “royalty” class of America all the time.”

It would have been a better move for Tarantino to make the Manson movie he really wanted to make rather than this cotton candy puffery that he got a bunch of undeserved awards for.

As we all live under the economic plague of COVID-19 we should remember that celebrity culture is at a standstill, as I predicted it would be.

When there is no audience to clap, can a performer really do their job?

According to the New York Times:

The coronavirus is the odd crisis where doing nothing actually does help — staying inside can save lives. And in addition to food and rent money and medical attention, people require sufficient entertainment to weather the lockdown.

But if I’m going to pay attention to celebrities at a time like this, their contribution better be charming or deranged enough to distract me from the specter of mass suffering and death. Even as the power of pure celebrity tanks, the value of a true entertainer rises.

And, Tarantino isn’t a true entertainer. He hasn’t been for a while now.

And no amount of elevating the material by DiCaprio, Pitt, Robbie, or any of the other members of the usual crew that follow Tarantino around like that dog followed Cliff, is going to make Once Upon a Time in Hollywood any more than a film elevated above it’s talent.

So, for your edification, here are the rankings of Tarantino’s films from Great to Barely Worth Mentioning:

Bottom Shelf: Kill Bill 1, 2, Inglorious Basterds, Django Unchained, The Hateful Eight and now, Once Upon a Time in Hollywood.

Thanks for nothing Quentin. You couldn’t even make the dive this time, much less stick the landing.

Go back to polishing that turd of Hateful Eight for Netflix.