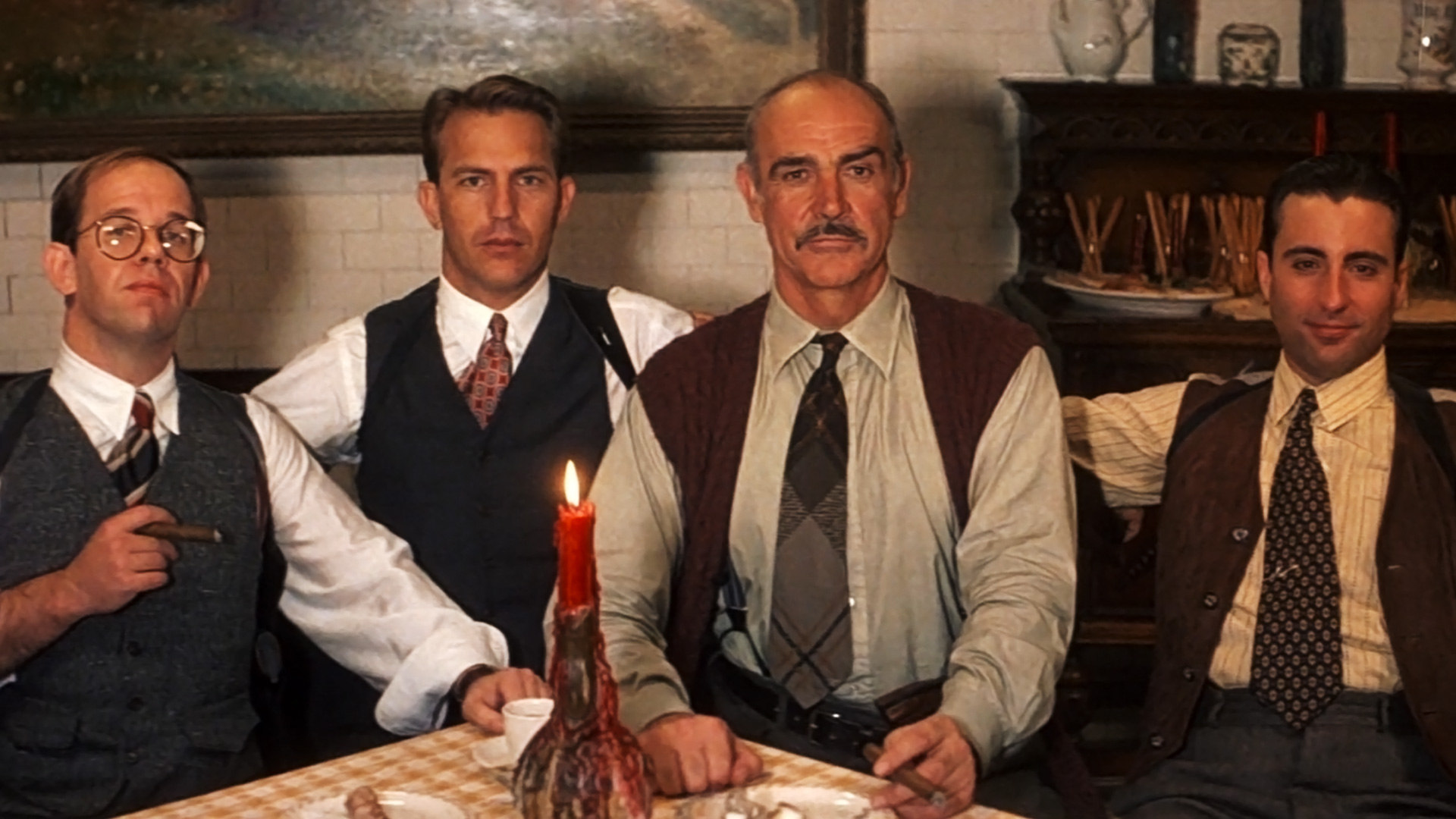 David Mamet deftly uses archetypal characters and borderline-corny dialogue to tell the tale of the downfall of Al Capone in his 1987 movie The Untouchables. How else would one tell such a story about larger-than-life historical figures?

I never realized what a goofy movie this was until I watched it with my wife. I had always been so engrossed with the intense story of lawman vs outlaw that I never stopped to consider what Mamet may have been trying to convey.

During the Canadian-border bridge scene, as Charles Martin Smith is unloading a shotgun into a bunch of gangsters, my wife laughed out loud and asked me what year this movie was released. I answered, “1987, why?” She replied, “It’s so silly.”

Knowing that Mamet wouldn’t write something intentionally silly, I wondered what my wife was seeing that I wasn’t. I watched the movie again and it wasn’t too long before I realized that I was watching a movie in the vein of Superman (1978).

Brilliantly directed by Brian De Palma and infused with his kind of style and tone, The Untouchables strikes the perfect balance between stern and camp storytelling.

Each of the main characters is so broadly drawn, and the supporting cast is so perfectly set in place, that I couldn’t help but feel like I was being swept up in an epic tale of superheroes and their nemesis.

Likewise, many of the camera angles are staged like comic panels, as are the movements and reactions of the actors through them. Here are a few of my favorites:

Many of these moments are almost cartoony but it all works and it all makes for a classic movie.

The musical score by Ennio Morricone also serves to enhance the almost lyrical quality of the dialogue. It emphasizes the stoic nature of our heroes and casts shadows on the nefarious deeds of the villains.

Take the opening theme. It may as well be the all-time theme music for criminal justice, social order, and upholding the law:

A detective with a chip on his shoulder, Eliot Ness is dedicated to stopping the bad guy, at first not sure what he’s up against and then adjusting his methods to fit the tactics of the scum he’s battling.

He charges into battle shouting, “Let’s do some good!” all the while not realizing that he will have to break his own rules to accomplish his goals.

In one of his earliest starring roles, Costner is pitch perfect as a lawman with all the will power in the world. He also strikes one hell of a hero pose:

Even though he’s clearly older than Ness, agent Oscar Wallace is clearly on Cloud Nine as he’s tasked by the government with assisting in the take down of Capone.

Wallace seemingly always has a large stack of facts and figures ready to demonstrate to Ness how Capone can be apprehended.

His boundless enthusiasm is a nice counterpoint to Ness’ stern demeanor.

Grizzled, aged, wise, and one tough son of a bitch, Sean Connery plays a Chicago beat cop who steps into Ness’ team and effectively saves it from becoming a lost cause.

With a temper that goes from zero to seeing-red in seconds, and the strength to match, Connery’s Jimmy Malone is a force to be reckoned with.

Cool, mysterious, and a deadshot with a pistol, Andy Garcia plays George Stone with a quiet swagger.

Robert De Niro reportedly gained thirty pounds to portray gangster Al Capone. Even though he doesn’t look exactly like the real man, De Niro’s role is perfectly played and serves to balance the procedural portions of the story.

Each scene with De Niro is a highlight of the movie. His introduction in the movie is appropriately comic bookish, masked and surrounded by lackeys and hangers-on:

As with any good comic book villain, his eccentricities are well displayed and he follows our hero’s progress with a dismissive chuckle.

Billy Drago, one of those actors you’ve seen in everything but can’t recall where, portrays Frank Nitti with an evil gusto.

Because I love this movie so much, here are some more excellent visuals:

If you’ve never seen this movie, I urge you to do so. If you have, please rewatch it and let me know if I’m full of shit with all this stuff.