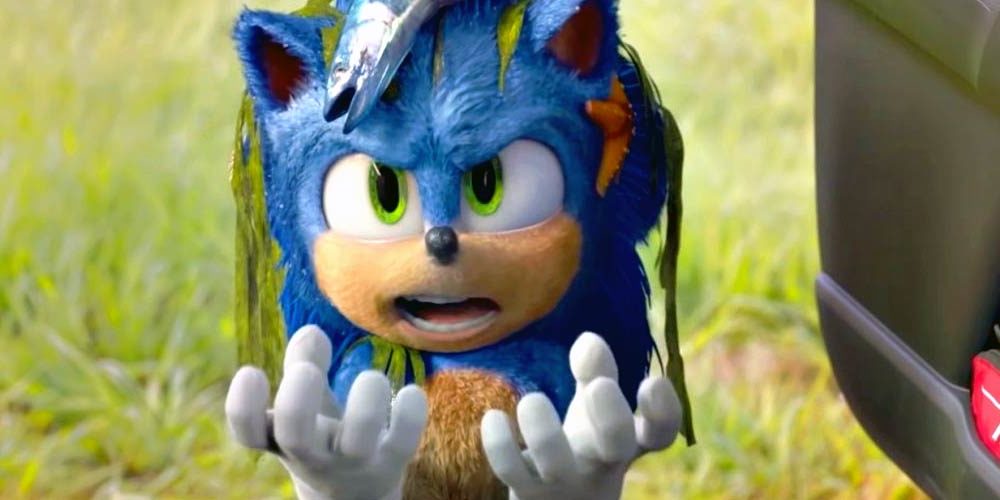 When the first trailer for the Sonic The Hedgehog movie was released it caused consternation because, well, its depiction of Sonic was… not good.

Now, we’ve seen “not good” movies coming out of Hollywood before including Ghostbusters (2016), The Last Jedi, Charlie’s Angels (2019), Terminator: Dark Fate, Birds of Prey… Actually, at this point, it might be an easier time writing a list of recent Hollywood movies that were good. In the wake of these “not good” movies, we are well aware of how Hollywood responds to criticism.

That is the standard operating procedure for modern Hollywood.

Jeff Fowler, director of the Sonic The Hedgehog movie, did not.

Instead, he listened to the fans’ criticisms, and said they’d take “a little more time to make Sonic just right.”

It no doubt cost a fair bit of money to hire an animation studio for a last-minute rush job like that, but they did it.

Jeff Fowler’s measured, rational, and adult response left me with one firm conviction:

Such basic decency should be rewarded, so I determined that I would go see Sonic The Hedgehog when it came to theaters, however bad it might otherwise be.

I will be frank. My expectations were not high. Based on past video game based movies there was a fair chance that Sonic The Hedgehog would be a train wreck. However, I was still going to go, regardless.

My expectations were subverted.

Sonic The Hedgehog is a good movie.

James Marsden, who played Cyclops in the 2000 X-Men movie and its two sequels, put in a great performance as Tom Wachowski, the police officer who befriends Sonic.

Jim Carrey meanwhile ensured that no piece of scenery near him went unchewed in his role as Sonic’s nemesis Robotnik. This is 90s Jim Carrey at his best, and it’s great to see him back.

Ben Schwartz puts in fantastic voicework as the titular Sonic, conveying the loneliness of the exiled hedgehog, as well as his youthful enthusiasm.

The general plot of the movie is predictable enough. It involves the main characters traveling from one place to another to find a thing, leading to a confrontation with the villain. That can be said of a lot of movies, however. After all, the difference between a Cordon Bleu chef and we mere mortals is not the ingredients but their preparation and presentation.

In that respect, Sonic The Hedgehog does very well.

It’s a bright, cheerful, movie that hustles along at a fair clip. Although obviously tailored for a younger audience, adults — particularly those who enjoyed Jim Carrey’s earlier roles — will find it entertaining too.

It also appears that Jeff Fowler’s approach of listening to fans has made money for Paramount. As of writing Sonic The Hedgehog has grossed $137 million off a budget of $95 million, and it seems it’ll have legs for a while yet.

If the reception is good enough we may well see a Sega movie franchise.

Streets of Rage, anyone?

The story obviously did not change, so it would still have been entertaining regardless of the aesthetics. However, it is aesthetics that gets people in the door. Improve aesthetics, and do some positive public relations, and they have themselves a winner.

In conclusion, I recommend Sonic The Hedgehog for people who have children, and even for those who don’t.

Four out of five Rosy the Rascal waifus from me.