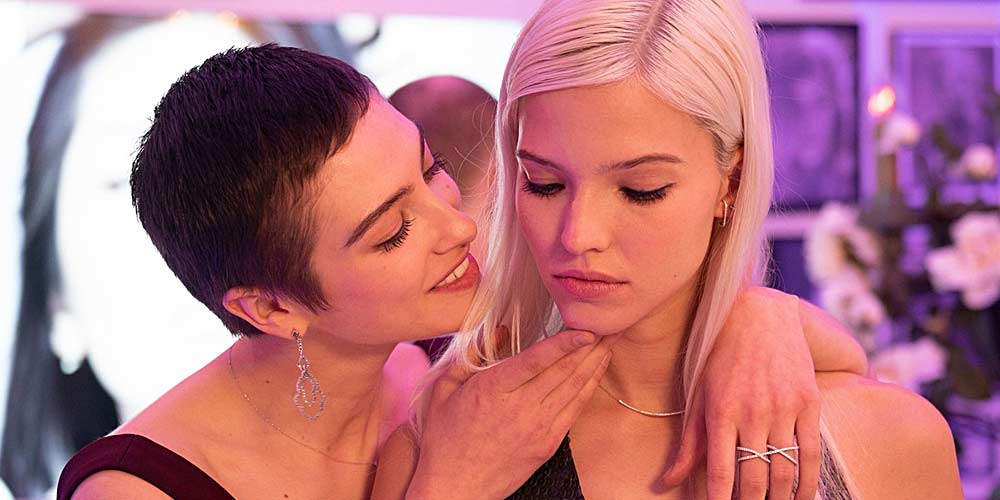 I got me some HBO last week to check out seasons nine and ten of Curb Your Enthusiasm. Before I lost me some access, I also watched some movies I had a passing interest in — and these days a “passing interest” is about as good as it gets.

First up was Anna.

It’s about a KGB lady agent who’s got the modeling and fighting skills to pose for headshots by day and make headshots by night.

How does Anna accomplish this feat?

It has a number of things working in its favor.

Women are from France

Besson and Cameron are different sides of the same coin when it comes to the ability to put decent female action heroes on screen.

Luc Besson’s secret is making femininity an up-front part of the character’s identity.

Anna is a spy that leverages her beauty into what she does.

She poses as a supermodel.

She beds men (and one woman) to use as cover, whether it is cover for her secret identity or to cover her own butt.

It’s not much, but the roles allow Luke and Helen to use Russian accents. Truly, they ran the gamut of emotions from A to Borscht.

Cillian didn’t get to do an accent, but he at least got to order a man’s finger cut off with a fun display of aloof, pragmatic annoyance.

Third, the movie tried to make things interesting by playing around a bit with sequence.

It would show a scene, then later it would go back to show the rest of what happened in that scene. The technique is not employed in an earth-shattering manner, but it generally works. The movie references nesting dolls. It was probably trying to do the same thing with its presentation.

So, what is holding the movie back?

For an action movie, Anna doesn’t have much action. The bulk of the action is front-loaded. The biggest fight scene happens in the first third of the movie.

After that, Anna is mostly montages of her shooting nameless characters to an INXS song, then a brief action scene at the end that is about one-quarter of the action scene in the beginning. They should have maybe flipped the two around.

We’ve been here before

Finally, Anna is sort of a rehash of La Femme Nikita and its American counterpart, Point of No Return. I don’t think action movies need to break new ground, but Nikita and Point were better.

Could I Beat Up This Woman?

Now then, the important question, could Sasha Luss beat me up in real life?

Luss is tall at 5’10, and her weight is around 116. For comparison, I knew a girl who was a figure skater and a second-degree black belt at 5’11″ and maybe 130. Her punches might just annoy, but if she landed a kick with those six-foot legs, that would hurt, man.

I got kicked in the wrist by a male black belt once with a front kick (not a fight; I was merely holding a pad for him for practicing purposes), and my whole arm went dead and then swelled up and turned back and blue for a couple of weeks.

At the end of the day, the question of whether or not Sasha Luss could beat me up is a non-issue, though. She would be too mesmerized by my machismo to think about blackening these puppy-dog eyes.