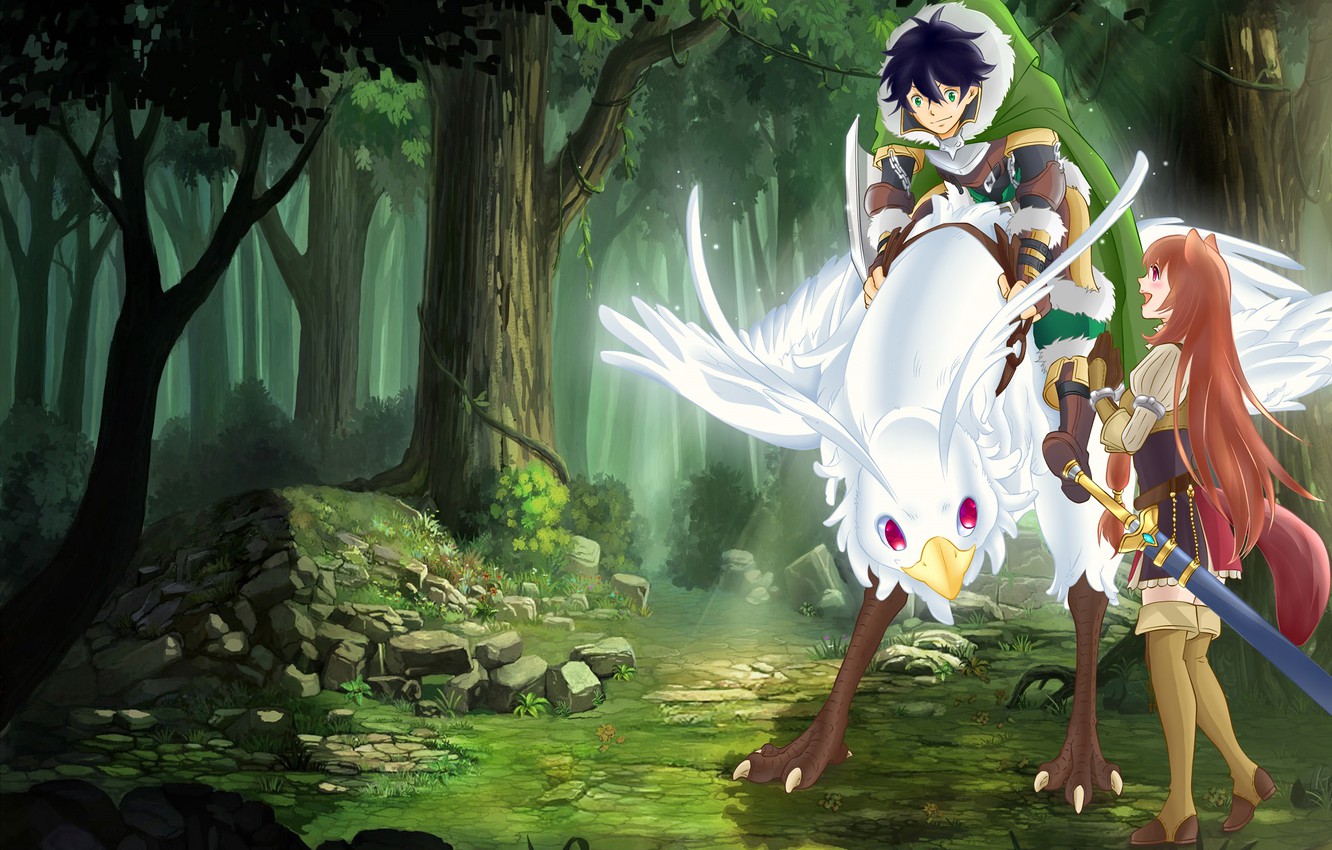 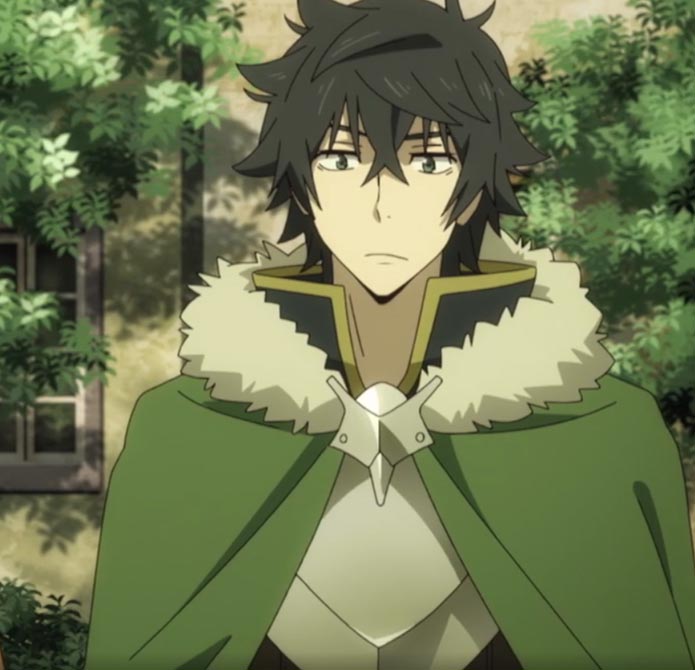 The protagonist of the series, Naofumi Iwatani (voiced by Kaito Ishikawa), a shut-in otaku, finds himself brought to another world as one of four legendary heroes. The other three are Motoyasu Kitamura (Makoto Takahashi) the Spear Hero, Ren Amaki (Yoshitsugu Matsuoka) the Sword Hero, and Itsuki Kawasumi (Yoshitaka Yamaya) the Bow Hero. Naofumi finds himself with the only “weapon” without offensive ability, the Legendary Shield.

Falsely accused of rape by Malty Melromarc (Sarah Emi Bridcutt), a princess of the kingdom, and robbed of money and equipment, Naofumi has no choice but to buy a slave to provide the offense his shield does not allow.

The slave he can afford is Raphtalia (Asami Seto), a tanuki (raccoon girl) demi-human. Though initially small and sickly, Naofumi provides her with food, medicine, and training, and she quickly becomes the sword to his shield. 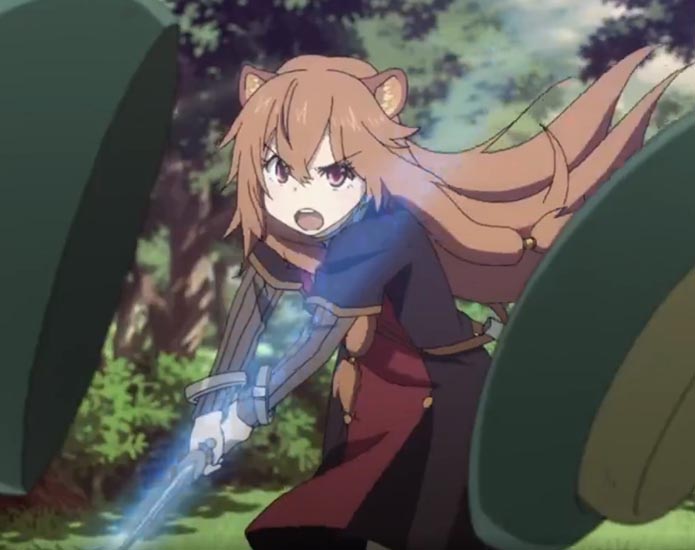 Treated with contempt by his fellow Heroes, the royal family, and many of the kingdom’s citizens, Naofumi nonetheless battles to protect them, and to overcome the bitterness that their treatment of him engenders.

Unlike certain franchises (naming no names, Marvel) the main antagonist of this series, Malty, is extremely well written, despite having no redeeming qualities at all. She is sly, deceptive, manipulative, selfish, and utterly indifferent to the pain of others. Not one for personal confrontation she usually persuades those around her to inflict violence on her behalf. She is a brilliantly written female villain, while still being entirely hateworthy.

Although this series has only four episodes at the time of this article, having read the manga I can strongly recommend following it on your local anime site.

It is extremely good.