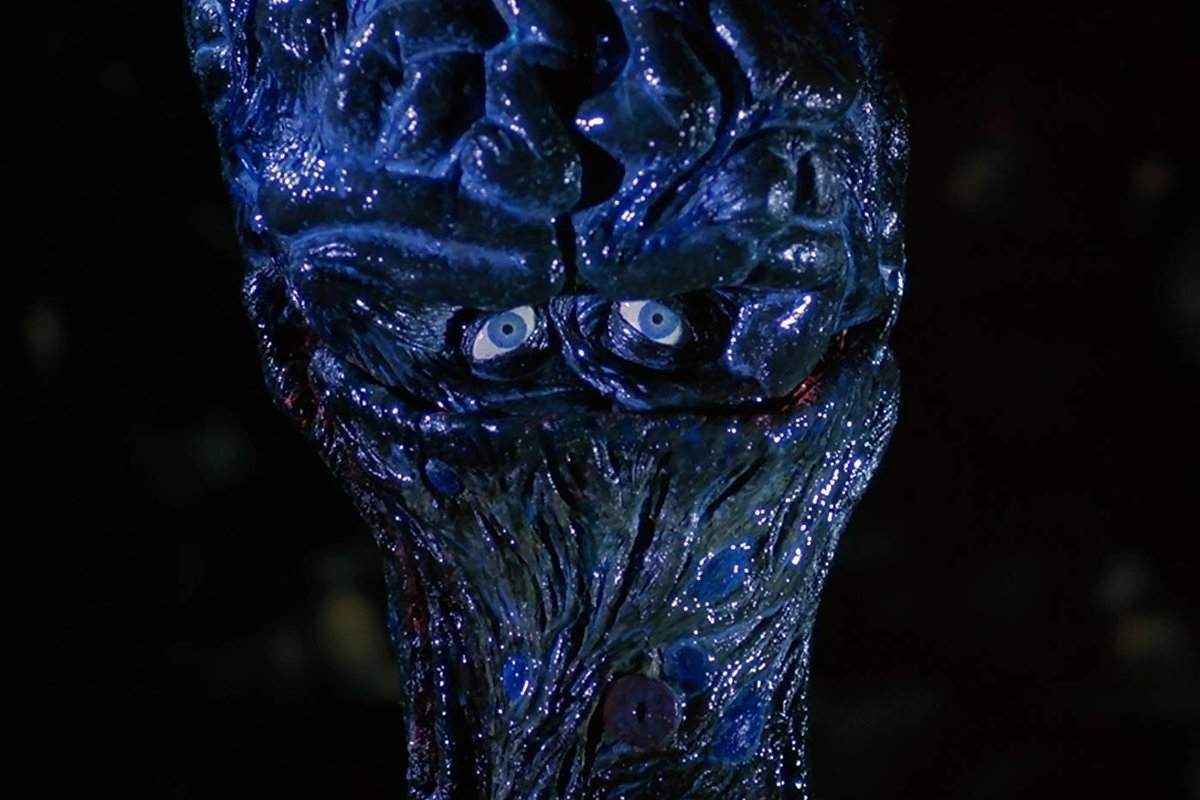 How Have I Not Seen This?!?

Ever have one of those days where you are thinking about something, like an old friend, and they appear out of nowhere?

I don’t believe in coincidences. I am becoming convinced we live in a simulation and our overlords throw us a few hints occasionally just to let us know we’re being watched and cared for. 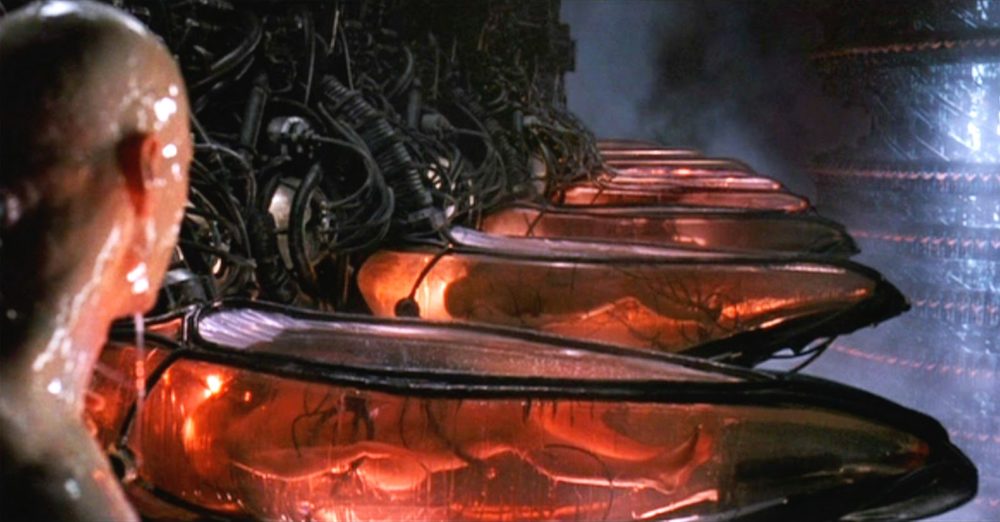 Or possibly probed. Depending on what night it is.

Well, I wouldn’t. I’m not cuck enough to get cornered like that.

Cocaine Is A Hell Of A Drug

I was channel surfing the other night – bored out of my mind with current streaming content – and mumbled something like, “…thousand goddamn movies and not a damn thing to watch.”

Out of nowhere, the simulation dropped this movie called Brain Damage into my lap.

Came across it on one of my free-to-watch channels. Because I’m cheap and refuse to give money to streaming services.

And holy hell what a hilarious movie.

Brought to you by Frank Henenlotter, who directed such delights as the Basket Case movies, and Frankenhooker.

Reportedly the director gave up cocaine and wrote this film as a metaphor for his experience.

The plot revolved around Brian, who awakens one morning to find an nasty parasite has attached itself to the back of his neck to access his brain stem.

As this masterpiece unravels, it is revealed the creature (who speaks) is called “Aylmer,” a highly coveted parasite that has been sought after for hundreds of years.

It injects a highly addictive, hallucinogenic blue fluid directly into the brain, causing a soaring state of euphoria.

I Want A New Drug

But there’s always a catch, because Aylmer also eats fresh brains. In return for regular fluid injections, Brian must supply Alymer with live victims for him to feed on.

And you can imagine, Brian turns into a junky, and hilarity ensures.

I won’t lie, Brain Damage made me laugh and was great schlocky fun. If you have prohibition booze laying around the house and have 86 minutes to kill, check it out. It’s free on Tubi. 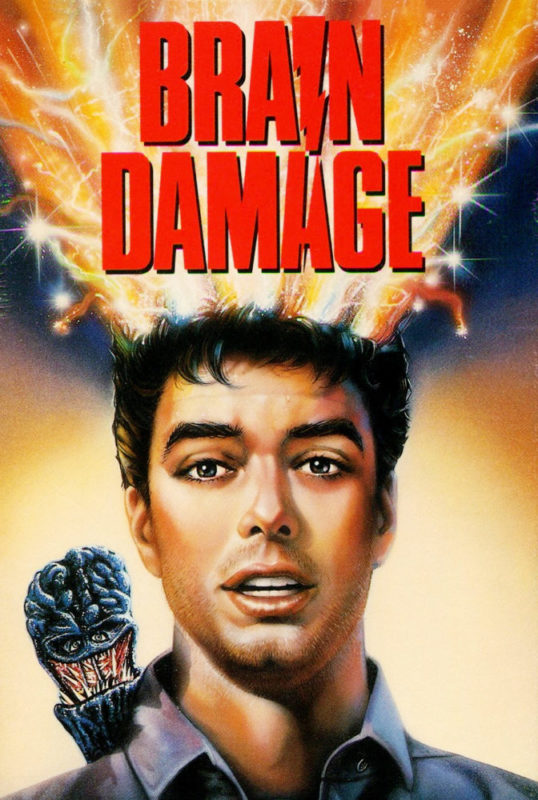