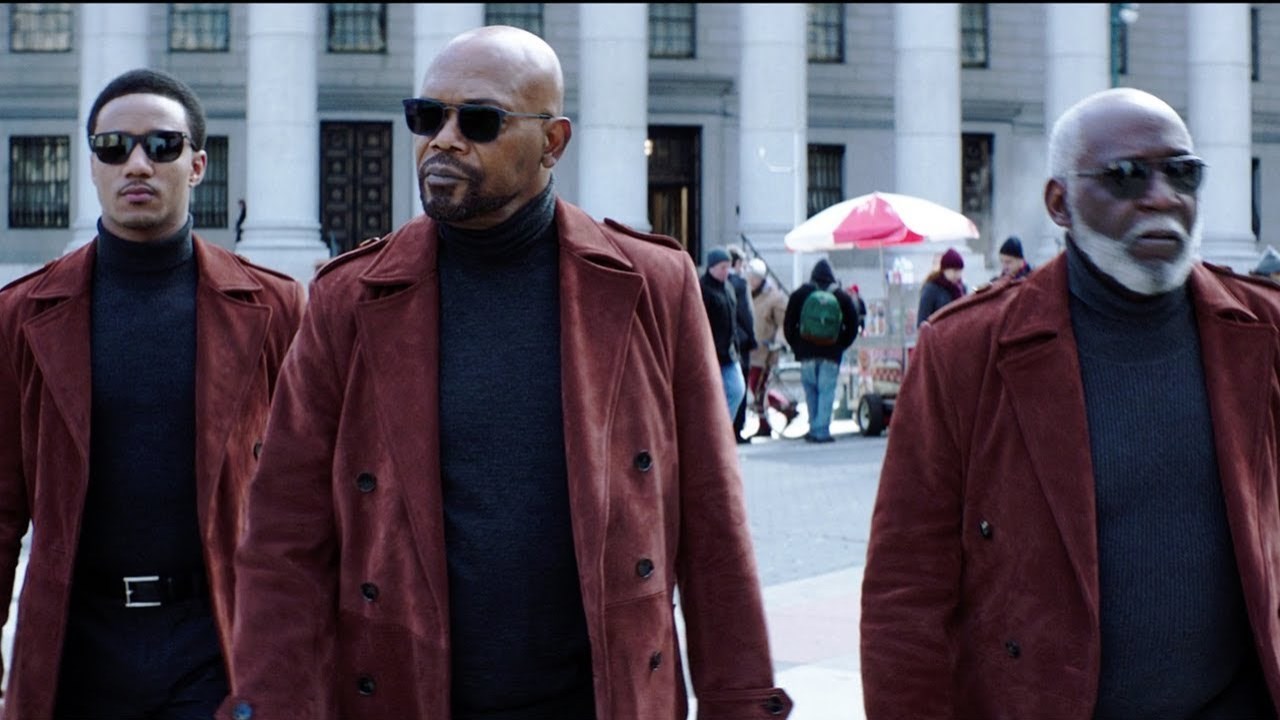 Would it hurt them to put in a subtitle?

Shaft is a bad motherf- Shut your mouth! Goddamn, I love Samuel L Jackson’s take on the character. I loved the 2000 reboot which is now canon after Richard Roundtree reprised his role as no longer an “uncle” to nod to the original.

From what I’ve seen. Professional reviewers are triggered because Shaft doesn’t take the knee to politically correct nonsense. He’s still the same bad motherfucker he was twenty years ago.

In the first ten minutes of the movie, I was a little worried. We are immediately shown a mosque that might as well be named “Red Herring” and talks of “Islamaphobia”. I was readying myself for some politically correct cringe.

To my surprise and glee, John Shaft hadn’t lost his balls. Because what would Shaft be without balls?

Don’t get me wrong, John Shaft is not a nice person. He wasn’t a nice person in 2000 either but somehow reviewers today wanted him to be a neutered character. They wanted someone that would make them feel comfortable.

To me, this was a fantastic movie. Irreverent at times and touching on real-world politics that make me uncomfortable at times. Then they didn’t tell you what to think and let the audience make up their own minds about those subjects. Enjoyable action scenes, crude humor, and a distaste for the participation trophy crowd.

Also, there is a great callback to this snafu, when someone somehow mistook Sam Jackson for Laurence Fishburne.

Shaft Vs The Five Bs Of Enjoyable Bad Movies

Not a gorefest but there is some blood splatter when people get shot. Even a sequence where all of the bullets are slowed down to a little more than bullet time.

It was a really cool effect and it could have been used a little more if you ask me. Though maybe I’m the only weirdo who thinks seeing a slow-motion bullet slamming into a thug using a woman as a shield is pretty cool.

Regina Hall wasn’t bad looking for a woman in her late forties. She had some real chemistry with Samuel L Jackson but not good chemistry, the kind of chemistry that makes meth labs explode.

Alexandra Shipp, on the other hand, was a vision. Straight up the best babe that I’ve seen all year. The biggest negative that I could give this movie is that it didn’t have the sex from the older Shaft movies. I will forever regret not seeing Shipp in more than a kissing scene.

This is a little weak. Issach De Bankole is intimidating. But he was barely in the movie. We didn’t get a chance to see him really being villainous besides standing menacingly in an alleyway and in the final shootout.

There could have been a lot more here. Essentially Shaft’s nemesis for the last two decades in the movie and he barely gets any lines.

Not much time went by in this movie without a shootout. It was a fun ride but didn’t go as over the top as I was expecting. It’s possible that I was just hoping for too much after coming off John Wick 3.

I still recommend it as a good action flick.

Samuel L Jackson always brings his A-game. There were a few weak moments like with Regina Hall or the nerdy guy she goes on a date with. But overall I found the acting to be enjoyable if almost always a little irreverent.

Jessie T. Usher showed a decent amount of range. Managing to pull off being an insecure geek and later kind of a badass.