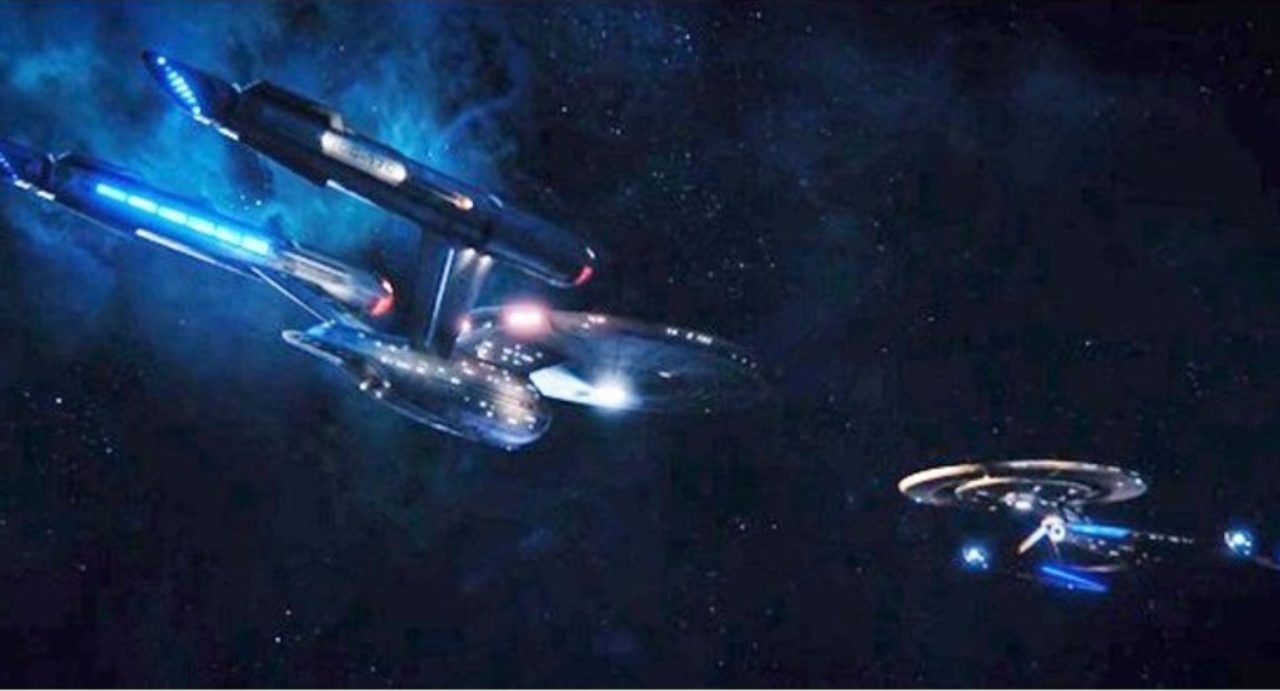 I’m as baffled as you but apparently, the production team behind Star Trek Discovery actually listened to the fan complaints (and there was a shitload of justified complaints) from the shitfest that was Season one.

Just about everything in Season 1 of Star Trek Discovery was an abysmal failure. The storyline fucking sucked, the Mary Sue was off the charts constantly rewarding a character as a hero who deserved nor earned any praise. The plot holes were enormous and predictable. They had the wonderful Jason Issacs playing an interesting, edgier, more realistic Captain Lorca and ruined him.

The special effects looked like they were done on a Commodore VIC-20. They ruined the Klingons and made them fucking purple. They made the beloved, roguish Harry Mudd a murdering sociopath. They ruined the iconic look of the Enterprise for no apparent reason. They had the genius of Nicholas “Fucking Star Trek II” Meyer on the staff as a prop and never let him contribute. There was no actual Star Treking and it was fucking boring and forgettable.

For those keeping score here are a few of the finer points of the Michael Burnham character from season 1:

Literally, the only thing they got right was the supporting characters. Doug Jones played one of the most insatiably iconic Sci-Fi characters I’ve seen in years in his portrayal of Saru. Mary Wiseman played a perfect parody of annoying millennials in Tilly and Anthony Rapp was awesome as the prickly McCoyesque Stamets.

So the fact that they pulled that pile of runny shit together and made something pretty fucking good was frankly fucking astonishing and should be commended.

So what changed? Well, everything changed, literally.

There was a creative shakeup. They brought in Anson Mount who was born to play the likable Captain Pike as the unofficial co-lead. They have to pretend Sonequa Martin Green is the lead for SJW PR purposes apparently but Mount is clearly the sharing the top billing.

The special effects are amazing, there is a really cool premise for an actual Star Trek story with actual exploration and wonder. The action was a little over the top but compelling and within the context of the story. The terrific characters from last season are back and still terrific and most shockingly the character of Michael Burnham is actually really good. Yes believe me no one was as shocked at that aspect as me but she’s really good here.

And as an aside, it looks like they are towing the Enterprise in for a refit to make her look like she’s supposed to look. On the downside, there is plenty of gratuitous girl power moments but this time it feels earned and within context, it doesn’t really bother me.

In a nutshell without spoiling too much. The disabled Enterprise shows up after encountering a mysterious cosmic entity. Pike assumes command of the Discovery to investigate the phenomena when they encounter an asteroid with unknown scientific properties.

They find a crashed starship with survivors on the asteroid and mount an exciting rescue mission. Burnham finds out that Spock suffered a nervous breakdown (similar to his reaction to V’Ger in Star Trek: The Motion Picture) as the result of some connection to this cosmic entity and vanished. Pike begins his tenure as the new Captain of the Discovery with anticipation for adventure and exploring the unknown.

Honestly, it feels like Star Trek to me. We certainly have a ways to go but they stuck the premier. Just fucking watch it, you will be entertained and if you aren’t?  Oh well, fuck off. Oh, incidentally, when you’re watching this show and enjoying the performance of Anthony Rapp, keep in mind that this is the person Kevin Spacey (allegedly) raped when he was a little boy, for the Kevin Spacey apologists in the crowd.