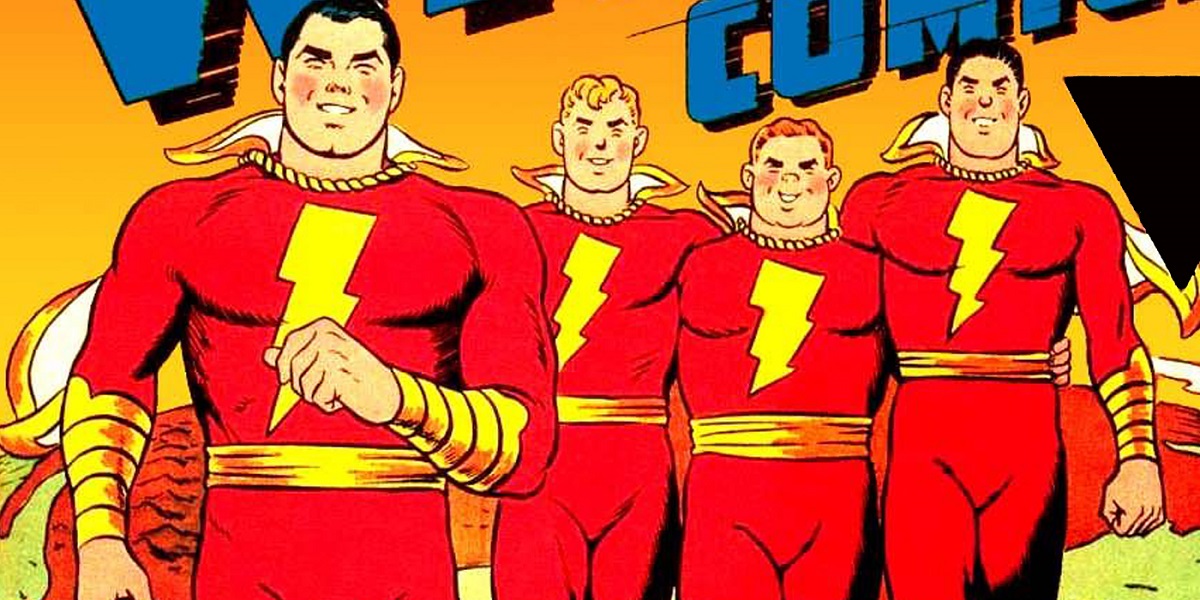 After the latest piece of fucking shit Star Wars trailer dropped, with Mark Hamill’s raspy two packs of cigarettes a day voiceover over a series of really fucking stupid, jerky scenes that elicit a feeling of nausea, I was quite angry.

My life is stressful (whose isn’t?) but great (sadly, not everyone’s is). I’m in a really good financial position, have a really beautiful woman who loves me, I’m devastatingly handsome and besides the bone spurs in my shoulder, I’m pretty close to the best shape of my life, my parents are above ground and my mother has found happiness in life in her mid-60s.

I had intended to sit down and write an article scorching JJ as a hapless mimic with the ability to only make inferior, unemotional vignettes of awesome things he (and many of us) saw Lucas and Spielberg film when he was a kid.

Like homage pieces without the heart or panache, he’s like one of those hacky painters that make a living copying DaVinci paintings.

I had intended to say very snarky things about Rey’s unearned God power that no Jedi had ever shown before, all with nearly no training. Or the fact that Kylo Ren is an awful, millennial, daddy-issue character with an awful costume and a stupid fucking lightsaber that would cut off his own fucking hand off every time he wielded it.

I was going to say that if anyone involved with this trainwreck of a reboot cared about the mythos of Star Wars that someone would have hired Timothy Zahn and had him adapt his wonderful Heir To The Empire series for the films. Certainly, they could have been tweaked to reflect the long passage of time and even incorporate some of the next generation characters if you felt the need to do so. Han and Leia’s kids are in the novel after all.

I was going to say the only thing I even remotely enjoyed was seeing a Billy Dee Williams even though I’m sure it’s a cameo and for cheap nostalgia. It’d be great if they gave him a large role in the film, but you know they won’t.

I was going to say it would be great if they treated a beloved American, mythic cinema franchise like Star Wars and Star Trek like a professional sports team.

Assembling the very best players and coaching staff with a supportive front office all based on ability and merit and a goal of a championship rather than politically inclined executives being only concerned with diversity first, shoehorning round diverse pegs into square holes, hoping a story comes together around them with some perverse faith that marketing and diversity will equal out to deliver charismatic, legendary stories for the ages.

I was going to say those things and more and then I saw Shazam! (Captain Marvel, the real Captain Marvel since 1940). And my anger disappeared and my heart filled with optimism and happiness and for at least 2 hours my faith was renewed.

What a phenomenal uplifting experience.

Besides, Star Wars is dead anyway, who fucking cares, maybe the Boba Fett Show will be good.

Shazam! (Captain Marvel) is the ultimate story for both kids and those young of heart who aren’t too jaded to still dream, an orphan boy with a pure heart that can magically become Superman and with a word, revert to a child and have a loving, kindhearted, family waiting at home to share a dinner blessing with after saving the world. 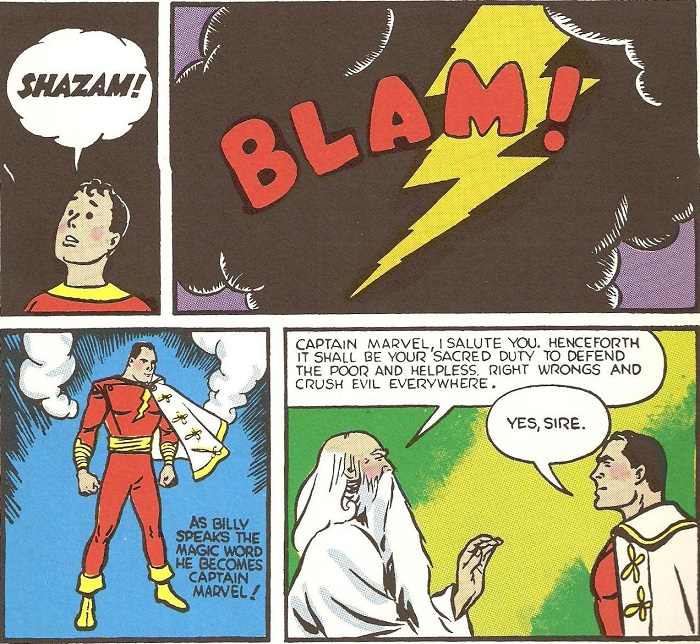 What greater dream could a young child have? 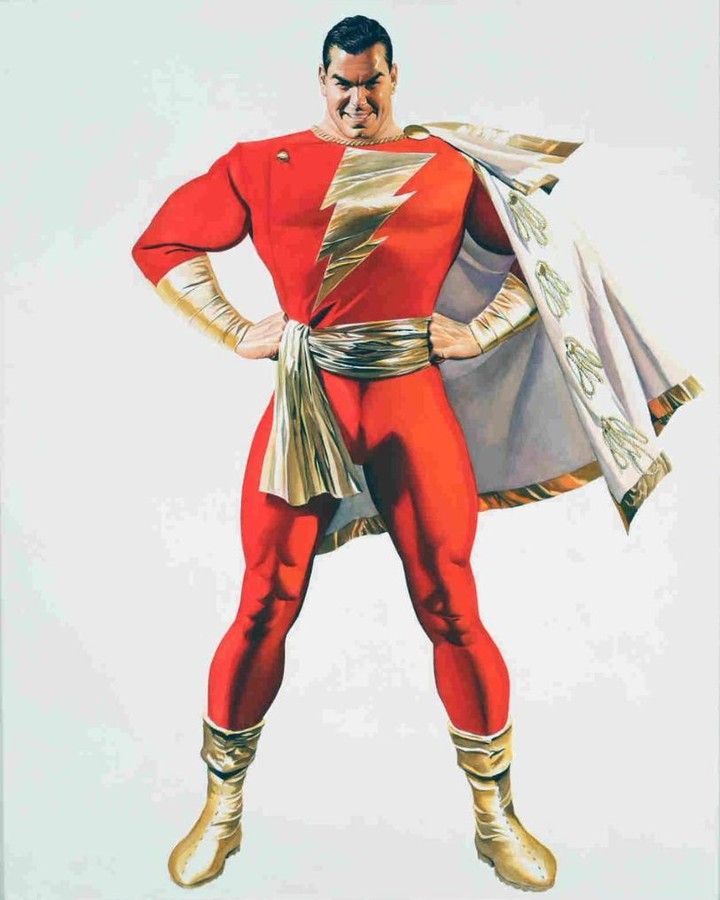 This movie has heart, it’s not perfect by any stretch but it’s near so, maybe the next one will be.

If I have one complaint, it’s that Zachary Levi is a little over the top in some scenes as if he’s playing his interpretation of a 14 yr old boy, not the particular 14 yr old he’s supposed to be playing (if that makes sense).

The actor playing young Billy is actually more reserved, more sage. Maybe I’m just nitpicking, but had he toned it down just a bit, and picked up on the nuances of the young actor playing Billy, it would have been perfection.

Regardless it was masterful and mesmerizing and I suppose the point is the coming of age and showing maturity whilst yielding great power, yet maintaining the whims of childhood.

Captain Marvel was always one of my favorite comic book characters back when comics didn’t fucking suck.

Do you want to read a comic book as photorealistic as a movie, as it is in print? Read Alex Ross’s Kingdom Come and see Captain Marvel and Superman go toe to toe.

It’s a masterpiece created by a genius artist in any era or genre.

The supporting cast is all wonderful. Billy’s adoptive family are all joys, the parents and the kids. The end payoff involving the kids will have the most cynical asshole smiling ear to ear.

The casting of Billy’s family is wonderful, I’d love to break bread with them. It’s nice to see good people portrayed without ulterior motives or agendas, they’re just nice, loving people. They actually show them having a manger in the front yard and holding evening dinner prayer.

Mark Strong is menacing, at heart he’s an angry ignored little boy, he’s a good actor and he plays that part well. Not the greatest villain but most comic movies tend to have weaker villains for their freshman outings.

I suppose we’ll be seeing the Rock as Black Adam in the next one as the antihero baddie. 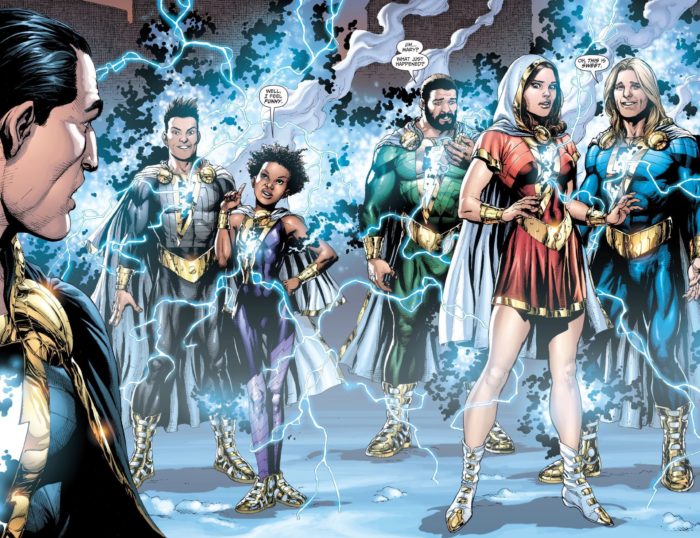 The movie has heart, it’s tone is silly at times but then again so were the first two Superman movies and they made us believe a man could fly.

This film is more of an ensemble piece because the kids are as wonderful as the lead. But when Zachary Levi finally decides to find his potential he really shines and shows how much he was born to play a Superman.

It’ll be interesting to see how they develop his powers in the sequel because they are only limited by his will and imagination. Catching a bus is just the tip of the iceberg for his strength level. He’s lifted mountains in the comics and he’s arguably as strong or stronger than golden age Superman.

Look, the cinema landscape has been bleak. Unless Tony Stark or the Marvel Universe is in the movie there hasn’t been a whole lot to jump for joy about.

I really liked Wonder Woman and Aquaman was an ok throwaway popcorn flick, but the rest of the modern DCEU stuff has sucked balls.

Shazam! (Captain Marvel) is truly wonderful, please see it, please support this cast and David Sandberg. It has a few warts but it made me feel like a kid again.

Can’t say the same about any of the horrific, cynical, mass marketed, shit coming out of Hollywood nowadays.