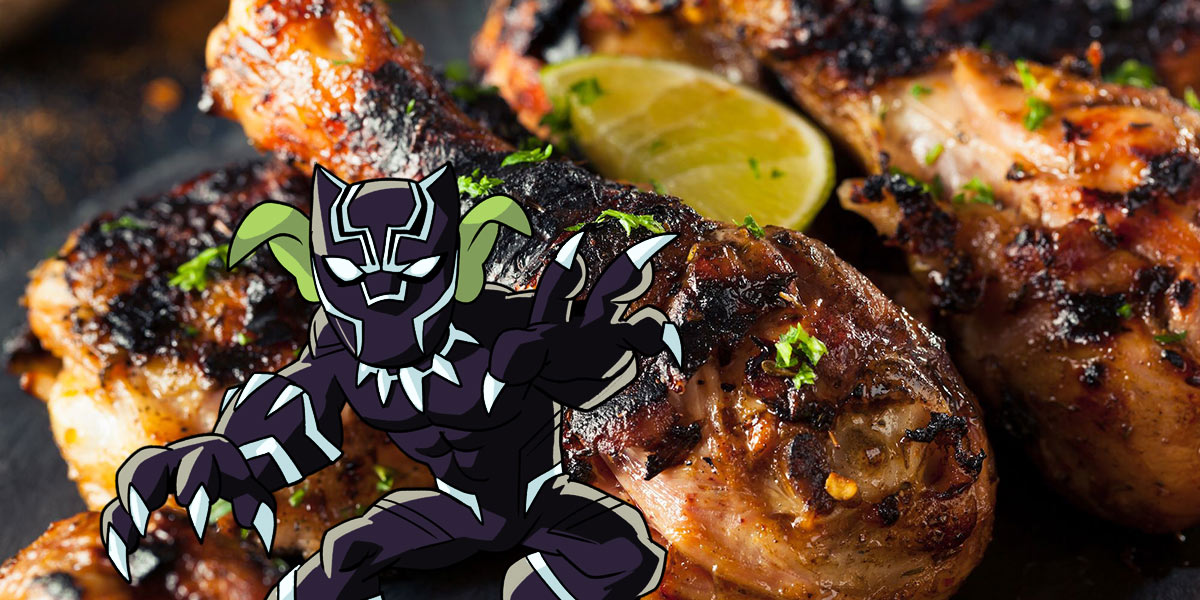 For today’s Tales From the Pantry, I decided to make an African dish inspired by Black Panther. But since Wakanda isn’t a real country with it’s own real cuisine I sort of had to improvise. Referencing filming locations in Avengers: Age of Ultron, comic book history trivia, bits of geographical descriptions here and there from other Marvel properties, and just research I came up with a culinary roadmap.

Africa is a giant continent and the food varies so wildly region to region that I really wanted to represent and be as authentic as I could.

The Road To Piri Piri

Avengers: Age of Ultron filmed in South Africa. The basis for some of the geography of Wakanda is Victoria Falls in Zimbabwe. In Agents Of Shield, it shows Wakanda being on the borders of Kenya and Ethiopia. The name Wakanda itself comes from a tribe in Kenya named Wakamba (commonly called the Kamba). So cuisine-wise I wanted to focus on south eastern African cuisine. And frankly, I wanted something I could eat.

I saw the Drafthouse in Austin is having an Ethiopian inspired concession stand menu in honor of BLACK PANTHER . For obvious reasons, I didn’t want to go that direction.

Oh and it’s colder (and rainier) than heck where I live with the possibility of snow this weekend. So I wanted something bright and tasty.

It lead me to Piri Piri chicken with rice! Piri Piri chicken (or peri peri depending on where you find the spelling) is a bright pepper citrus chicken marinade with sauce and then the chicken is BBQed or roasted. It’s traditionally South African with Portuguese influences.

Here’s the quick recipe (with pictures!): 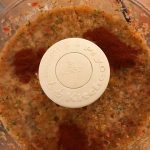 I added in my OJ, salt, paprika. It ends up coming up to be a salmon colored sauce.

When I cut up the hot peppers I wore gloves and took the seeds and the white rind out of the peppers. 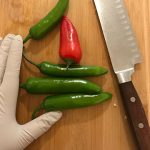 That’s the hot stuff. Don’t touch your skin, eyes, anything with the hot pepper juice on the gloves. That stuff can burn. Be careful.

I bought a value package of chicken legs and split the contents between two gallon sized zippy bags. I put chunks of oranges in the bags and poured the marinade into the bags, sealed the bags, and let marinate for about 20 hours (I work nights, I was sleeping). 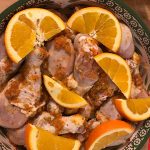 It is snowing. No grilling. Instead I roasted the chicken.

Serving it with rice is a simple side dish that you can make in the rice cooker. Serve the chicken on a bed of rice. I packaged this in to go containers.

Every Saturday I do something fun with my sister. I wanted her to have a good lunch/dinner after we hang out.

I also have a sick friend and thought “what combats the flu more than hot spicy citrusy roasted chicken and rice?” That just sounds good, right? On a cold snowy day, when you’re at home with the flu, someone bringing you goodies?

It ran long. There was a weaponized-rhino that gave kisses. Sterling K. Brown is now a Disney Prince. It was a lot of movie. It was trying to be a lot of things to a lot of people.

Look, a lot of people have a lot of opinions about this, so here’s my overall two pennies:

The cast has charm and charisma to spare. Chadwick Boseman is an affable actor with a movie star smile. And The Bucky Aspect. If any of you know me you know I like The Bucky —he’s my favorite Marvel character across the board. Comics and movies.

I have big opinions about The Bucky.

So to have Sebastian Stan pop up and be my favorite sassy character and to hear him called “White Wolf”? Hell’s yes! Man bun included!

This movie was a chance for me to watch a fun movie, try some cuisine I’d be interested in cooking more, hang out with my sister, and have a good Saturday. That’s what movies are meant for, right? To make one happy. So definitely a success. With leftovers!