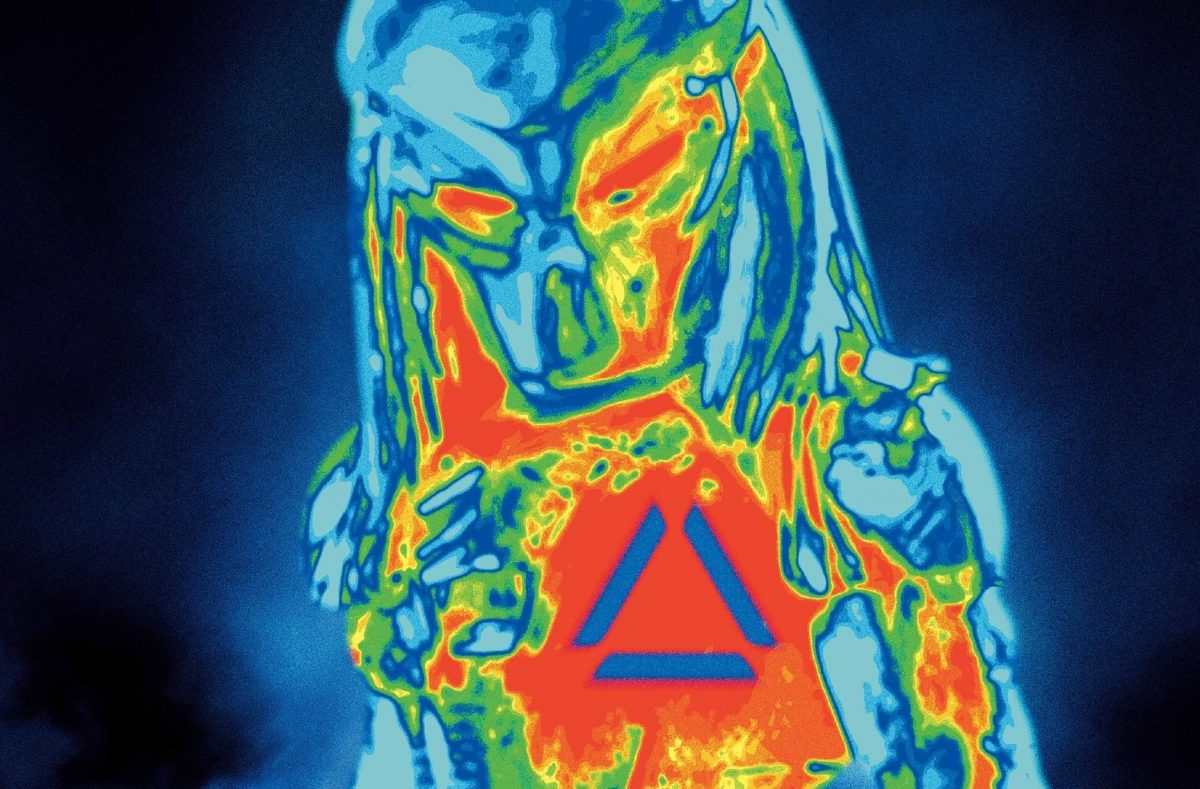 Shane Black’s The Predator is a hybrid action-comedy and creature thriller. While it doesn’t go into Gremlins 2 territory, the movie clearly knows what it is.

It plays with the fact that it is a sequel to a rather played-out franchise.

While the mixed tone may be jarring for those wishing for a serious follow up to Predators (2010) it is entertaining to see the film almost go off the rails at times as it moves from zany to deadly serious.

Pushing Too Many Pencils

The basic story is a kid gets a hold of some Predator tech and then brings the bigger, upgraded Predator to a suburban setting. It’s not really too hard to figure out that the kid, Rory , is connected to one of the ex-military on the bus shown in the trailers, specifically as the son of Quinn McKenna (Boyd Holbrook).

What isn’t shown is that kid is autistic which is the explanation of how he is smart enough to figure out the Predator technology.

The trailer also shows the 11 foot tall Upgrade Predator battling with a normal Predator. It turns out the regular Predator is a fugitive, trying to escape with a secret weapon to use against this new breed of Predators.

The renegade’s ship is shot down which precipitates McKenna having a brush with a Predator and getting his hands on the technology which inadvertently is shipped to his estranged wife and son.

Essentially the film is race to find the kid, to find the ship, to stop the Upgrade Predator.

While the Upgrade is hunting the Fugitive, the secret government scientists, lead by Sterling K. Brown’s Traeger are hunting McKenna and a group of escaped institutionalized ex-military dubbed the “Loonies,” as well as Olivia Munn’s scientist character.

Then there is a twist (SPOILERS) when the Upgrade Predator abducts Rory for genetic sample/spinal fluid (because autism is apparently the next level in evolution for humans).

Each proper Predator sequel has tried to put a spin on the first film. The Predator injects humor and self-awareness to differentiate itself from the other entries. The call back lines and characters referring to the creature as “The Predator” and then joking about the nomenclature highlights how the script just has fun with itself.

Verisimilitude is out the window as characters and concepts inhabit a heightened reality, almost like a cartoon with violent decapitation and disembowelment.

In addition to some of the borderline goofiness, the film tries to flip the script on the first Predator, with varying degrees of success. The team is made up of broken and damaged soldiers instead of the squad of macho men lead by Arnold.

They aren’t as memorable as the original squad, but they are still an interesting ensemble and they manage to stay alive quite a bit longer.

The idea of a Predator hunting another Predator was already done in Predators, (as well a Predator dogs) so that feels a bit of a rehash. The change of location to suburbia felt a little underutilized.

The performances were mostly good across the board. The dialogue is fun. Sterling K. Brown seemed to love chewing up the scenery as the ruthless government baddie.

Olivia Munn’s scientist character is not very compelling though, but she does have unexplained firearms training. Perhaps a scene was missing. Or it’s just one of the things in the film where the viewer just has to go with it.

One welcome return is the theme by Alan Silvestri, providing one of the only main links to the first film. Traeger makes note that the Predators have been coming to Earth for a while, but there is no real elaboration on these visits.

Gary Busey’s son Jake appears as the son of Gary’s Predator 2 character, making for a fun connection to Predator history.

No, Actually That Was Hemingway

Ultimately The Predator does not rise up from sequels of the past. Personal taste will decide the ranking with Predator 2 and Predators, but the tonal shift in The Predator may make it the most divisive of them. Predator films are always going to be in the shadow of the 1987 classic.

The original’s template seems to be baked into any sequels. The Predator tries to have fun with this dilemma and the attempt to inject some new DNA into the franchise is commendable.

While no high praise, the film certainly has more going for it than the disposable bubblegum of AVP (2004) and its mean-spirited, dreary sequel Aliens VS Predator: Requiem (2007).

The film is not much of an upgrade. It comes down to being just another middle of the road Predator sequel, but one that can be enjoyed on its own terms and offers something different to the series.