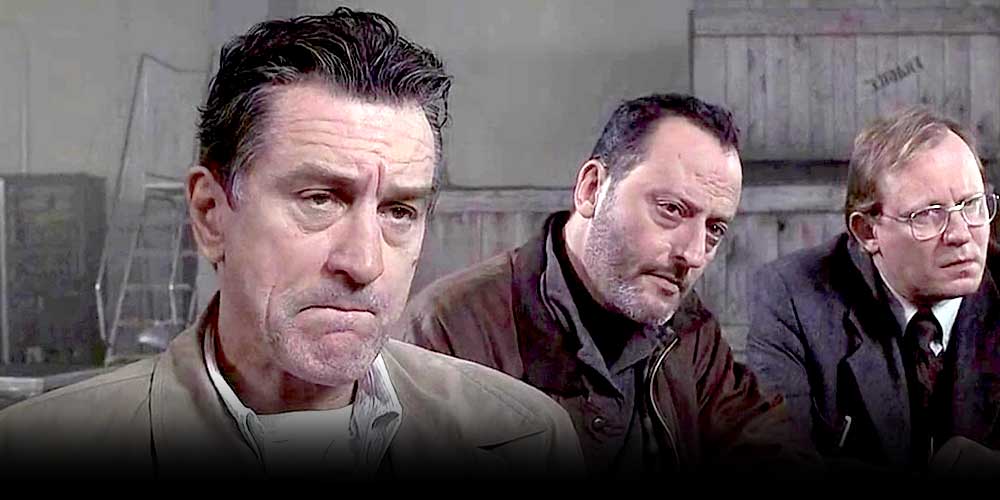 With the deluge of content available on the stream these days, selecting the right movie to distract us from responsibility comes down to a couple things:

You might also throw a third point in there: how easy is it for me to get for free?

Do I need to type in a bunch of letters into a search box using my TV remote?

Don’t fear, I’m here with recommended free movies that are just one click away. 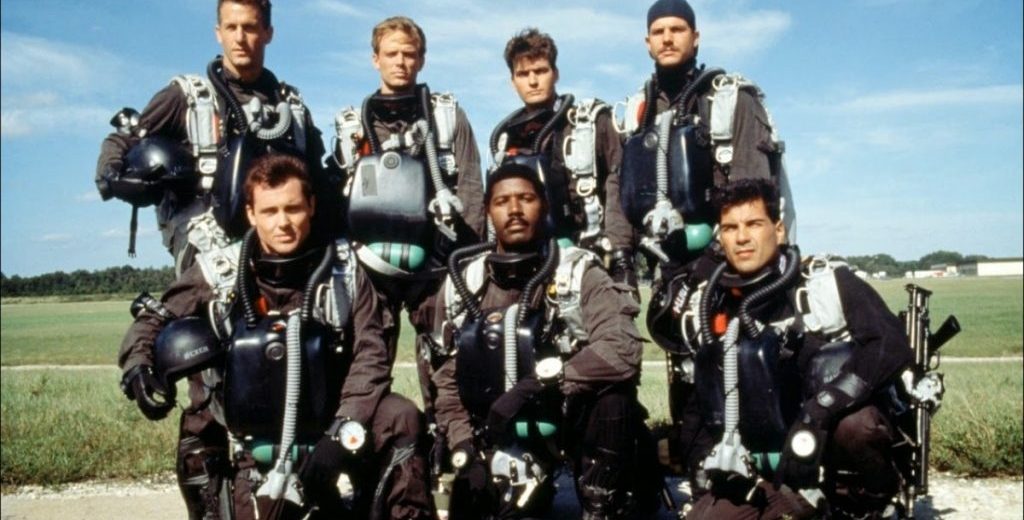 A battle-hardened SEAL Team sets off on a mission to destroy a shipment of US-built Stinger missiles that have fallen into terrorist hands.

This is a movie stuck in the worst parts of the 1980s.

You’ve got Movie-Of-The-Week action, douche-chillingly phony “that special bond between warriors” bullshit, lots of goofy tough-guy talk and one-liners which land with all the impact of a water balloon.

Plus it’s shot with flat TV-style that manages to make an exceptionally photogenic cast look like a bunch of homeless bums.

You’ve got heroic Americans fighting the real enemy. You’ve got a great “playing with the boys” moment involving golf cart racing. You’ve got Sheen at his most clean-cut doing a younger version of “Tiger’s Blood.”

Plus Bill Paxton going Crazy-Eyed Killa when he talks about taking out the enemy.

It’s great schlock and we love our schlock around here, don’t we folks?

I have one question though: why is there a sonar ping background sound in every scene inside the submarine?

An Irish bomber escapes from prison and targets a member of the Boston bomb squad.

Yeah, that’s it. It’s a straight-up revenge tale with some heavy Irish overtones and some terrible accents. Jeff Bridges plays the ex-IRA bombmaker who now works as a bomb tech for the Boston PD with a pre-Men In Black Tommy Lee Jones is the IRA terrorist bend on blowing Bridges all to hell.

This is the kind of adult action-drama Hollywood used to make all the time back in the 80s and 90s. Unfortunately, Blown Away seems to have been lost in the hype about Speed, which was also released in the summer 1994.

Overall, the movie is a tight, quasi-procedural competently directed by journeyman Stephen Hopkins.

Blown Away also has the distinction of having the largest explosion ever recorded for a movie. At least at the time, it was.

A monster emerges from Seoul’s Han River and begins attacking people. One victim’s loving family does what it can to rescue her from its clutches.

It’s been a long time since I’ve seen The Host but I remember it being very entertaining. This was before Bong Joon-ho went dirtbag-left legend with the fun but overanalyzed Snowpiercer and before he won gold for the excellent but perplexing Parasite.

A lot of people call this the best monster-horror movie of the last twenty years, but horror isn’t my thing so I wouldn’t really know.

When a gifted ghostwriter is hired to write the memoirs of former British Prime Minister Adam Lang, he quickly finds himself trapped in a web of political and sexual intrigue. Lang is implicated in a scandal over his administration’s harsh tactics, and as the ghostwriter digs into the politician’s past, he discovers secrets that threaten to jeopardize international relations forever.

If you can get past the preposterous-even-for-2010 conceit that the World Criminal Court would bring war crimes charges against a former Prime Minister of the United Kingdom, this is a very good movie.

Admittedly, that setup is almost as hard to believe as a just-elected President winning the Nobel Peace Prize simply for existing.

So I can understand if you avoid the whole thing. Or you might want to avoid it because it’s directed by a convicted pederast. I obviously got past both.

I went back and watched some of it today before writing this article and I’d put the screenplay up there with the best scripts of the last decade simply for being able to make ghostwriting a book interesting.

I wish this scene where Jim Belushi, Timothy Hutton, Netflix Punisher and Obi Wan spar over the specifics of the book project would have gone on for another five minutes.

Movie Clips cuts it off about halfway through but you get the feel of it:

The movie looks fantastic, the tension builds careful, the music is perfectly complementary, the dialogue is clever but natural and Kim Cattrall prancing around the office with an English accent makes me want to do very, very bad things to her. 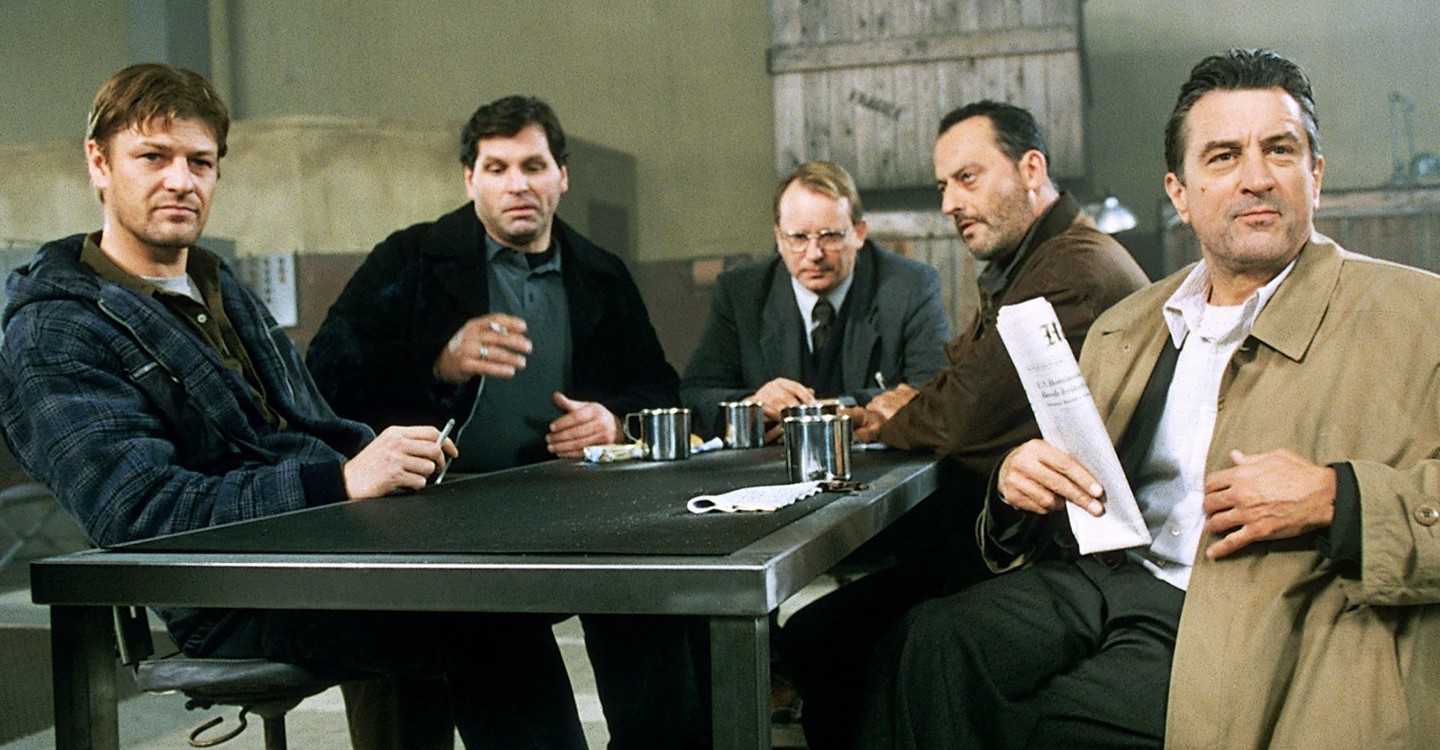 A freelancing former U.S. Intelligence Agent tries to track down a mysterious package that is wanted by the Irish and the Russians.

How many times have you seen this one? Hell, most of your probably own this movie in some capacity. To call it a classic would be an insult to how perfect Ronin is.

What can be said about this film that we haven’t said already? From the 2019 Film Goblin Queue In Review review:

I could gush about this movie all day but I won’t do that here. Go watch it now. If you’re a fan of noirish heist movies or car chases, this movie is the ultimate in combination of both. It truly could not be more perfect.

But so what? Many movies are great thrill rides.

What sets this movie apart is the theme that Mamet worked into the story.

Mamet always sets out to write tragedy — because tragedy is necessary — and in Ronin he succeeds admirably in confronting us with our capacity for betrayal.

Here are some other notable movies available free with ads on YouTube:

Now say those five movies are all better than the ones I’ve picked. 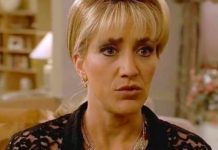