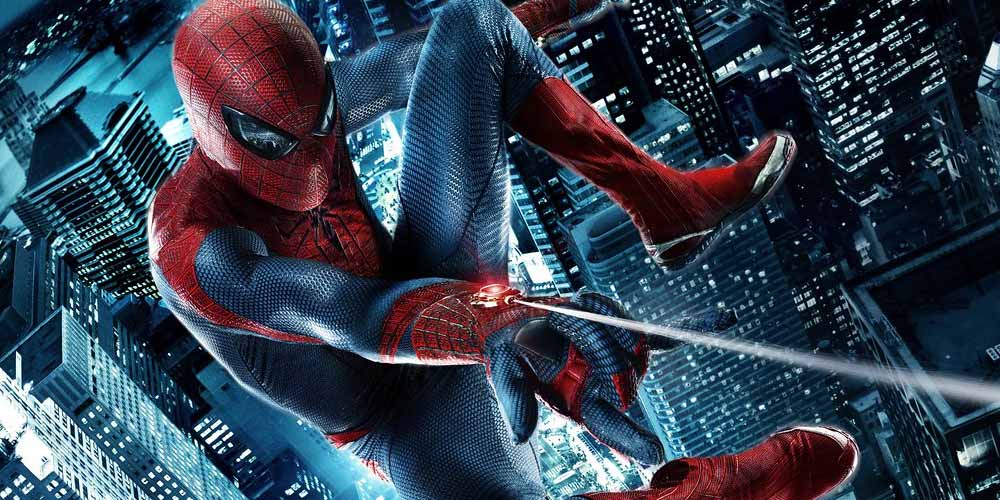 I Can Hear It Already…

But I have to see this through.

It’s the same nerd compulsion that made us collect a Power Droid or Ugnaught action figure.

So anyway, the Marc Webb/Andrew Garfield Amazing Spider-Man movies are a curiously dour and empty pair of films.

I could leave it at that and be done.

But… anyway… do you mind if I keep blabbering?

What’s noteworthy about these films is how unrelentingly small and unremarkable they are, especially the first one.

They’re entirely half-assed and unfinished, despite the presence of Andrew Garfield, who for my money was the best silver screen Spider-Man and the mighty James Horner, the greatest film composer of my generation.

Their talents were wasted.

One thing I neglected to give Sam Raimi credit for when I raged against his trilogy a month or so back is that he captured the “gosh-golly” innocence of the Lee/Ditko Spider-Man comics. And he did bring an epic feel to the endeavor regardless of how wrong-headed and plotless.

No matter what I may hate about those films I can’t say they’re forgettable.

Which Leads Me Back To TAS

It was well-documented on a great many film sites about how Sam Raimi walked away from a Spider-Man 4 with Tobey Maguire (who would’ve potentially earned an eye-popping $50 million to offend us again with his vacant, charmless Peter Parker interpretation) and Anne Hathaway as “The Vultress” because apparently Mr. Raimi, the man who gave us the triple-decker cheese whiz and succotash spectaculars that were his Spider-Man films said the script “wasn’t very good.”

That script musta been a humdinger!

So with their auteur out in the cold, Sony Pictures, in its infinite wisdom, decided to start from scratch on a movie series that was scarcely ten years old, hiring the ironically named Marc Webb as a director.

Many commented that it was his name alone that got him the job.

It certainly wasn’t his talent.

Webb was allegedly hired because he understood the nuances of drama, having just changed cinema as we knew it with his soul-searing, mind-blowing 500 Days of Summer and Sony press people said that at its heart The Amazing Spider-Man would be a romance — this time with Peter’s first true love from the comics, the ill-fated blonde bore Gwen Stacy.

That’s pretty much what happened in this movie. Same character. Different hair color.

I will say that Emma Stone seemed to be enjoying herself much more than Kirsten Dunst did. But she effectively played the same part — the downer girlfriend who stays at home and scolds the hero for being awesome.

At any rate, I may be going out on a limb here, but I suspect that Marc Webb was hired because he was cheap and he could be easily pushed around.

I was kidding about going out on a limb.

The one thing no fan wanted was another origin story that reiterated the tired old Spider-Man axiom that “with great power comes great responsibility.”

And Sony/Marc Webb didn’t care, bafflingly offering us yet another origin story but this time with the head-scratching life-lesson that with “great power sometimes it’s okay to not follow through and break promises.”

And this adage applies to the screenplay in every aspect. It’s pretty much the theme of the whole endeavor. It’s all dust and cobwebs.

A big marketing push of the film was that it would delve into Peter’s childhood and his abandonment by his parents. Offering us the “REAL STORY.”

There’s a prologue that offers us scenes Peter’s parents leaving him with Aunt May and Uncle Ben for some undisclosed reason, but the film is so preoccupied with world-building and shared universe that it doesn’t follow through with a reason for it.

Nor does it offer any sort of thematic cohesion with its plot centered around Dr. Curtis Connors a.k.a. The Lizard.

And this is where Mr. Webb proved he’s no Spidey fan nor was he a capable writer/director in any capacity.

In the comics, Dr. Curtis Connors is a family man. Has a wife and son named Billy.

Now I must admit there exists a deleted scene where Webb and his writers acknowledge Billy’s existence. But it’s another pointless turd that doesn’t add anything to the story.

If indeed the subplot of the movie was about Peter searching for his long lost family, It’s Screenwriting 101 to involve Curtis Connors’ wife and kid in the plot to give the thing thematic weight.

Ya dig? As in Peter/Spidey fighting with everything he has to preserve the well-being and continuity of the Connors family. To keep the son with the father, who has lost his way.

Connors/The Lizard, as portrayed by Rhys Ifans in the film, is a generic, rule-breaking mad scientist and a noticeably single man — or divorced man as that deleted scene reveals.

There is nothing beyond, “Oh, hey, I knew your dad” for Peter to have any meaningful connection to Curt Connors.

If you’re going to cart out the old Peter in need of a father figure trope AGAIN! Curtis Connors is the wrong man for the job, especially as portrayed by creepy, Welsh, child-molester looking Rhys Ifans.

Meanwhile, the other father figure, sage old Uncle Ben, this time depicted by Martin Sheen, barely registers as anybody worth missing.

We’re treated to his death again and Webb not only does a worse job than Raimi at lining up the particulars, he doesn’t even offer any resolution to the segment. At the end of the movie, Peter’s still searching for Uncle Ben’s killer.

I guess that dangling thread was supposed to lead to some other movie, but in the movie we had to watch, it was infuriating.

At any rate, the film’s action mainly took place at night or in the dark giving it a small and cheap Cinemax-y feel. The Lizard design was second only to Batman V. Superman’s Doomsday in terms of uninspired hackwork, displaying everything we need to know about Webb’s interest in the comic and character.

At one point Connors/The Lizard bursts into a scene wearing his trademark lab coat in a nod to the comics, and he quickly tears it off, as if to say, “Not your Dad’s Lizard!”

Lizard has a lab coat. That’s the deal. There’s no attempt to explain it:

“It’s his lab coat that makes him connect to his human self!”

But why bother complaining?

The screenplay and film are so rushed and unfocused it’s a chore just to work up a dander about it.

You all know how much I love Spidey, right?

This film made me not care.

Except for two major admissions.

So it’s my purpose in life to fight against the tide of nerd/pop culture groupthink that spews out hackneyed generalizations as gospel, such as:

“JJ Abrams wasn’t a good fit for Star Trek, but he was perfect for Star Wars.”

“Andrew Garfield was a good Spider-Man but a terrible Peter Parker.”

I say Mr. Garfield was excellent as both Spider-Man and Peter Parker. The poor guy was just cast in the worst possible movies.

Many bemoaned the hairdo and the wannabe skatepunk vibe and those were terrible creative decisions, sure, but the physicality, the smart ass attitude behind the mask and boiling, repressed arrogance as Peter was pure late 60s-70s Lee/Romita Peter Parker.

Again nerd culture groupthink and Tobey Maguire’s indelible non-performance shaped people’s consciousness into believing Peter’s a dork and a loser who just suffers through life as a neer-do-well.

I thought Andrew Garfield brought the right mix of insecurity and arrogance.

He wasn’t a blank-faced, mumble-mouth like Tobey Maguire and he’s definitely not the subservient lapdog that Tom Holland is.

I really wish Garfield had been the official Spider-Man for the Marvel Cinematic Universe.

Spidey needed to stand his ground against Tony Stark, not carry his golf bags for him.

And Garfield never phoned it in. You can see him in both films trying his ass off to make the films work emotionally.

A fool’s errand for sure.

If anyone could have phoned it in, it was the late James Horner.

He’s my favorite film composer but I’ll be the first to admit the man was a rip off artist extraordinaire. When he wasn’t into it, it showed.

It used to shock me, like when I first heard his The Journey of Natty Gann or Honey I Shrunk The Kids music.

Even Aliens just outright uses “Gayane’s Adagio” from Aram Khachaturian’s Gayane Ballet Suite (the same theme used in 2001) and Horner doesn’t even acknowledge that in the liner notes.

Troy blatantly uses Benjamin Britten’s War Adagio and again, no credit for it anywhere. Horner just took the music and the credit.

As I grew up and more cynical especially after learning what a grind the film world is, I just assumed Horner was likely following temp scores note for note, giving the director exactly what he wanted and nothing more.

But when the man hit his homers, Horner hit high, towering, game-winning grand slams that no one could touch, most notably in his Star Treks, Krull, Glory, Willow, Field of Dreams, Rocketeer, Braveheart, Apollo 13 and Zorro scores.

I went into Amazing Spider-Man figuring we’d get a bored Horner, but I guess he was sick of sitting out the superhero genre and came to play, offering a dynamic main title that kicks off with a Morricone-esqe solo trumpet to signify a lone gunslinger, or in this case, Webslinger.

After a long stretch of nothing but Zimmer and his clones’ moronic electronic diddling and sound design, it was a rare extravagance to actually hear a heroic theme in a movie again.

All of it wasted on a limp tale from a man named Webb, that goes by the name o’ The Cobweb Kid.