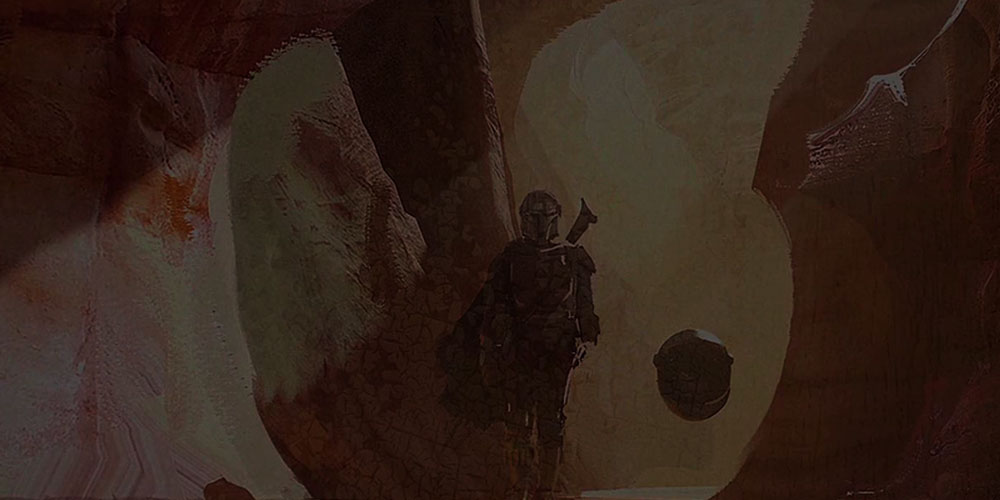 Author’s Note: An incomplete version of this review was posted two days ago by a reckless editor. The editor has been disintegrated.

You only care about seeing familiar things you know from the Star Wars franchise.

Sure, of course, you would love to see a new character who becomes iconic as Darth Vader or Boba Fett but you’re afraid that the people currently behind Star Wars are so inept and craven that whatever they could come up with wouldn’t fit into the universe; you know, kind like maybe a blind, Force-worshipping, non-Force using samurai.

Or, even worse, what they would come up with would be crass commercial exploitation of identity politics like that pointless silver stormtrooper.

And you’re not wrong.

But this doesn’t mean you have to accept the complete mediocrity of the fan fiction that Jon Favreau and Dave Filoni are just smart enough to know the hack for.

It’s simple: I call it fanertainment™.

The Four Commandments Of Fanertainment

This is what fanertainment is about: it’s about things. The ships, the guns, the monsters, the aliens, the unknown lore, etc.

Admit it: that was what episode one of The Mandalorian was and it made the fans incredibly happy. I even said it was the best Star Wars since the Original Trilogy.

This isn’t a crime again the franchise.

In fact, the Star Wars that we all remember and cherish was also about things.

Each iteration was a journey into the unknown whose destination was a wonder.

Return of The Fan Service

We can argue over whether The Mandalorian has any of the excitement, tension or adventure of the Original Trilogy — it doesn’t — but we have to agree that the first episode of the series did show us new things.

Unfortunately, with episode two we’ve returned to the safe space of the past.

You’ve got Jawas from A New Hope, a reek from Attack Of The Clones and baby Yoda doing force stuff from Empire.

Normal fans, whom we respect, will absolutely lose their mind and tell you that episode two is “a masterpiece” and “they finally got Star Wars right” just because it’s stuff they know and they like being serviced.

Are you not fluffed?

What’s worse, almost the entire 28 minutes of episode 2 is filler.

It does nothing to advance the story or explore the characters. The audience is in exactly the same place it was before spending another half-hour in the world of The Mandalorian.

The characters and scenarios are dead ends. It’s a side quest in a season that is going to be all of four hours long.

What this tells me is that Filoni and Favreau have absolutely no respect for the audience beyond showing fanboys things that will make them clap like trained Kowakian monkey-lizards.

Sorry, not into it. I’m not a Star Wars fan anymore.

Lucasfilm has burned me on seven films in a row.

I don’t care about seeing a new creature. A new ship isn’t really that exciting. I don’t give a shit about Jawas. I don’t give a fuck how cute a Baby Yoda is — I don’t need to pretend I have a soft-side on social media to get sex from fat Star Wars chicks!

Lucasfilm needs to earn back fans with compelling drama and exciting action set in the Star Wars universe, not simply recycling characters and iconography into a motif that while familiar, lacks energy, tension and, honestly, thought.

This is another side effect of fan service. Your entertainment doesn’t need to explain anything or make any sense because “look at this shiny nostalgia bauble!”.

We’re Finally On Our Own

But if you think about it, around 13,323 days have passed since the OT, so I’d say we’ve been on our own for a while.

This is what Star Wars is now.

Lucasfilm will never combine the quality writing of a AAA+ premium television series like the first few seasons of Homeland, Game of Thrones or House of Cards with the spectacle and wonder of Star Wars.

And they don’t have to because you’ll accept anything.

It’s your right to enjoy the things you know, but know yourself first.

Admit who you are.