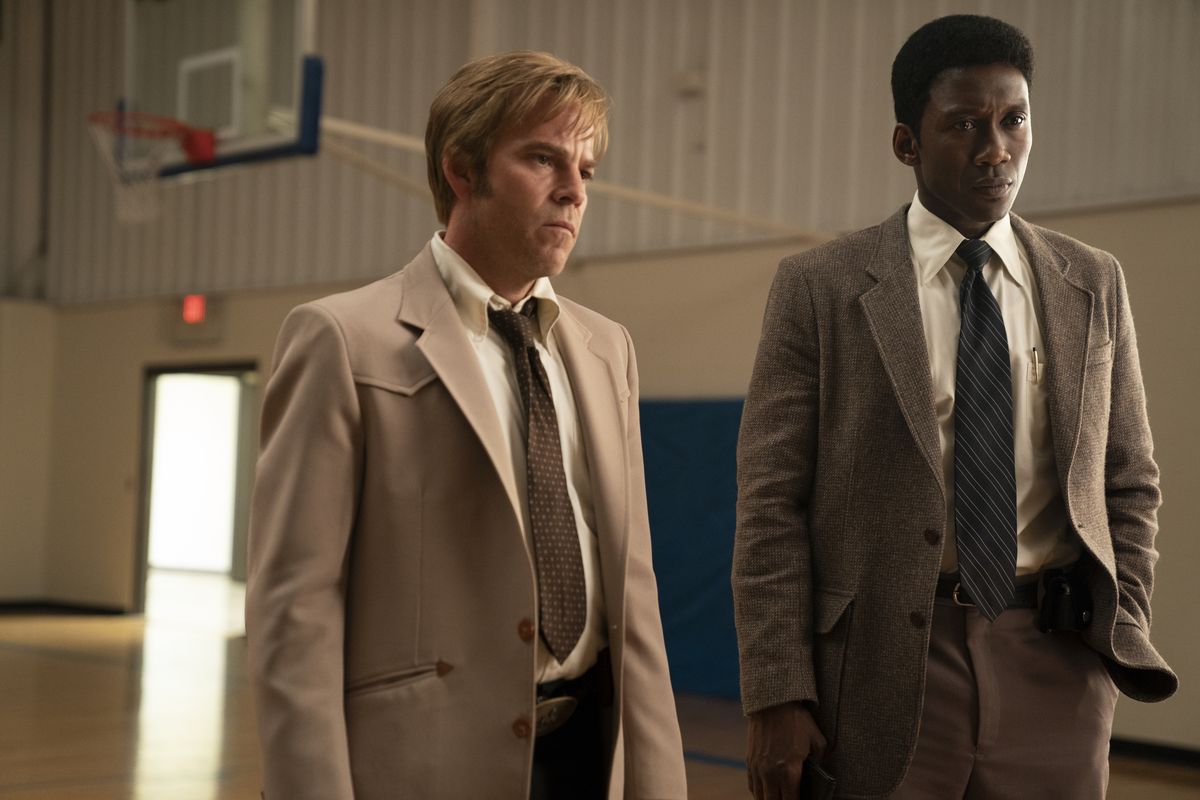 True Detective has me enthralled. What a fanfuckingtastic show.

No this isn’t the afuckmazing season one of True Detective with Matthew McConaughey and Woody from Cheers.

In fact, Mahershala Ali and Stephen Dorrff’s characters could be an alternate DC universe version of McConaughey and Harrelson’s characters from season one. The setting also happens to be the poor, rural south, previously Louisiana is this time Arkansas.

Unlike Star Wars (which fucking sucks worse than bedsores), that has a production team and creative staff who don’t listen to and loathe the fans, Nic Pizzolatto apparently has the humility to listen to his fans and embrace what made him and his creation the talk of the nation.

And unlike the producers of Star Wars, who clearly hate their iconic characters, HBO and Pizzolatto really love their heroes and it shows.

Not really familiar with his body of work but I did like him in Luke Cage as Cottonmouth.

This dude is a fucking man.

Watching him is a gift. He slips effortlessly from young, Vietnam-addled, hardass detective to 40-something family man coming to grips with emotion, love of family and his wife with the disturbing past nipping at his heels to Alzheimer’s ridden older man, flooded with unfiltered emotion, darkness, flickering memories and the great indignity of losing his once keen faculties.

Best acting on TV hands down, probably in cinema as well, judging by the endless flow of horseshit coming out of Hollywood.

If you’ve ever seen Cuckoo’s Nest or Last Detail you know what I mean and if you haven’t seen those films, fuck off you soy sucking, millennial douche. I could watch this guy act all day long playing wry humor, slightly cynical characters and be very happy.

The supporting cast is quite good as well.

Anyway, I’m not going to spoil anything because I haven’t gotten that far in and I’m not sure where this is heading and I really like that.

This show feels like a pair of comfy Levi jeans. It’s gritty and real like Star Wars used to feel. The practical makeup is phenomenal unlike Disney Star Wars over-reliance on CG.

So fucking watch it.

Thank you to Nic Pizzolatto, the creative team and producers who listened and actually cared enough to go back to the formula than enthralled a nation and “Fuck You” to the team that made the most loved franchise in history, Star Wars, into the most loathed franchise in current times.