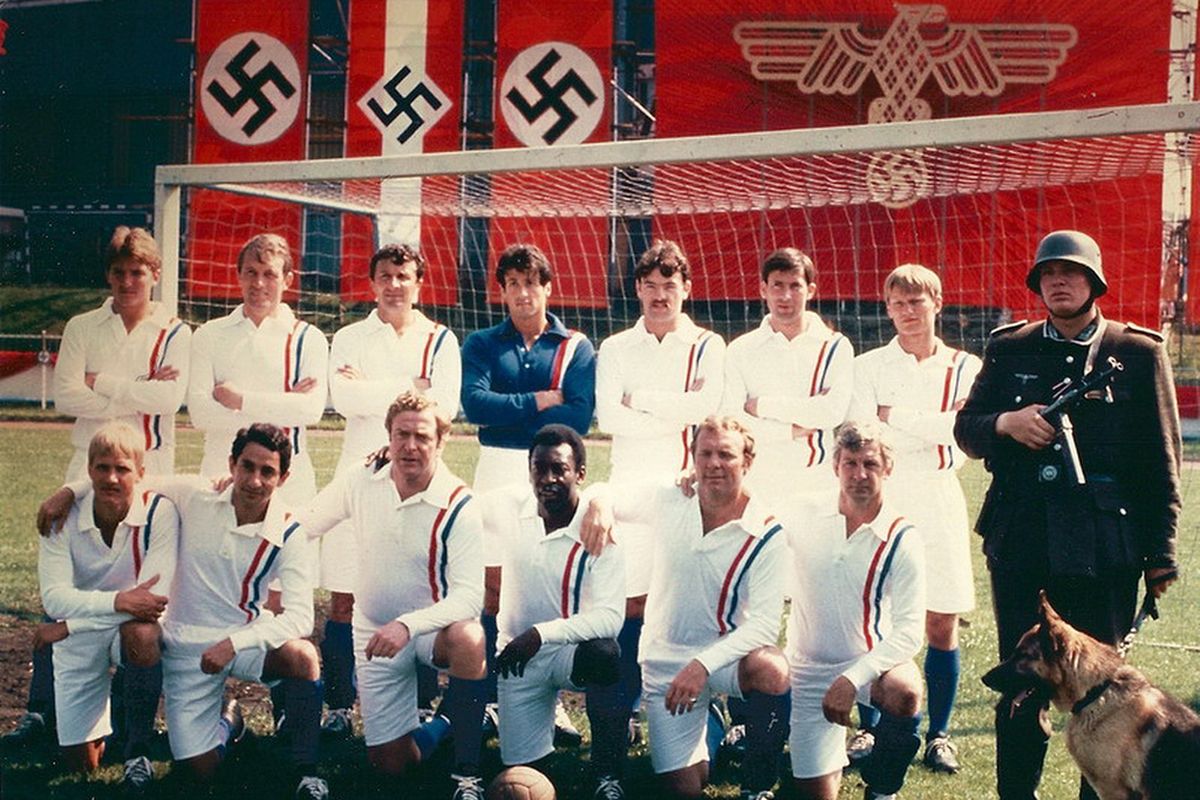 “Where Do I Stand For A Corner Kick?”

As I write this, the 2018 World Cup in Russia is fully overwhelming my brain.

It also reminds me of one of the least guilty pleasures, for the working, adult father that I’ve become, combining my movie and soccer-obsessed dorkiness into one raging volley. I’m talking about the movie Escape To Victory, of course.

I remember Escape To Victory as a youngster as a great movie, Pele’s genius on the football pitch with Sylvester Stallone outwitting Nazis.

Viewed through today’s eyes, Escape To Victory has aged fairly well, its plot is still daft and the idea of a middle aged and flabby Michael Caine playing for West Ham remains utterly farcical. Despite all this, John Huston’s film retains its charm and Pele’s overhead kick is still beautiful.

The plot is simplicity itself: in a prisoner of war camp, a nice Nazi (Max Von Sydow) arranges with Brit prisoner and professional footballer Colby (Michael Caine) a friendly football match between the allied prisoners and a team of Nazi German guards.

“This Frigging Game Is Ruining My Life”

Many famous footballing superstars of the day play for the allied team, including Bobby Moore, Mike Summerbee, Pele and Ossy Ardiles. Cocky American prisoner of war Hatch (Sylvester Stallone) also talks himself onto the team, first as trainer and then goalkeeper. Colby is under pressure from the plummy British officers, led by Daniel Massey’s Colonel, to use this as an opportunity to escape.

As the match day approaches, plans for an escape are organised by the French resistance (the Stadium is in Occupied Paris) while the Nazis make sure the German team is full of professional players and a biased referee.

The final third, the big match, is still one of the best depictions of a football match to grace a movie production, with some quality attention to detail finally devoted to showing off the beautiful game.

Honestly, silly as it is, you have to have a heart of stone not to cheer when the allied team refuse to escape at half time because they believe they can go on to win the game.